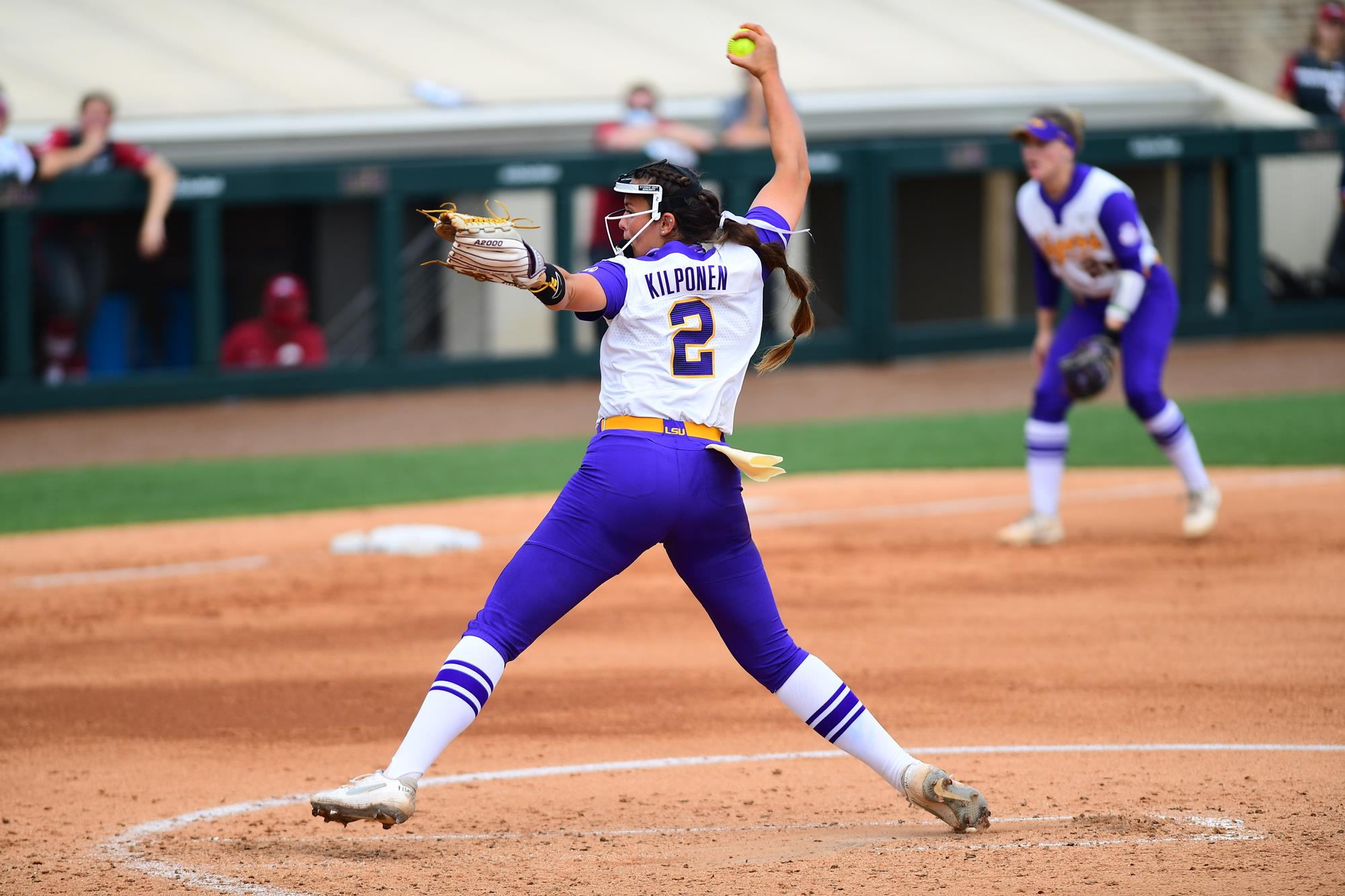 The Tigers took game one of the DH, 2-1, but fell in game two, 4-1, to drop the series against the Razorbacks.

Kilponen (13-6) threw LSU’s first one-hitter in an SEC game since Allie Walljasper against Tennessee in 2017. Kilponen allowed one run, walked three and struck out three in an efficient 92 pitches.

“Ali was really good all day today,” Torina added. “She keeps coming up big in these moments. I feel like when Ali is on she is as good as anyone in the league. She is so young, and her future is so bright. Overall, I thought we had some really strong performances on the mound all weekend.”

Mary Haff (22-5) was charged with the loss after going six innings and allowing two runs and four hits. She struck out three and walked two.

Arkansas got on the board in the first inning after a bases-loaded sac fly. The Tigers evened the game up in the first on an RBI-single up the middle by Amanda Doyle.

The Tigers took the lead in the second and held it until the end. With the bases loaded, Ciara Briggs hit an RBI ground out to give LSU the lead.

Game Two Recap
Starter Maribeth Gorsuch (2-2) was charged the loss. She gave up one run on hit and hit four batters.

Arkansas plated its first run in the first inning on a passed ball with two outs. The Razorbacks, the SEC home run leaders, extended their lead to 3-0 in the second inning on back-to-back jacks to left field by Linnie Malkin and Kayla Green.

LSU cut the game to 3-1 in the fourth. After a one-out double by Taylor Pleasants, she came around on a two-out single to center field by Amanda Doyle.

Arkansas made it a 4-1 game in the fifth on a double to left-center field by Aly Manzo that scored Green from first.

LSU will return for the SEC series finale Friday-Sunday against Auburn at Tiger Park. The opening game Friday will be televised on ESPNU with the final two games streamed on SEC Network+.