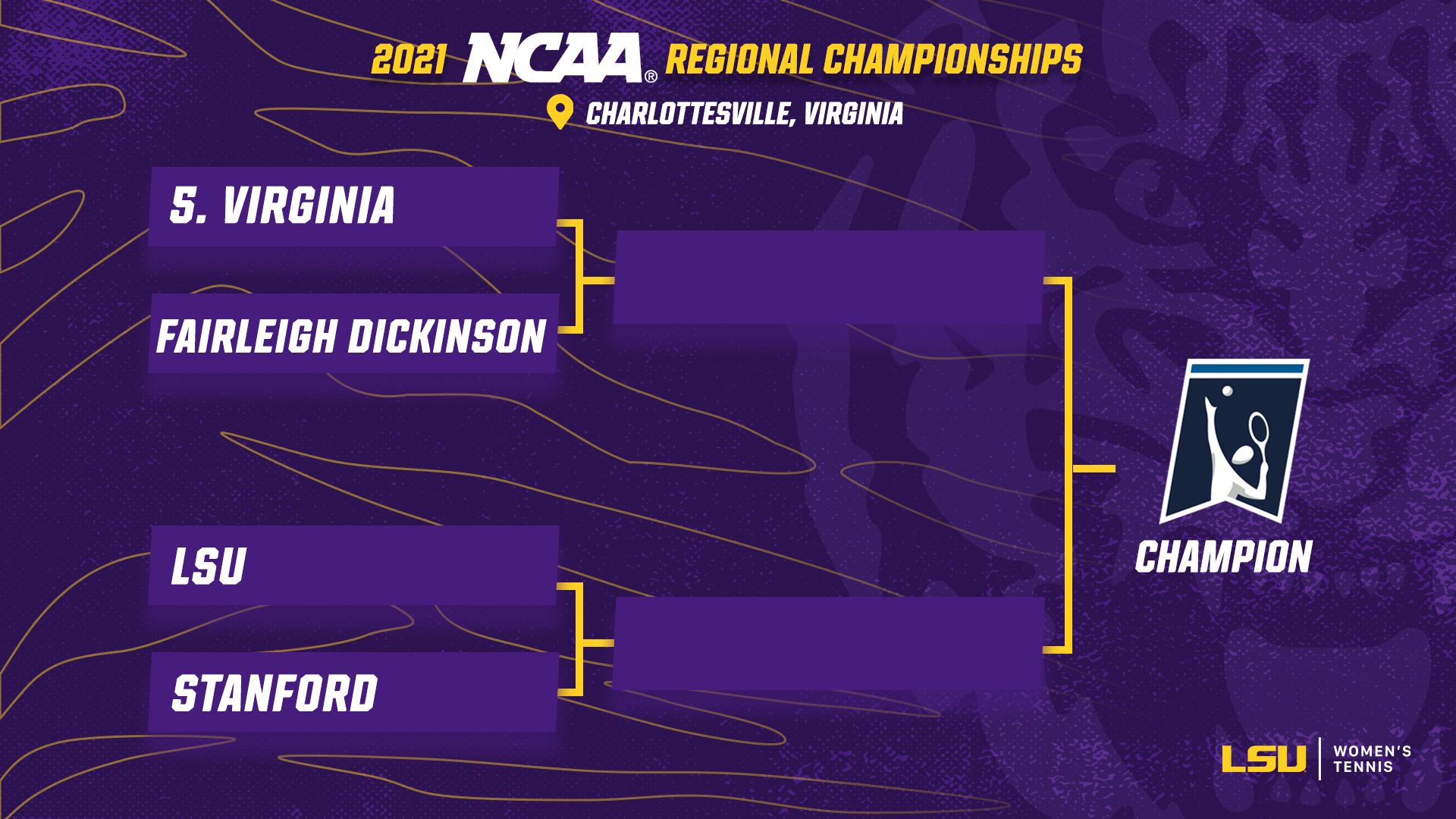 BATON ROUGE— The LSU men’s tennis team will be making its first trip to the NCAA Tournament since 2016 where the Tigers will face Stanford in Charlottesville, Virginia on May 7.

This is the 32nd NCAA Tournament appearance in LSU men’s tennis history and the first appearance with Andy and Chris Brandi at the helm.

“It’s good to be back in the tournament after five years,” said co-head coach Chris Brandi.

“This gives our program some momentum to keep going forward. I’m happy for the guys; they earned it. It’s a great challenge to play one of the most storied college tennis teams, Stanford,” said Brandi.

NCAA first and second round competition features four teams playing in a single-elimination format. The 16 regional winners will advance to the USTA National Campus in Orlando, Florida, where the eight teams will compete for the national championship May 17-22.