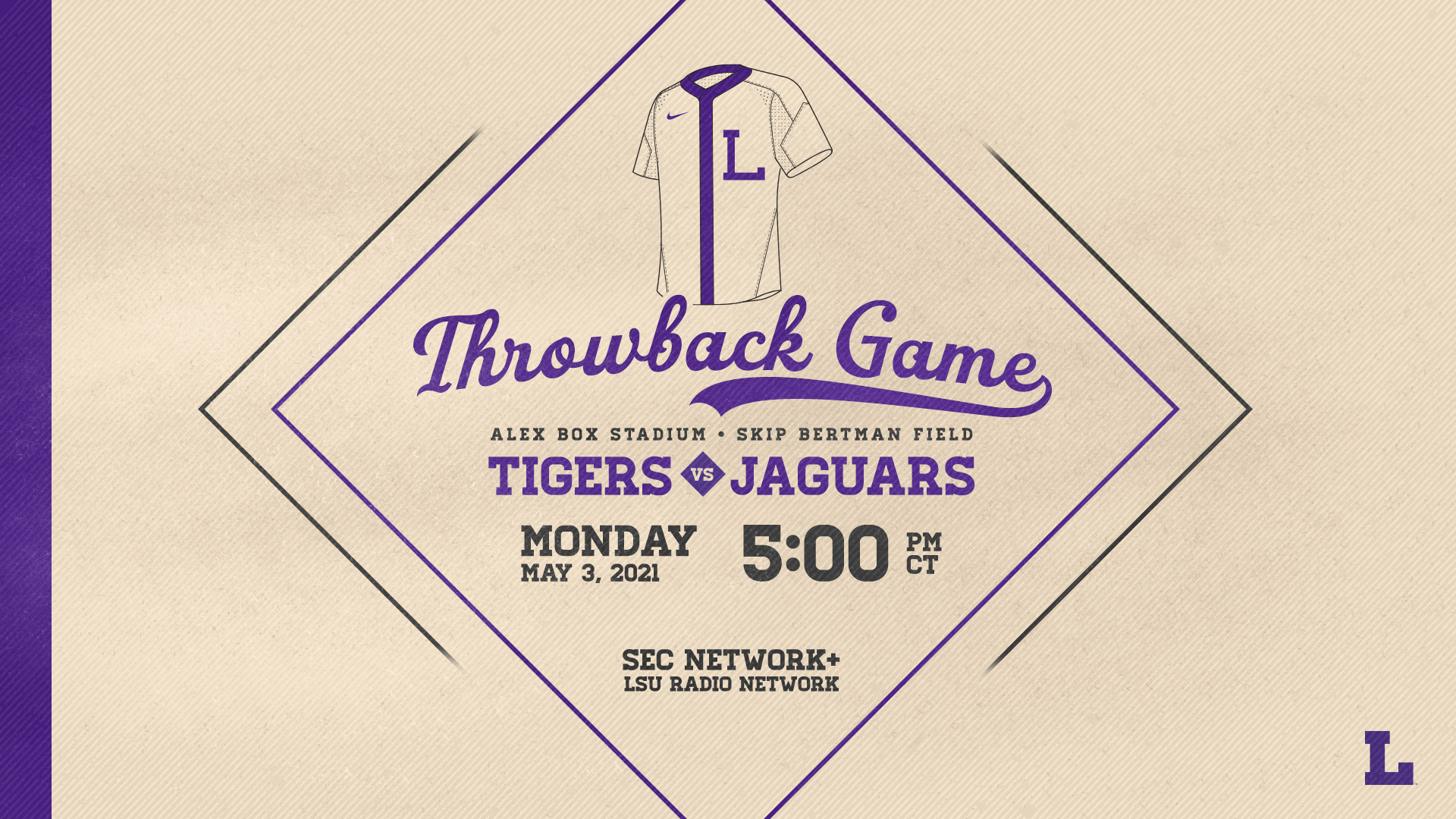 SERIES RECORD VS. SOUTHERN
LSU leads the series with its intra-city opponent, 55-3, as the squads first met in 1970. Monday’s game marks the second meeting this season between the teams – LSU defeated Southern, 16-1, on March 3 in Alex Box Stadium, Skip Bertman Field. LSU had won 14 consecutive games over Southern before the Jaguars posted a 7-2 win over the Tigers on April 9, 2019, at SU’s Lee-Hines Field. The Jaguars’ other wins over the Tigers came on May 3, 2005, a 9-5 Southern triumph in Alex Box Stadium, and on March 6, 2001, an 11-6 victory at “The Box.” LSU is 49-2 all-time against Southern in games played at Alex Box Stadium.

ABOUT THE TIGERS
•    LSU is No. 22 in the most recent RPI rankings, and the Tigers are ranked No. 1 in strength of schedule, having played the most difficult schedule in the nation through the first 11 weeks of the season … LSU has 63 home runs in 43 games this season; with one more home run, LSU will tie its total for the entire 2019 season; the Tigers hit 64 home runs in 66 games in 2019 … for the first time this year, LSU played without capacity restrictions in Alex Box Stadium, Skip Bertman Field for all three games of the Tigers’ series versus Arkansas.
•    Senior right-hander Ma’Khail Hilliard, making his first start in an SEC game since 2019, defeated top-ranked Arkansas on Saturday … Hilliard worked five innings and limited the Razorbacks to one run on two hits with three walks and three strikeouts … he fired 79 pitches, 51 for strikes, and improved his record to 4-0 this season … Hilliard also earned a win over Grambling State Tuesday in a starting role, limiting GSU to no runs and one hit in three innings with no walks and five strikeouts … for the entire week, Hilliard was 2-0 with a 1.12 ERA in eight innings, allowing one run on three hits with three walks and eight strikeouts.
•    Freshman right-hander Garrett Edwards shut out top-ranked Arkansas in three relief innings on Saturday, helping to boost LSU to a 5-4 victory … Edwards started the sixth inning in relief of Ma’Khail Hilliard and blanked the Razorbacks through the eighth inning, retiring nine of the 10  batters he face … Edwards allowed just one hit with no walks and two strikeouts, throwing 43 pitches – 28 for strikes … Edwards also fired one scoreless inning on Tuesday versus Grambling State, allowing no hits and no walks with one strikeout.
•    Junior centerfielder Giovanni DiGiacomo batted .417 (5-for-12) in three of LSU’s four games last week with two doubles, four RBI and three runs scored … he was 4-for-5 in Game 1 of Saturday’s doubleheader versus No. 1 Arkansas with one double, two RBI and two runs scored … sophomore third baseman Cade Doughty batted .357 (5-for-14) in four games last week with one homer, three RBI and three runs scored … Doughty’s three-run homer in the bottom of the first inning on Saturday versus Arkansas gave LSU a lead it would not relinquish in a 5-4 win … rightfielder Dylan Crews hit .357 (5-for-14) in four games last week with two RBI and two runs scored … his clutch two-out, RBI single in the second inning on Saturday versus Arkansas extended LSU’s lead to 4-0 in game the Tigers would win by a 5-4 margin.

ABOUT THE JAGUARS
•    Southern is 13-25 overall, and the Jaguars have an 11-8 mark in the Southwestern Athletic Conference … Southern has a .242 team batting average with 18 home runs and 56 stolen bases in 74 attempts
•    The Jaguars are led at the plate by outfielder Tremaine Spears, who is hitting .322 with eight doubles, three homers and 21 RBI … infielder O’Neill Burgos is hitting .319 with seven doubles, three triples, four homers and 22 RBI … catcher Taj Porter has a team-high five home runs.