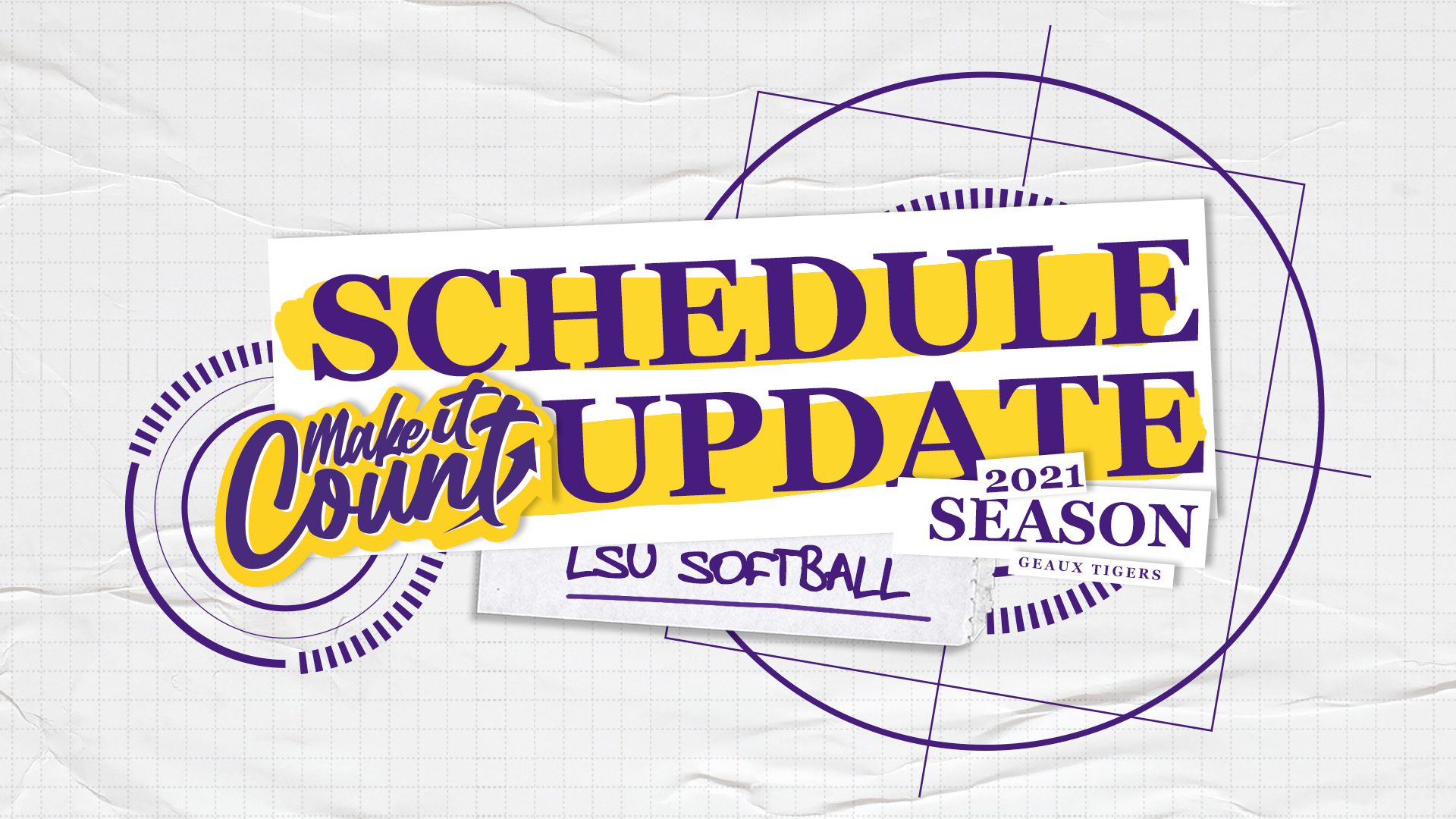 Game two of the series will begin at 2:30 p.m. CT and stream on SEC Network+ through WatchESPN.com and the app. The series finale will start at the originally scheduled time of 6 p.m. and air on SEC Network with Michele Smith and Beth Mowins on the call. Patrick Wright will have the radio call of both games on the LSU Sports Radio Network.

Fans who have purchased a ticket for the originally scheduled game on Sunday may exchange their ticket for any remaining regular season softball game by logging into their account at LSUtix.net. After logging in, click on the “My Account” tab at the top of the screen, and then click on “Exchange” in the right hand corner. Select Sunday’s game, select the tickets you are wanting to exchange, and then select the upcoming game you would like to exchange for.