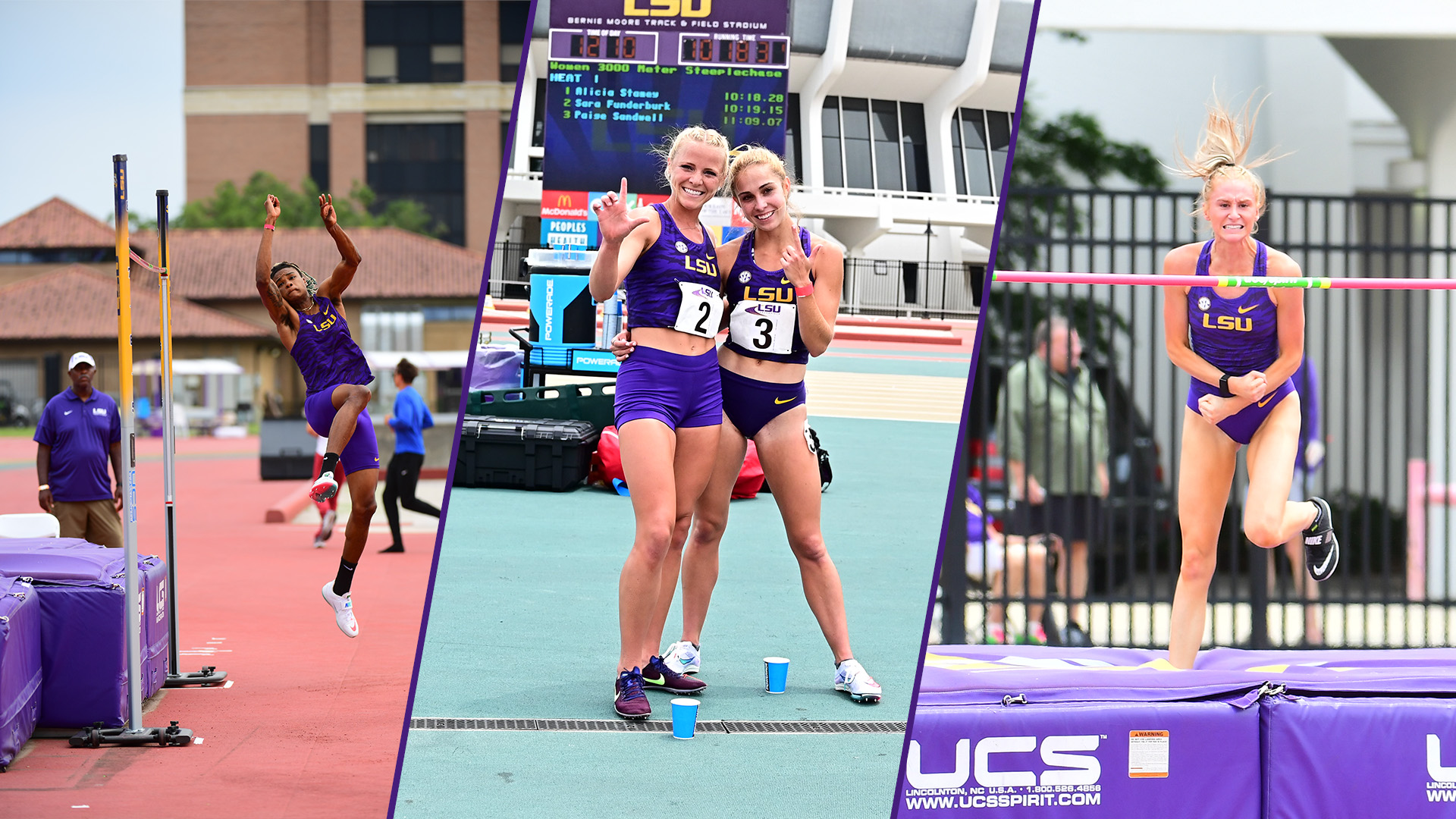 Four-time national champion JuVaughn Harrison was up to his usual things Saturday as he soared over a bar of 7′ 6.50″ (2.30 meters) to win the high jump with an LSU school record, NCAA lead, and the third best clearance in the world this year. Harrison’s career best clearance took down Tom Lange’s school record of 7′ 5.75″ that had stood since 1990. Harrison is now the NCAA leader in the long jump and high jump this outdoor season.

Jumpers Jump@jaay_jumps clears 7′ 6.50″ (2.30 meters) for the LSU school record and 2021 NCAA lead! It’s the third best clearance in the world this year.#GeauxTigers pic.twitter.com/ubCa1m2cnm

Abigail O’Donoghue matched the LSU school record in the high jump with her performance on Saturday afternoon. Easily her best showing of the outdoor season, O’Donoghue cleared a career best bar of 6′ 2.25″ (1.89 meters) to win the event and match Gai Kapernick’s school record that was initially registered in 1994. O’Donoghue moved up to No. 3 in the NCAA this year with that jump. Teammate Nyagoa Bayak cleared a outdoor season best of 5′ 11.25″ (1.81 meters) to take second and move up one spot into No. 7 on the all-time LSU list.

.@_abigailreese_ PRs with a clearance of 6′ 2.25″ to match the LSU school record! It ranks No. 3 in the NCAA this season!#GeauxTigers pic.twitter.com/X91jG8x7kK

Alicia Stamey and Sara Funderburk put on a beautiful display of steeple running to start the running races for the day. Stamey clocked a career best of 10:18.28 to break Susanne Strunz’s previous school record of 10:18.54 that had stood since 2001. Funderburk, less than a second off of Stamey’s pace at 10:19.15, became the third fastest steepler in school history with her personal best as well. Stamey and Funderburk finished first and second in the race.

Tyler Terry made the most of his 400 meter race today with a quality personal best of 45.18 in the 400 meters. He would have won the race if it wasn’t for LSU alumni Vernon Norwood clipping him with a time of 44.64. Regardless, Terry was the top collegian in the race and his PR of 45.18 made him the 10th fastest sprinter in LSU history and ranks him No. 9 on the NCAA list this season.

The LSU jumps crew swept long jump titles with Aliyah Whisby and Rayvon Grey coming out as the victors. Whisby notched a season best leap of 21′ 10″ (6.65 meters) to win the women’s event, and Grey used a wind-aided jump of 26′ 7.25″ (8.11 meters) to win the men’s side. The mark for Whisby made her the third best in LSU history and ranks top 10 in the NCAA this season.