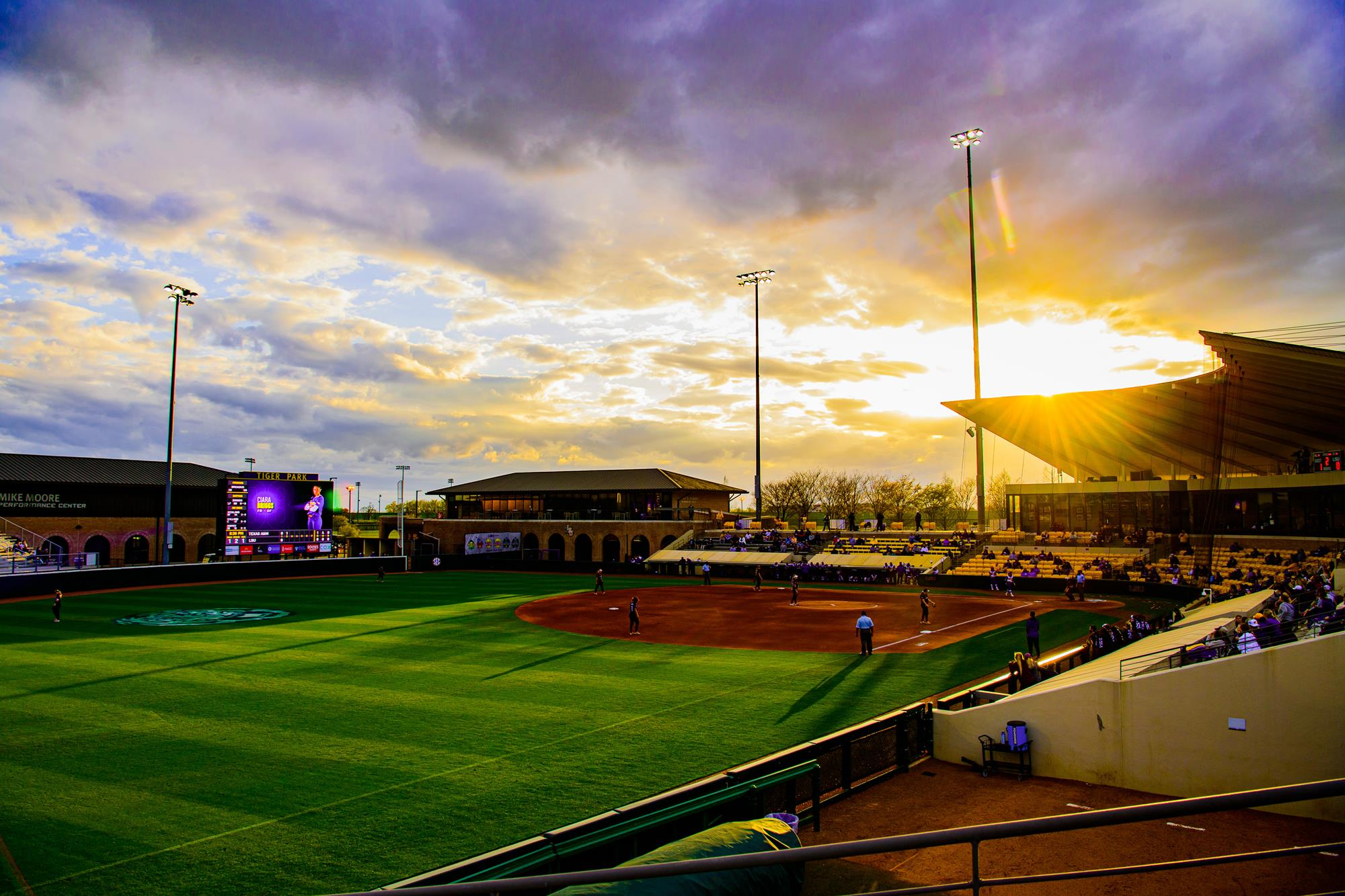 BATON ROUGE – LSU softball’s Tiger Park has been selected as one of 20 predetermined preliminary round sites for this year’s Division I Softball Championship, the NCAA announced Friday.

Due to the health and safety protocols surrounding the COVID-19 pandemic, it was deemed necessary to conduct NCAA championship competition at predetermined sites. Of the 20 selected sites, the committee will choose 16 to host regional round games.
Eight of those 16 regional sites will be in contention to host super regionals.

This would be the 13th time that LSU has hosted an NCAA Regional since 1999. The Tigers, under head coach Beth Torina, have hosted a regional in Baton Rouge for five-straight seasons and six of nine seasons.

LSU is ranked 14th in the country with a 28-15 record overall and 10-8 record in SEC play. The Tigers will host Arkansas this weekend and Auburn the following weekend to wrap up league play.

Participating teams and the final 16 predetermined sites will be revealed during the selection show on Sunday, May 16, at 9 p.m. ET on ESPN2.

All games of the NCAA Division I Softball Championship will be broadcast on ESPN’s family of networks with regionals taking place May 21-23, followed by super regionals May 27-30.  The 2021 championship will culminate with the Women’s College World Series at USA Softball Hall of Fame Stadium in Oklahoma City, Oklahoma, from June 3-9.