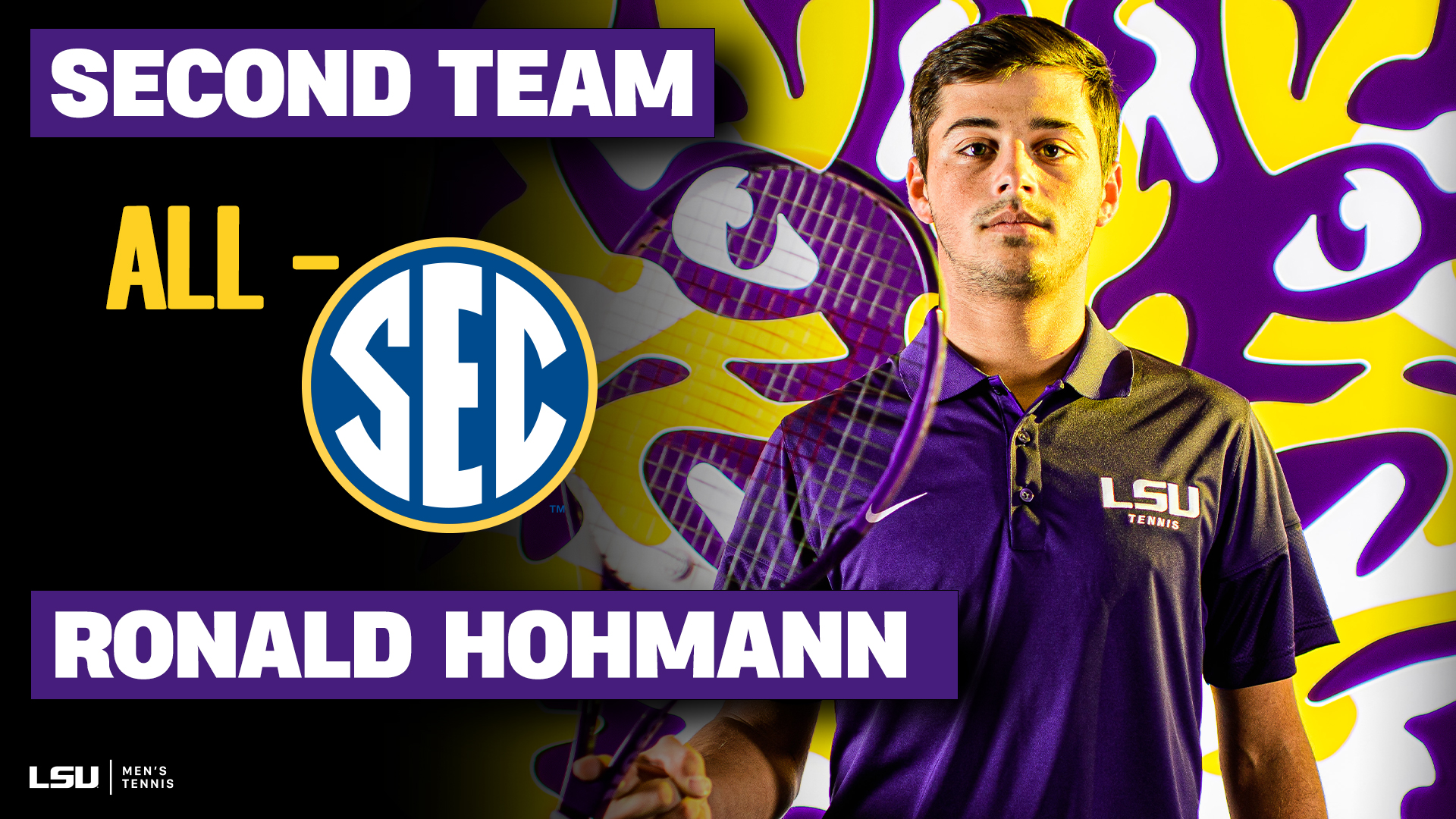 The Oyster Bay, New York native has been LSU’s rock at court one since he first stepped on campus last Fall. He holds a 10-9 record in dual play with six of those wins being against ranked opponents. Since March 28, Hohmann has wins over Auburn’s No. 42 Tyler Stice, Alabama’s No. 47 Edson Ortiz, and Ole Miss’s No. 14 Finn Reynolds, three athletes who were named First Team All-SEC.

The redshirt-freshman has spent 16 weeks in the ITA singles rankings. Since March 21, Hohmann has improved his ranking by 70 spots, going from No. 99 to No. 29 as of the April 29 ITA ranks.

Ronald Hohmann has also succeeded in doubles with his partner, senior Rafael Wagner. Hohmann and Wagner are 18-11 on the season and currently sit at No. 32 in the ITA doubles rankings. They’ve made their impact on court one with victories over the No. 41 Auburn duo of Tad Maclean and Finn Murgett as well as the No. 21 Alabama duo of Patrick Kaukovalta and Riccardo Roberto.

A complete list of the awards follows and ties were not broken.

Freshman of the Year