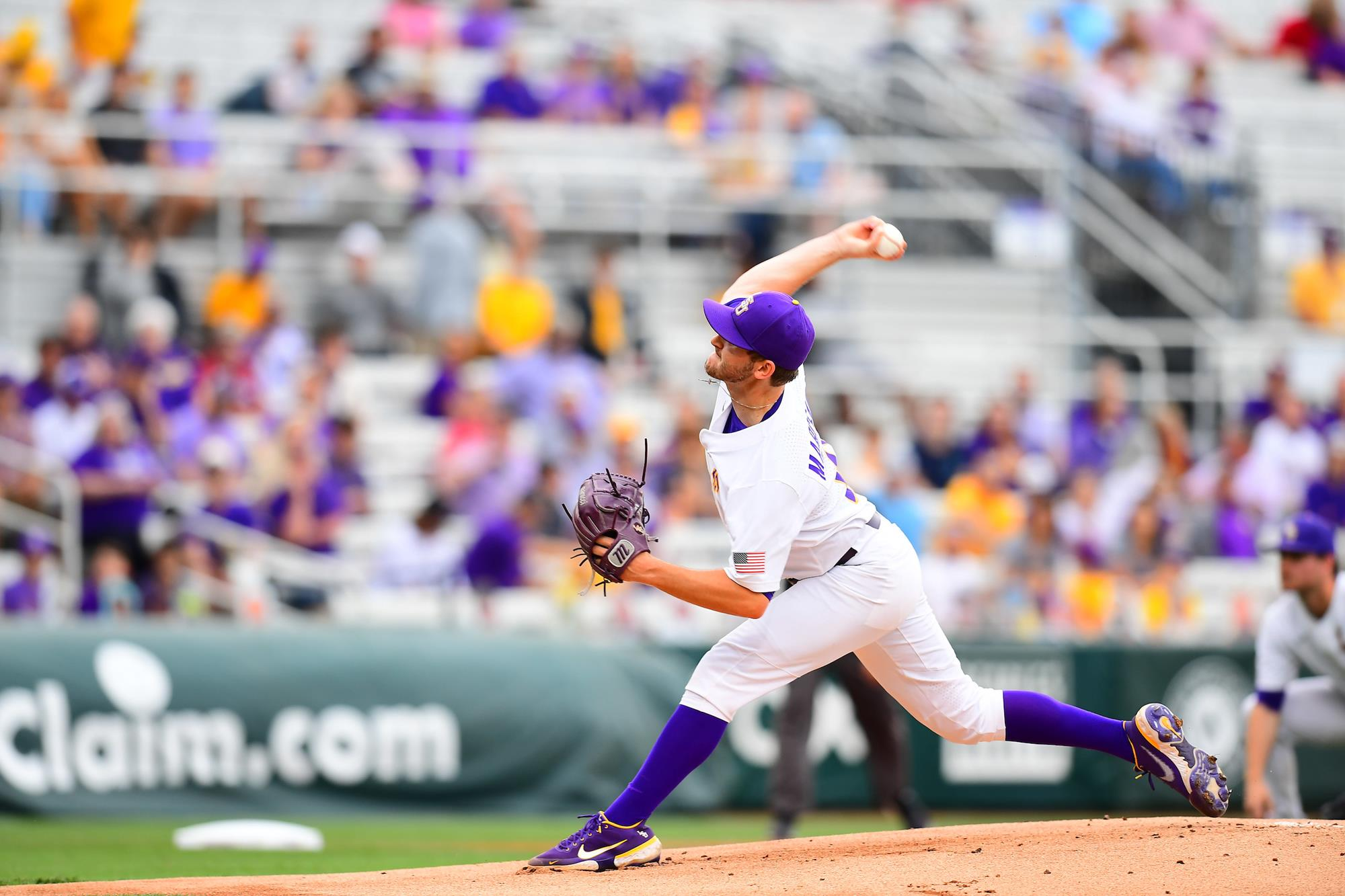 Paid attendance for the contest was a season-high 6,331, as all seating capacity restrictions were lifted for the first time in 2021.

Due to the forecast of severe weather on Sunday, LSU and Arkansas will play two nine-inning games at 2 p.m. and at 6:30 p.m. CT on Saturday in Alex Box Stadium, Skip Bertman Field.

Both games are nine-inning contests, and they will be streamed on SEC Network + and broadcast on the LSU Sports Radio Network.

Wicklander (3-1) limited LSU to three hits in 6.2 innings Friday night with no walks and five strikeouts, firing 67 pitches. Reliever Kevin Kopps worked 2.1 hitless innings with five strikeouts to earn his sixth save of the season.

LSU right-hander Landon Marceaux (4-4) delivered a quality start for the Tigers, allowing just two runs on four hits in seven innings with no walks and eight strikeouts. Marceaux did not allow a hit until Arkansas DH Matt Goodheart led off the seventh inning with a single.

“I have to say first that the crowd was awesome, it felt like the old times here at ‘The Box,'” said LSU coach Paul Mainieri. “The crowd was really into the game, and it was sincerely appreciated by the players and coaches. I really believe that Landon Marceaux received a lot of energy from the fans, and every time he made big pitch, they were right there with him.

“I just wish we could have done more offensively to get the fans even more into the game. I wish we could have delivered a victory for them tonight. It was a great ball game for the first seven innings, and the final score is not indicative of the type of game it was.”

Wicklander and Marceaux were engaged in a scoreless duel until the top of the seventh, when the Razorbacks plated two runs on Franklin’s two-run single.

Arkansas expanded its lead with five runs in the eighth against the LSU bullpen, as first baseman Brady Slavens lined a two-run single, and Franklin unloaded a three-run homer, his 10th dinger of the year.