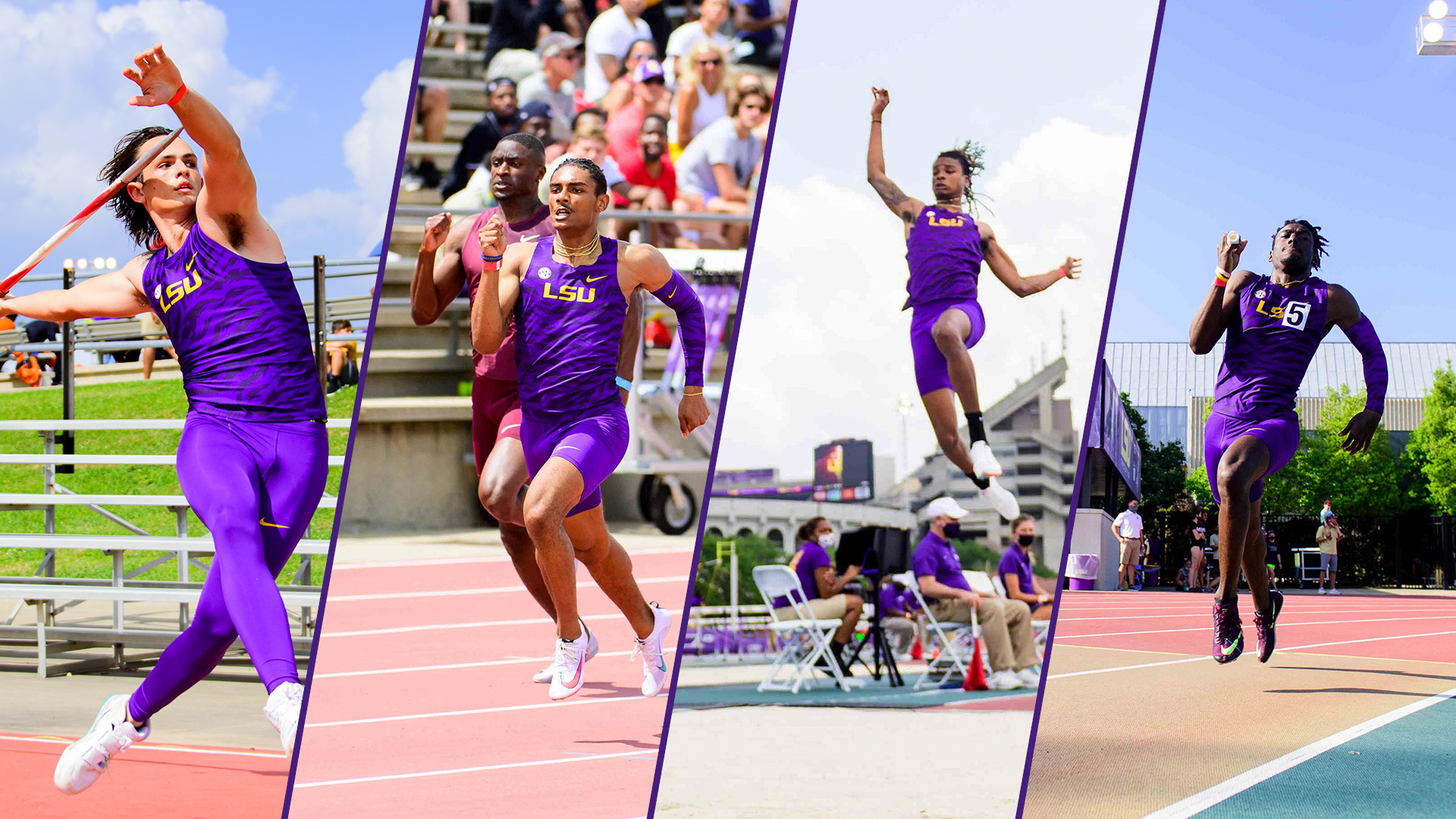 Baton Rouge, La. –  The LSU men’s track and field team won each of the four SEC weekly awards that were announced Tuesday afternoon after some jaw dropping performances on Saturday at the LSU Alumni Gold meet.

Noah Williams ran a blazing time of 44.30 in the 400 meters this past weekend to not only win the event but also set the fastest time in the world for 2021.  Williams’ world leading time also ranks as the second fastest time in LSU program history. A native of Rochester, N.Y., it was his outdoor opener in the event after claiming the NCAA indoor title a little over a month and a half ago. The time of 44.30 also made him the second faster New Yorker in history, only trailing Larry James’ time of 43.97 from 1968 Olympics that won him silver.

JuVaughn Harrison, a four-time overall national champion, recorded the best leap of his outdoor career in the long jump on Saturday.  Harrison jumped out to a distance of 27′ 8.25″ (8.44 meters) which is ranked as the best jump in the world in 2021. His outstanding performance on Saturday was the second longest leap in LSU school history as well as the sixth best mark in the history of collegiate track and field. He was also named the U.S. Track and Field and Cross Country Coaches Association National Athlete of the Week on Tuesday morning.

Like Williams and Harrison, Sean ‘Squirrel’ Burrell set a No. 1 mark in the nation at the LSU Alumni Gold meet as he cruised to a victory in the 400 meter hurdles with a personal best time of 49.12.  Burrell’s winning time is the second fastest readout in the world this year as well as the fourth best in the history of LSU track and field.  The freshman from Zachary, La., also was a key factor in the men’s 4×400 meter relay victory as he anchored the victory for LSU with a winning time of 3:01.85.

The fourth Tiger to be recognized by the conference for their performances over the weekend was Tzuriel Pedigo who is honored as the Men’s Newcomer of the Week.  Pedigo, the Baton Rouge native, won the silver medal in the javelin throw with a season best mark of 239′ 10″ (73.10 meters).  He etched his way into the NCAA top ten marks as his second place toss ranks as the tenth best throw in the nation.  His toss of 73.10 meters also ranks as the second best mark in LSU history.

The Tigers will be back in action Saturday, May 1, as they host the LSU Invitational at Bernie Moore Track Stadium. The LSU Invitational will be the team’s final regular season competition before they get ready for the SEC Championships two weeks later.  Admission will be free of charge.