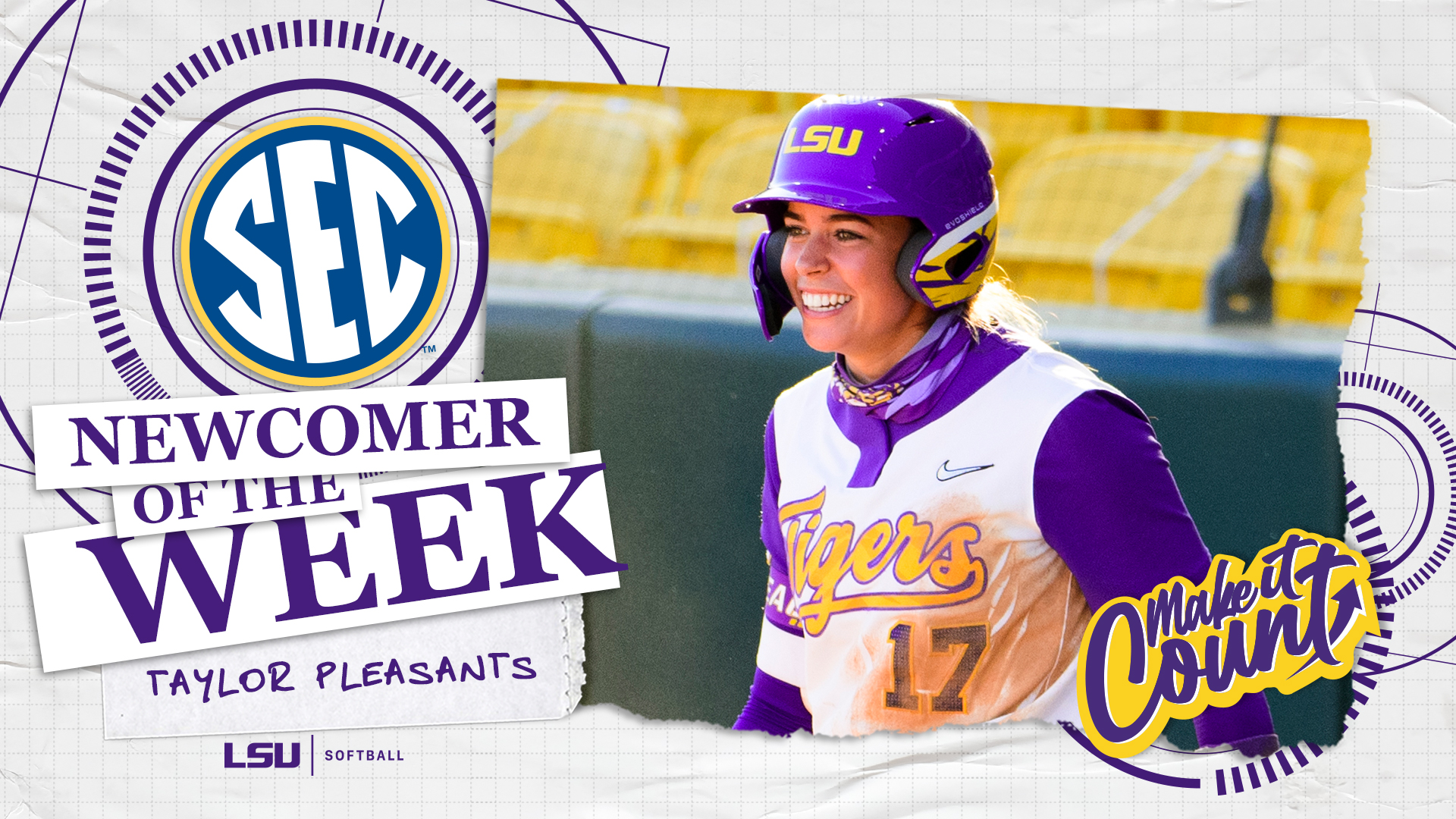 Pleasants hit .444 over the weekend to lead LSU to a series win over No. 14 Kentucky. Pleasants totaled four hits and five RBI. In Sunday’s doubleheader sweep over the Wildcats, Pleasants hit a home run in each game. The Houston, Texas native, also drew four walks on the weekend.

This season, Pleasants is hitting .316 with 43 hits and a team-high 42 RBI and 10 home runs. Pleasants is in the top-15 of the league in conference games in batting average, slugging percentage, hits, RBI and home runs.

The Tigers return home after nearly a month on the road to face No. 7/10 Arkansas Saturday-Monday. All three games will be televised nationally. Game one will be on ESPNU and games two and three will be on SEC Network.