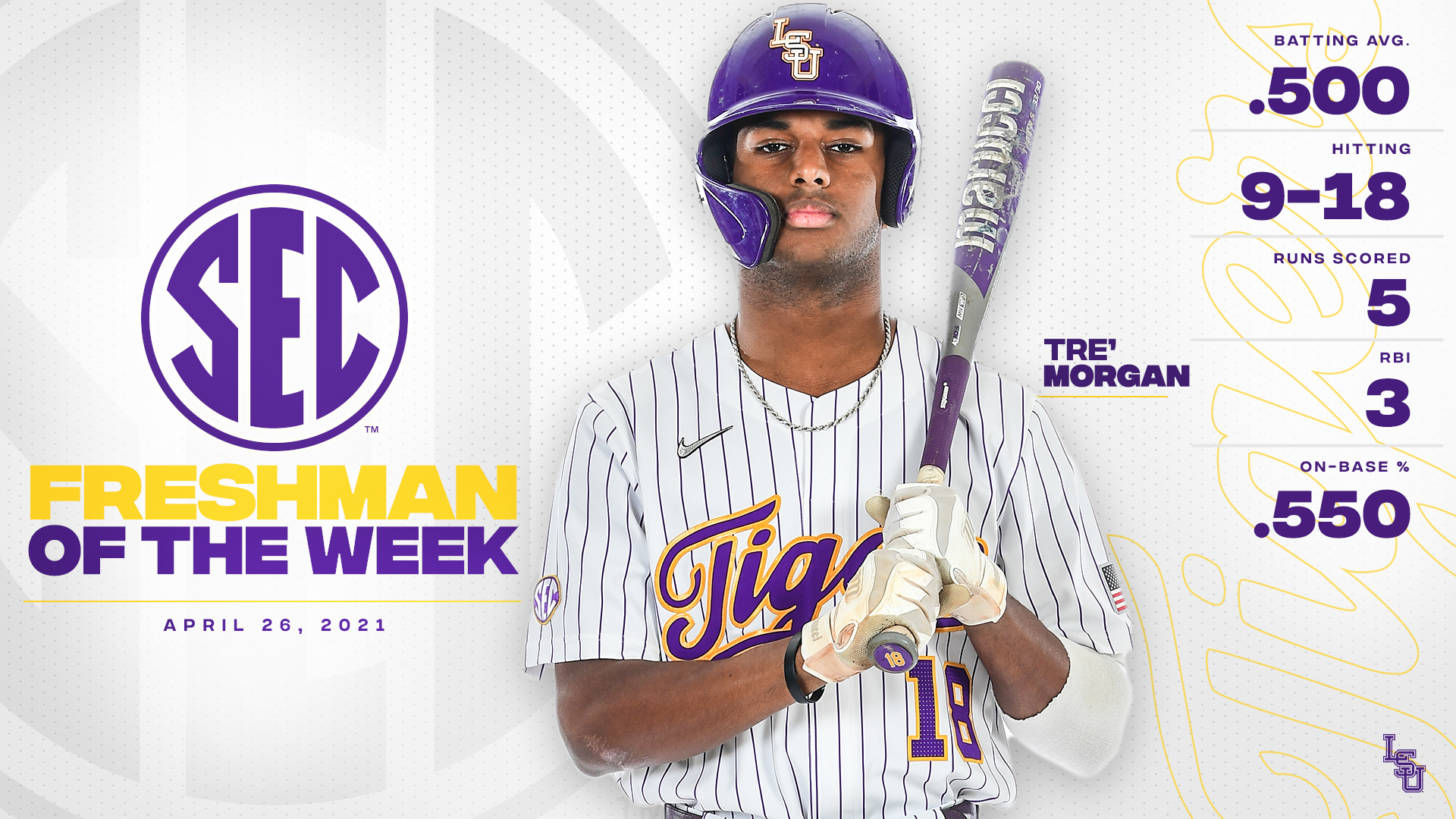 BATON ROUGE, La. – LSU first baseman Tre’ Morgan was named by the Southeastern Conference Monday as the SEC Freshman of the Week.

In LSU’s series win at Ole Miss, Morgan hit .571 (8-for-14) with three RBI, four runs scored, one stolen base and a .625 on-base percentage. In the Tigers’ Game 1 win on Thursday night, Morgan delivered a two-out RBI single in the top of the seventh inning, narrowing the Rebels’ lead to 4-3. He then scored when the next batter, rightfielder Dylan Crews, homered to give LSU a 5-4 lead it would not relinquish.