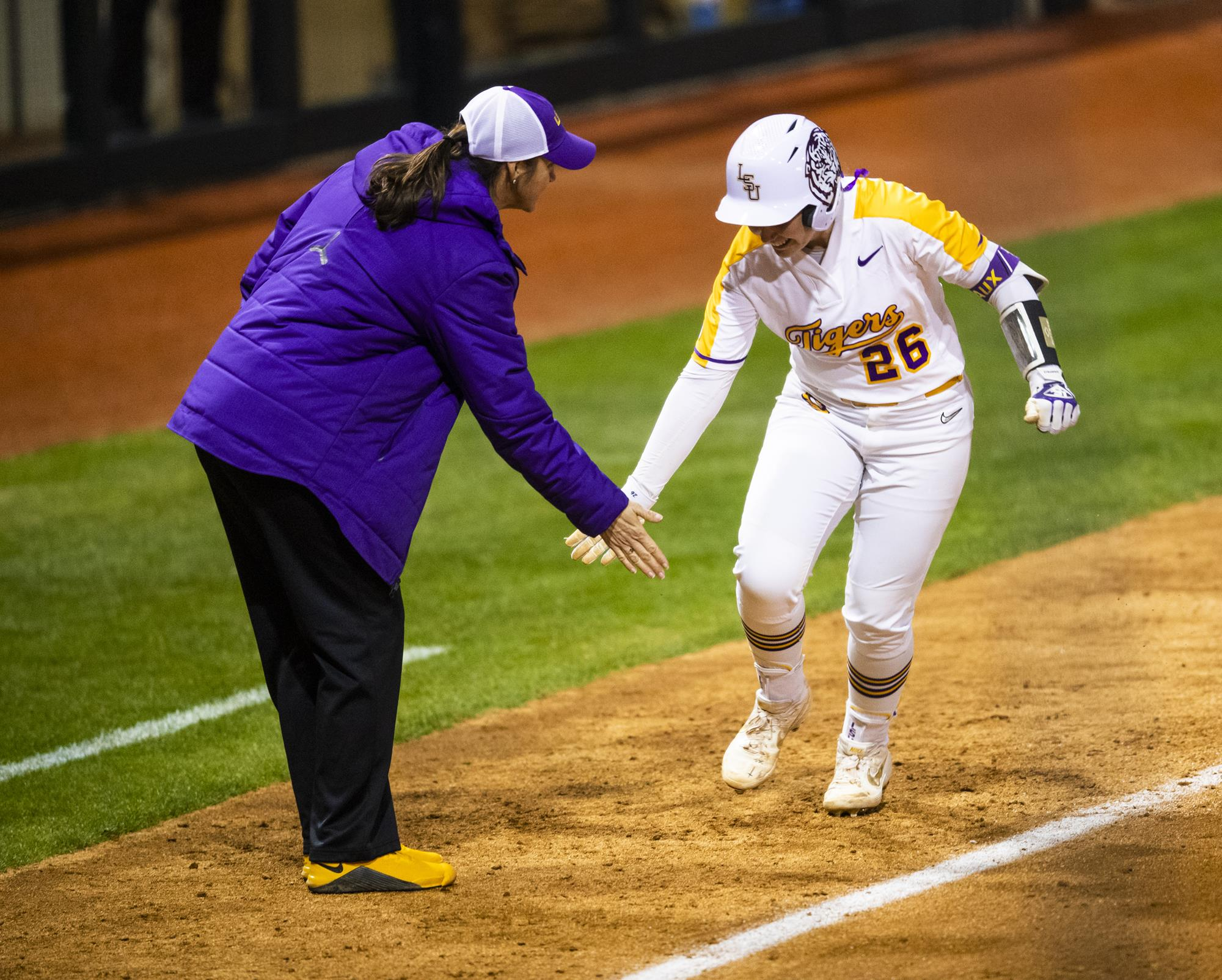 The Tigers combined to blast six home runs on Sunday to win their first series in Lexington under head coach Beth Torina. It marked the eighth-straight series win overall, fourth-straight SEC series and fifth SEC series of the season. LSU is now 9-1 in doubleheaders this season.

“This team showed outstanding fight and effort,” Torina said. “We backed ourselves into a corner once again, losing the first game, but there was never a doubt that they could get the job done twice on Sunday. The offense produced in all three games from the top of the lineup all the way down and delivered in crucial moments. We are ready to get back to Tiger Park and finish out the SEC schedule.”

LSU returns home after nine-straight games on the road May 1-3 against Arkansas. The Tigers went 6-3 during the road swing with three series wins.

Ali Kilponen earned the win for the Tigers in the rubber game after entering in relief in the first inning. Kilponen pitched 6.2 innings and allowed just one run on three hits.

Autumn Humes (15-6) earned the loss. She was charged with eight runs, only one earned, in 2.2 innings.

Kentucky got off to a hot start in the first with three runs off of LSU starter Shelby Wickersham. The Wildcats scored one on a single through the right side by Renee Abernathy and then two on a single up the middle by Mallory Peyton.

Amanda Doyle hit a solo home run to center field on an 0-2 count to cut into UK’s lead.

LSU scored nine runs, all with two outs, in the third inning to take a 10-3 lead. With runners in scoring position, the Tigers tied the game after an error by the shortstop.

The Tigers then went back-to-back with a three-run home run from Morgan Cummins and solo home run by Taylor Tidwell. Ciara Briggs roped a double right down the left field line to plate a run and Taylor Pleasants ended the inning with a two-run jack to straight center field.

Shelby Sunseri (7-5) earned the win for the Tigers in seven innings of work. Sunseri gave up seven runs, five earned, on seven hits. Kentucky starter Tatum Spangler (3-3) was charged the loss. She gave up three runs in the first inning.

LSU put up multi-run innings in four of seven innings. Kentucky scored solo home runs in the first and second inning. The Wildcats added one-run innings in the third on a single and in the fifth on a sac fly. They made a threat in the seventh with three unearned runs.

Pleasants started the game with a three-run home run to right-center field, her team-leading ninth dinger of the season.

Cummins added her second home run of the weekend, a two-run shot, in the third to give LSU a 5-2 lead.

The Tigers added two more runs in the fifth on an RBI-double from Sunseri and sac fly by Cummins. Doyle’s single in the sixth plated another run and Sunseri added two more on a double off the wall in left field.