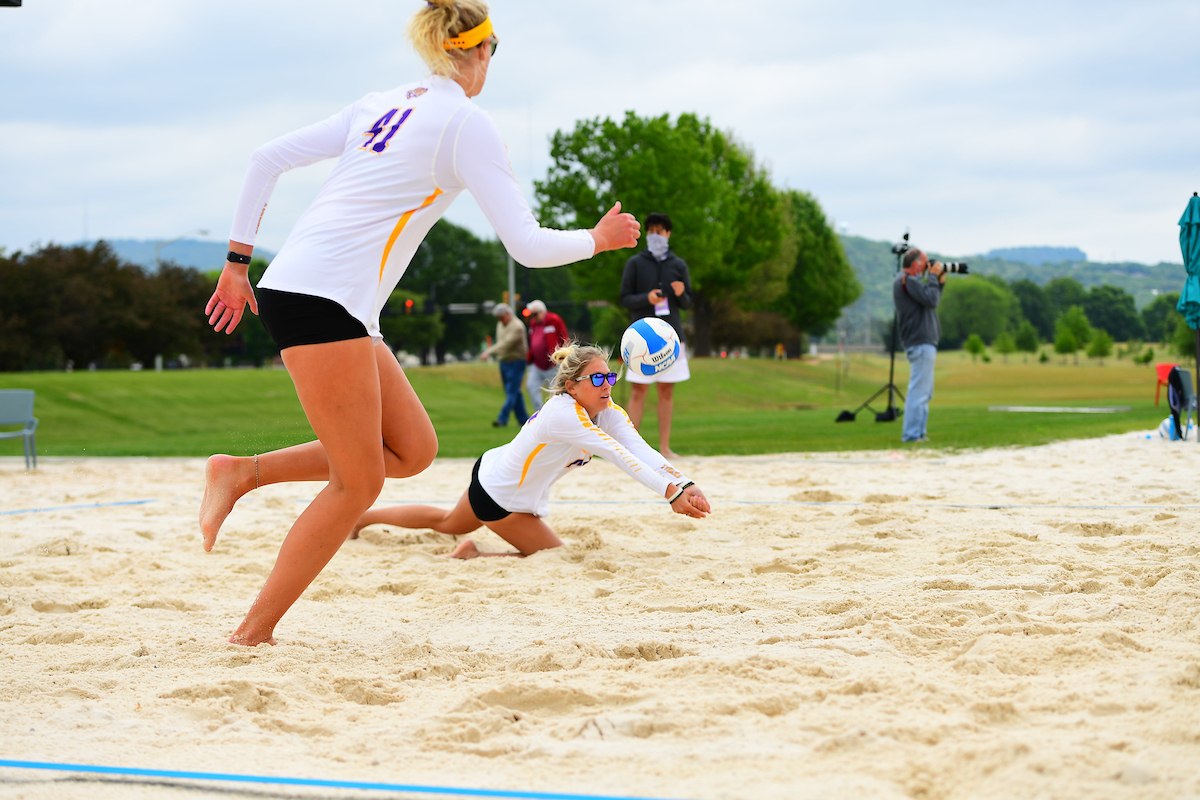 HUNTSVILLE, Ala. – The LSU Beach Volleyball team triumphed to a 5-0 victory over TCU in the CCSA semifinals to advance to the championship match later Sunday at 1:30 p.m. vs. Florida State.

The Tigers fell to the Seminoles on Saturday, setting up today’s win or go home match against the Horned Frogs. Friday evening LSU defeated TCU, 3-2, with a dramatic three-set win on Court 5 by Olivia Ordonez and Kahlee York.

In today’s matchup against TCU, it would not come down to the final court or a third set. The Tigers cleaned up some things from the first TCU match and yesterday’s loss to FSU and they were dominant across the board.

Ashlyn Rasnick-Pope and Grace Seits won the first set on Court 3, 21-18, but TCU took the second by the same score to force a third. The LSU closed to door on the Horned Frogs for the Tigers’ semifinal sweep when it won in the third, 15-12.