Beach Falls to FSU; Still Has Chance to Advance to CCSA Championship 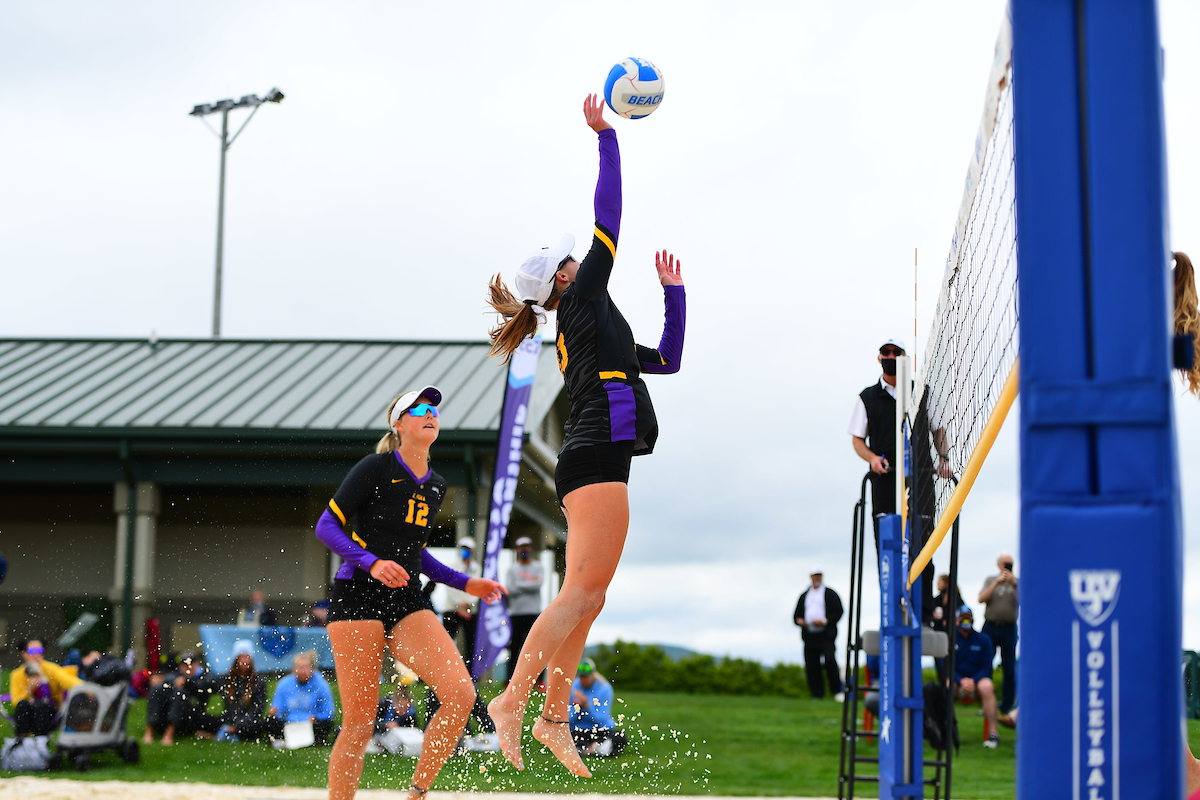 HUNTSVILLE, Ala. – The LSU Beach Volleyball team fell to Florida State, 4-1, in the CCSA Semifinals, but the Tigers will still have an opportunity to play in to the CCSA Championship match.

LSU will face TCU Sunday at 10:30 a.m. and a win for the Tigers would put them in the championship against FSU which would take place at 1:30 p.m. The Tigers and Horned Frogs faced each other last night and LSU won the match, 3-2, with a dramatic third-set victory on Court 5 by Olivia Ordonez and Kahlee York.

“We have two opportunities tomorrow to clean up our side of things,” said head coach Russell Brock. “I’m liking the fact that as we played that match (vs. FSU), we know that there is at most a couple of points in three of those courts and that’s a 4-1 win for us. It’s our job between now and tomorrow to clean that up.

“First, we’ve got to clean up the match we played against TCU. It’s a great opportunity for us to show that we can play how we did against Florida State and then even a little bit better against someone that’s not Florida State. That’s an opportunity we have to take advantage of.”

Despite a forecast for bad weather on Saturday, the sun was shining as the Tigers faced the Seminoles. Taryn Kloth and Kristen Nuss advanced to 30-0 on Court 1 for the season. Court 2, 3 and 5 went to three sets, but the Tigers were unable any of them.

Dating back to last season when they played with different partners, Kloth has won 44 matches in a row and Nuss has won 42 straight. They are the nation’s only undefeated pair on Court 1.

Ordonez and York fell in a tightly contested first set on Court 5 that was back and forth from start to finish, 22-20. The second set was just as close, but LSU’s fives pair secured it, 21-18, to force a third where they ultimately fell, 15-10.

Ashlyn Rasnick-Pope and Grace Seits won the first set on Court 3, 21-18. They fell in a close second set though, 22-20. In the deciding set, Rasnick-Pope and Seits fell, 15-12, as FSU clinched its spot in the CCSA Championship.