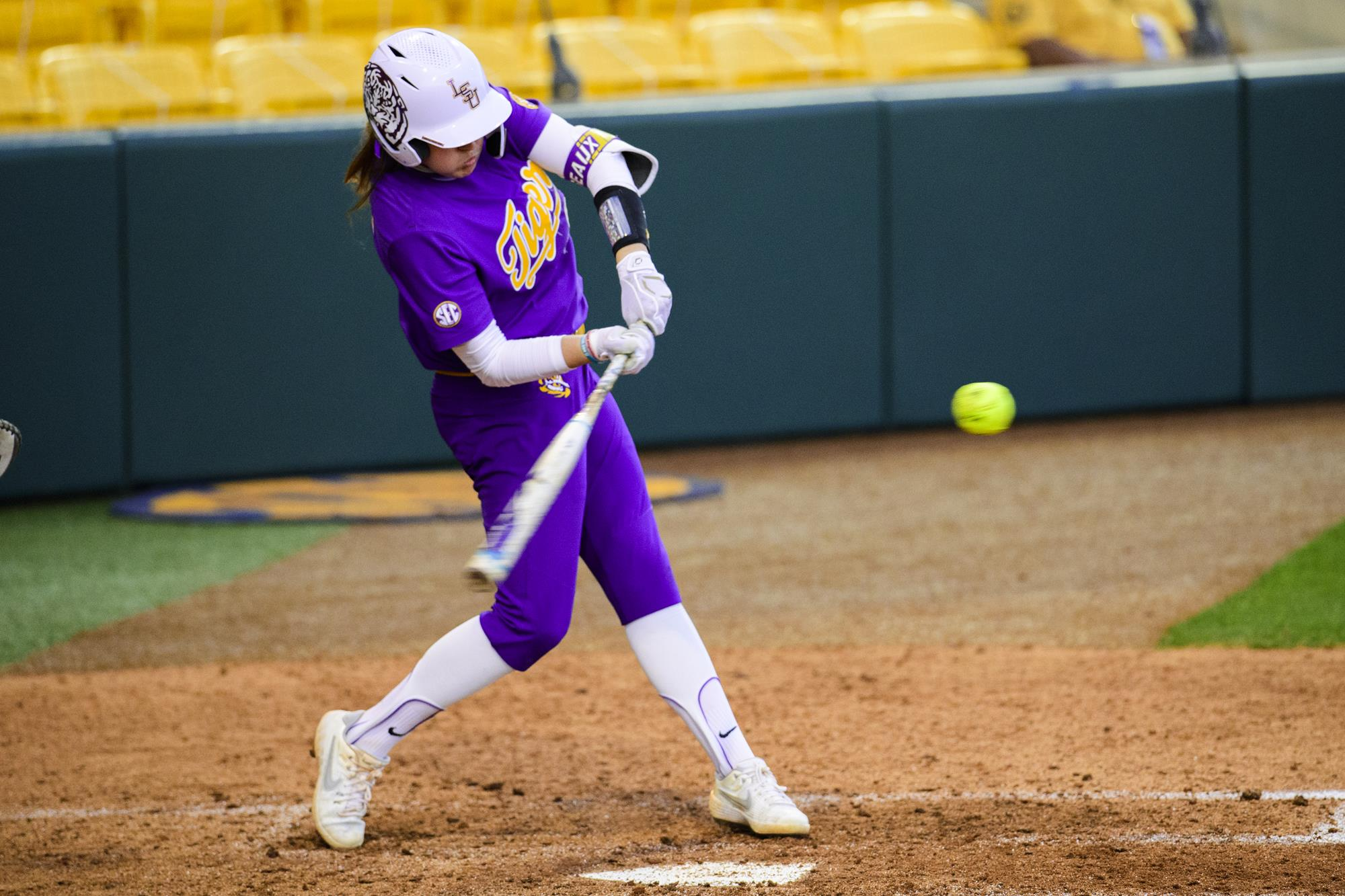 Down by two runs in the fifth, the Wildcats used a grand slam and solo shot  to defeat the Tigers.

LSU’s Ali Kilponen (11-6) was charged with the loss after giving up four runs, three earned, on six hits in 4.2 innings of work. Kentucky’s Grace Baalman (8-3) earned the win in 2.2 innings of relief.

LSU returns to face Kentucky for game two of the series at 3 p.m. CT Saturday. The game will be televised on ESPN2. Patrick Wright will also have the radio call on the LSU Sports Radio Network.

The Tigers got on top of the Wildcats in the second to take a 2-0 lead. Catcher Morgan Cummins hit a two-run shot deep to left field for her third home run of the season.

Kentucky responded in the third with a pair of runs with two outs. Kayla Kowalki scored on an error in the infield and the Wildcats scored the tying run on a wild pitch.

Georgia Clark answered in the fifth to give the Tigers a 5-2 lead. With runners on after a single and walk, Clark hit her seventh home run of the year. The ball hit off the glove of UK’s left fielder to drop over the fence.

The Wildcats loaded the bases in the fifth inning after a single, error and walk. Kentucky took the 6-5 lead with one swing off the bat of Renee Abernathy for the grand slam to left field. UK extended its lead to 7-5 on a solo home run by Mallory Peyton.