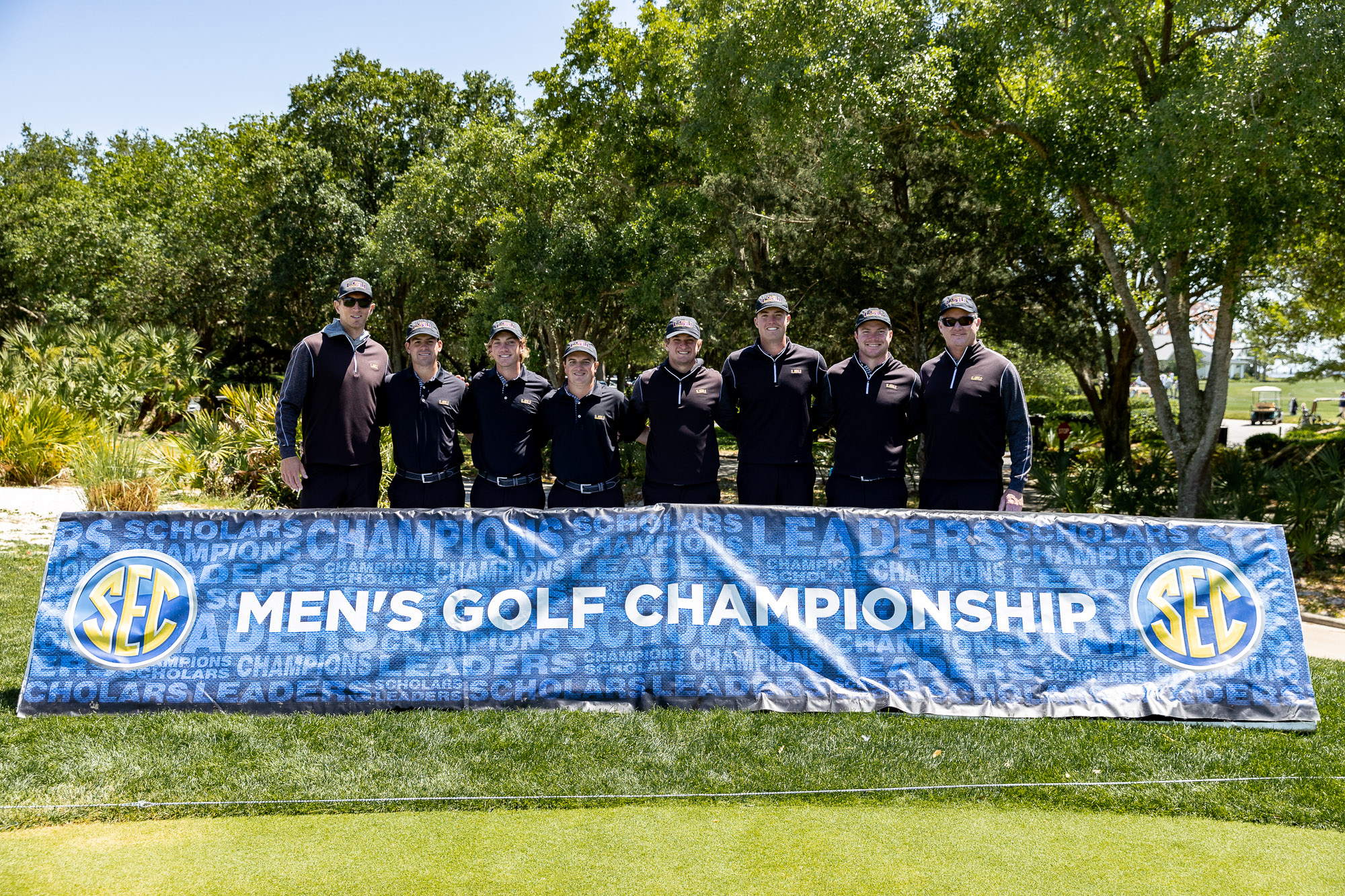 St. Simons Island, Ga. – The No. 23 LSU men’s golf team earned the No. 4 seed at the SEC Championship after 54 holes of stroke play at the Sea Island Golf Club – Seaside Course. The Tigers ended stroke play with a total of 10-over 850, which had them in a three-way tie for second. Going off tiebreakers, LSU received the No. 4 seed.

LSU will be taking on No. 22 and fifth seeded Arkansas on Saturday morning in the quarterfinals beginning at 6:30 a.m. CT off the 10th tee. In order to advance out of the quarterfinals, LSU will need to secure at least three match wins in the quarters to beat Arkansas. The winner of the LSU/Arkansas quarterfinal match will take on the winner of the No. 1 seeded Georgia and No. 8 seeded Texas A&M quarterfinal. The semifinal round of match play is slated to begin at 12 p.m. CT from the first tee. SEC Network+ will have live coverage streamed of the semifinals on Saturday afternoon at watchespn.com.

LSU grinded its way to a final round tally of 5-over 285 on Friday to solidify their spot in match play. Freshmen Drew Doyle (-1) and Nicholas Arcement (E) shot the two lowest scores of the day for LSU. Garrett Barber added in a counting score of 2-over 72 and Connor Gaunt was the final counter of the day at 4-over 74. The Tigers ended the tournament with 38 birdies, the second most of any team in the field.

This marks LSU’s fourth top three finish in stroke play at the SEC Championship dating back to 2015 when they won it all. In 2018, LSU finished as the top stroke play team and advanced to the semifinals that year; the other top three finish came in 2017 with a third-place finish.

Gaunt registered his second top 10 finish of the season this week with a 1-over 211 (65-72-74) to finish in a tie for seventh on the individual leaderboard. He was one of only four players in the field to shoot a round of 65 or better this week, and that came for him on Wednesday.

Garrett Barber finished the event tied for 12th at 3-over 213 that included rounds of 72, 69, and 72. Drew Doyle (5-over 215) and Nicholas Arcement (6-over 216) finished their SEC tournament debuts with a one stroke difference. Doyle was the only player in the field to finish at 5-over and finished solo 27th thanks to a final round of 1-under 69 that shot him 11 spots up the leaderboard; he made four birdies in the final round. Arcement catapulted up 10 spots in the individual standings with a even par 70 in round three that earned him a tie for 28th place at 6-over 216.

Georgia was the top team in regards to stroke play and they finished with the low score of 2-over 842. Arkansas’ Segundo Pinto won the SEC individual title with a final tally of 6-under 204.