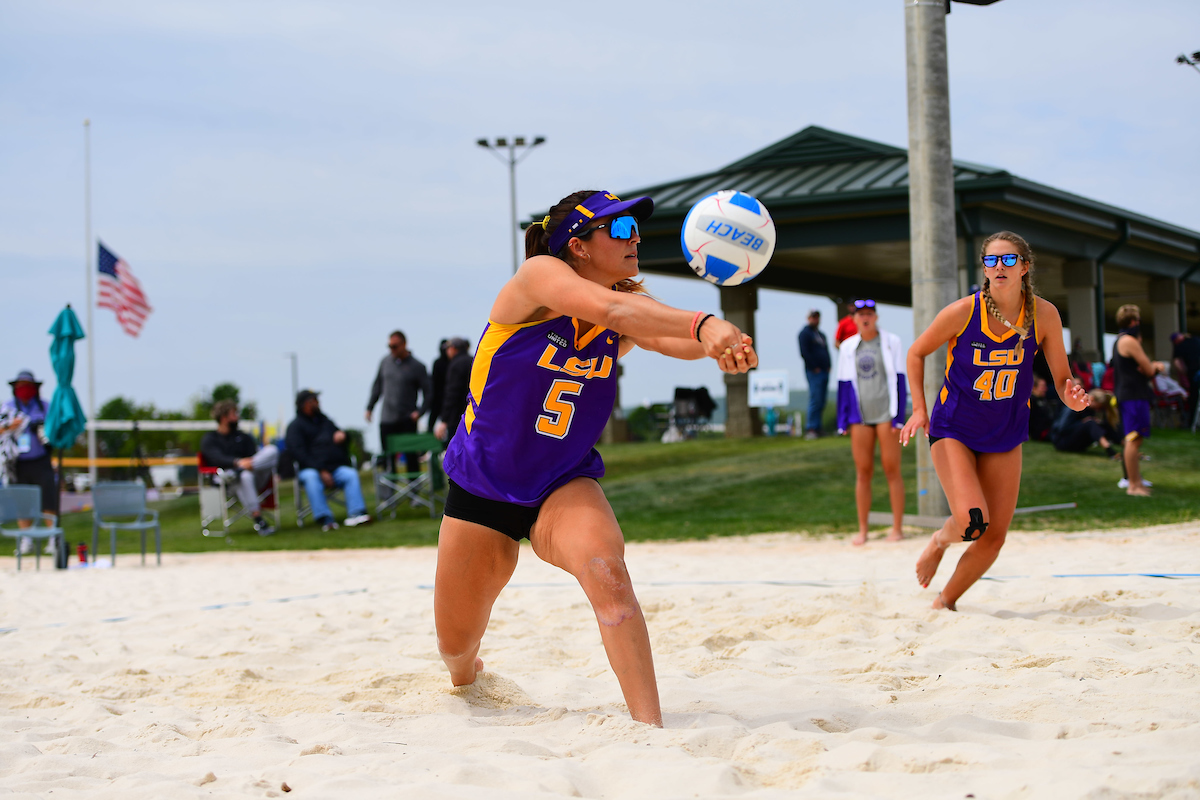 Huntsville, Ala. – The LSU Beach Volleyball team took down Missouri State, 4-1, Friday at the John Hunt Sand Volleyball Complex in the first round of the CCSA Tournament to advance in the winner’s bracket.

“Overall it was a good performance,” said head coach Russell Brock. “In a tournament of this format, you’ve got to win and that’s all that really matters.”

The No. 2 seeded Tigers will face No. 3 TCU Friday at 7 p.m. CT in the second round of the CCSA Tournament. The match was originally scheduled for Saturday, but due to a high chance of thunderstorms in Huntsville on Saturday was moved up to tonight.

TCU defeated the College of Charleston on Friday, 3-2, to advance in the winner’s bracket. The Horned frogs are 23-6 on the season and have been inside the AVCA Top-10 for the past seven weeks.

“Just like I expect us to play better, I expect TCU to play better tomorrow,” said Brock. “They got in a battle and they had enough in them to pull it out. We have to expect them to have that kind of energy when we play them. They have a lot of emotion and play with that fire.”

With a sunny sky and a slight breeze, all five courts were done in two sets on Friday and the Tigers won each court except for Court 2.

Claire Coppola and Kelli Greene-Agnew struggled to get in rhythm during the first set on Court 2 as the pair fell, 21-5. In the second set they were almost able to force a third, but ultimately fell, 21-19.

“There was some rust on Court 2, but we had some great conversation afterwards and we anticipate them turning it around in our next match,” said Brock. “We’ll get good performances from them moving forward.”