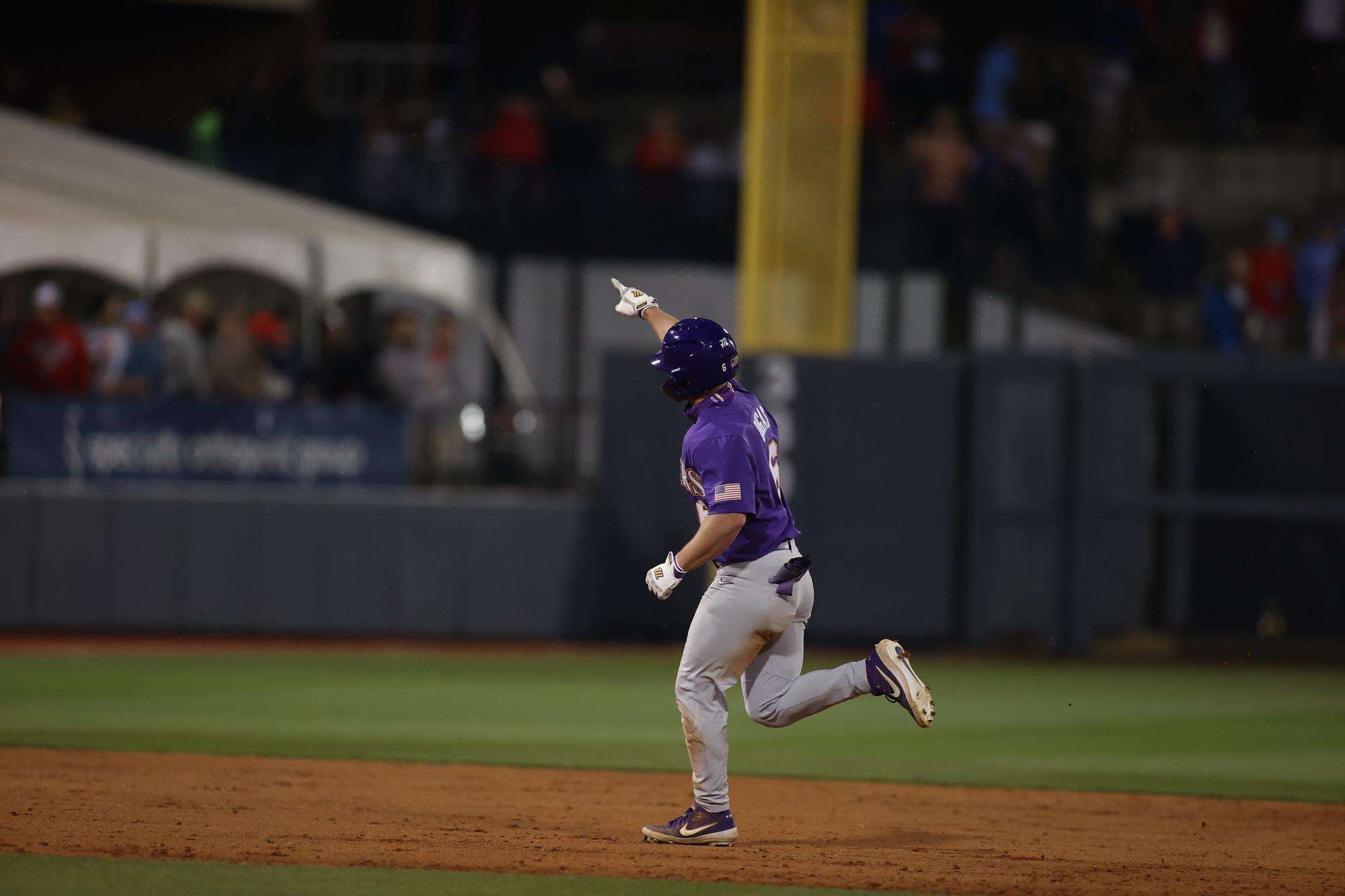 The teams conclude the series at 12 p.m. CT Saturday in a game that will be streamed on SEC Network + and broadcast on affiliates of the LSU Sports Radio Network.

Labas (3-0) limited Ole Miss to two runs on 10 hits in nine innings with one walk and six strikeouts. His outing marked the first nine-inning complete game by an LSU pitcher since April 24, 2018, when Labas threw a complete-game shutout against Lamar.

“AJ has been doing this all year, he had one rough start early in the season, but since then he’s been automatic,” said LSU coach Paul Mainieri. “He pitched courageously; he doesn’t have overpowering stuff, but he makes great pitches. He competes all the way through, and he’s been a big leader for our team.

“Fortunately, we got some runs for him in the ninth inning and made it a little bit easier for him. What an awesome performance for AJ and a great win for our team. Our players have been working hard all year and have kept a great attitude, and I’m very proud of these kids.”

Ole Miss starting pitcher Doug Nikhazy (4-2) was charged with the loss, as he worked six innings and allowed two runs – one earned – on seven hits with three walks and 11 strikeouts.

Labas and Nikhazy were locked in a scoreless duel until the top of the sixth inning, when the Tigers plated two runs. Dugas led off the inning with a double, and he advanced to third base on a single by third baseman Cade Doughty.

Ole Miss narrowed the gap to 2-1 in the bottom of the sixth when leftfielder Kevin Graham unloaded a solo homer, his eighth dinger of the year.

With the bases loaded, Dugas launched a pitch from Ole Miss reliever Jackson Kimbrell over the left field wall for his 11th homer and second grand slam of the season.

LSU second baseman Drew Bianco added an RBI single as the Tigers sent 10 men to the plate and seized a 7-1 lead.