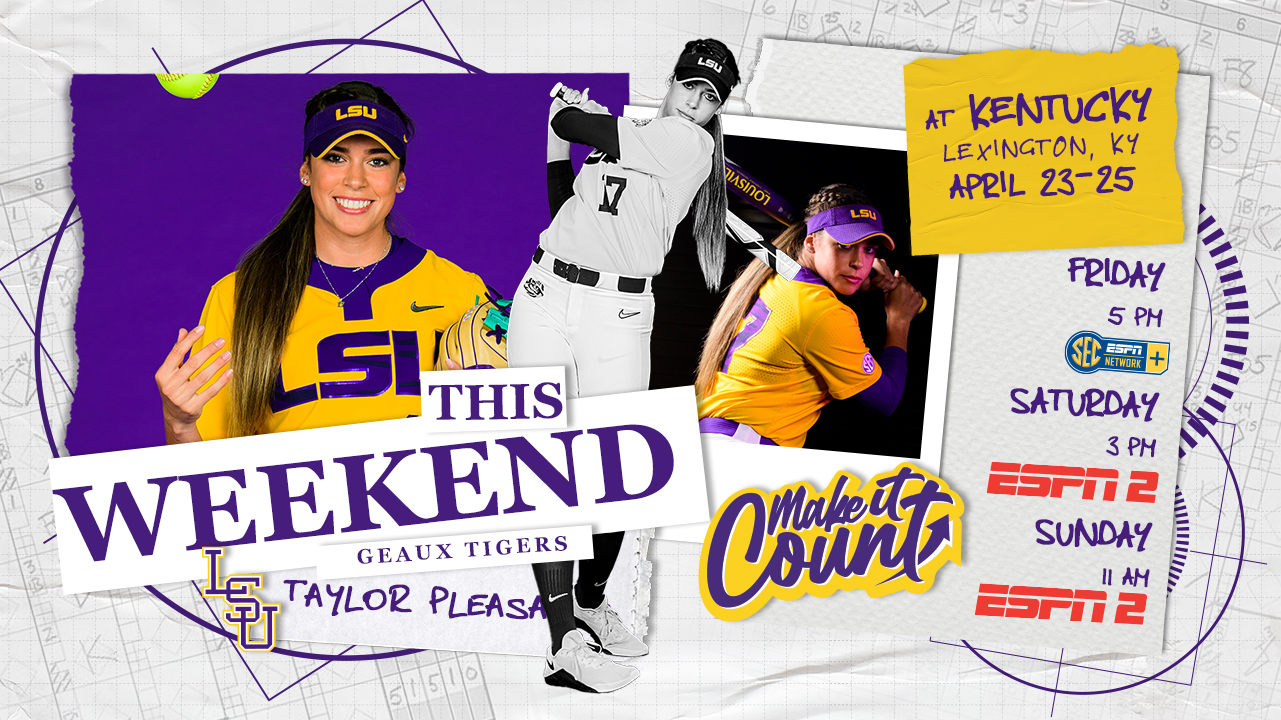 Things begin at 5 p.m. CT Friday against the Wildcats on SEC Network+. The games on Saturday and Sunday will be televised on ESPN2 with first pitch at 3 p.m. and 11 a.m. respectively. Patrick Wright will be on hand for the broadcast on the LSU Sports Radio Network.

The Tigers are coming off of a non-conference series win against NC State last weekend. After dropping the opening game of a series for a second-straight weekend, the team took two in the doubleheader to win the series. LSU has won 7-of-10 in the month of April with series wins over Ole Miss, Missouri and NC State.

LSU pitchers Ali Kilponen (11-5) and Shelby Wickersham (5-3) led the team with outstanding pitching performances on Saturday in the doubleheader. They allowed a combined three runs on eight hits in 14 innings of work. Kilponen leads the team in ERA at 1.65 in 80 innings.

Ciara Briggs, Raeleen Gutierrez and Aliyah Andrews led with the bats last weekend. Briggs hit .556 with five hits, including a pair of home runs. Gutierrez was named the SEC Newcomer of the Week after hitting .500 with two RBI on four hits and a home run. Andrews leads the team overall in hitting at .366. The Tigers’ leadoff batter owns 49 hits and has scored 35 runs. Her 22 stolen bases are 13th in the nation, and she is 16 away from setting the career stolen base record of 156.

This is the first meeting between LSU and UK since April 2019 at Tiger Park with the Tigers taking the series over the Wildcats. LSU leads the all-time series over Kentucky, 42-15. Kentucky is coming off a mid-week win over Louisville on Tuesday. Its lone SEC series win in 2021 came over then No. 3 Alabama in March.

The Tigers have played 19 games against top-25 teams so far this season for the No. 1 strength of schedule in the nation. In those games, LSU is 8-11 and 4-8 against top-10 opponents. The squad is ranked sixth in the NCAA RPI through games played on April 18.

Following the series at Kentucky, LSU will return for its final two SEC series of the season at home. The Tigers will take on Arkansas May 1-3 and Auburn in the season finale May 7-9.