Beach To Face Missouri State in First Round of CCSA Tournament 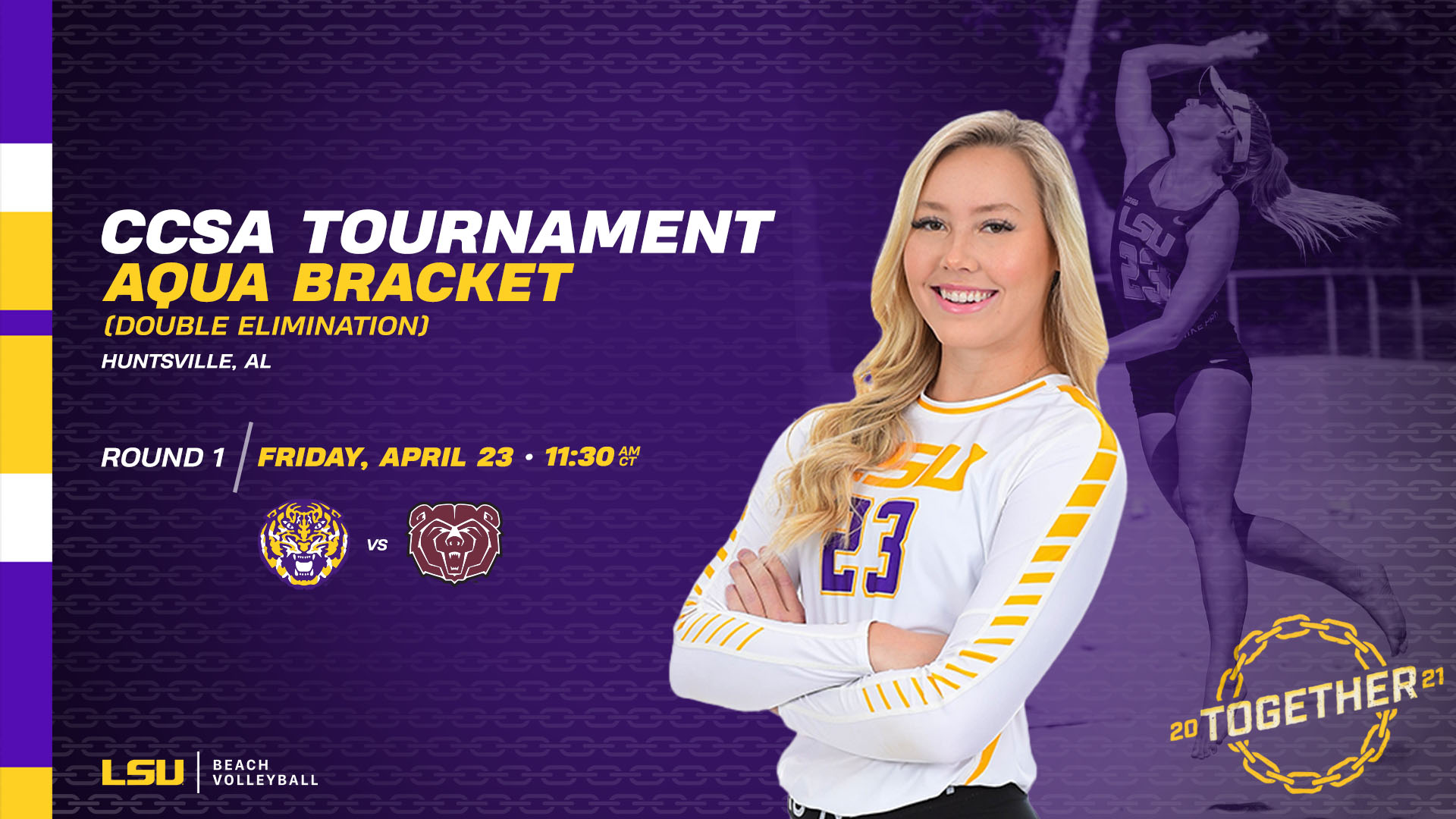 HUNTSVILLE, Ala. – The No. 2 seed LSU Beach Volleyball team (22-5) will face the No. 7 seed Missouri State (7-6) Friday at 11:30 a.m. CT  in the first round of the CCSA Tournament Aqua Bracket Friday at the John Hunt Sand Volleyball Complex.

“We are locked in to the task at hand,” said head coach Russell Brock. “I love the history of our program. We’ve always done a great job of showing up for big events and playing our tails off. That’s what it’s going to take.

LSU practiced at the John Hunt Sand Volleyball Complex on Thursday morning where the Tigers will be in pursuit of their first ever Conference Championship.

Get Your Mind Right
Here Come The Tigers pic.twitter.com/KEHC2XqErn

The CCSA Tournament is split into two brackets, the aqua and the blue. The Tigers will compete as the second seed in the double-elimination aqua bracket against No. 1 Florida State, No. 3 TCU, No. 4 South Carolina, No. 5 Tulane, No. 6 College of Charleston, No. 7 Missouri State and No. 8 UNC-Wilmington.

The CCSA says it will administer two brackets in 2021 to establish both groups with a minimum of at least a six-team membership in anticipation of a formal split no later than the 2022 Championship. By competing as aligned, both groups will have the necessary two-year continuity needed to be eligible for automatic qualification in 2022.

The aqua bracket is organized in the same manner as the NCAA Championship Tournament will be, May 7-9, in a double-elimination format with eight teams.

Missouri State enters the tournament having lost three matches in a row while the Tigers have won their past five matchups. The TCU vs. College of Charleston matchup will take place following the conclusion of LSU’s match and the result of that will dictate who the Tigers face next.