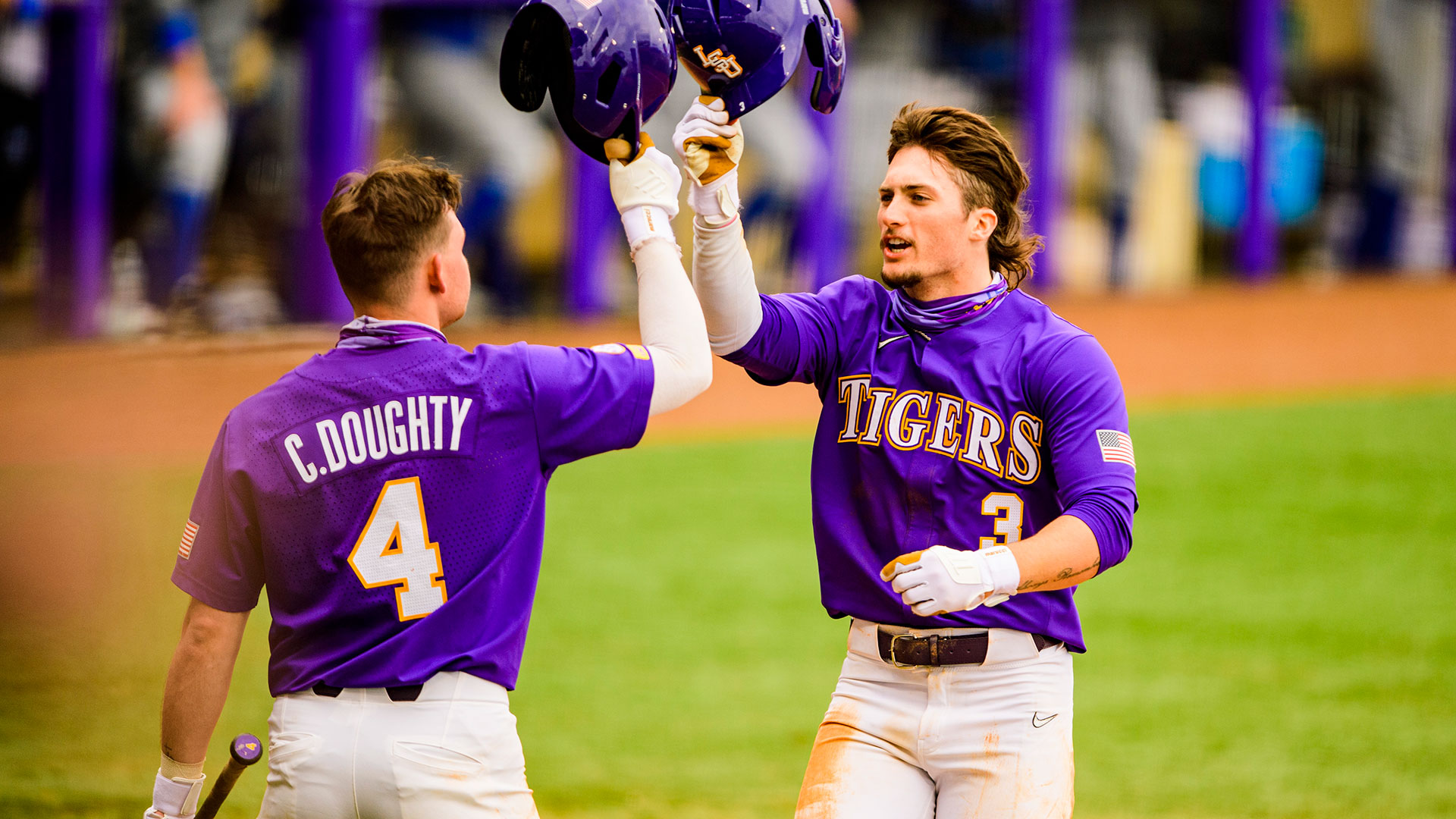 The teams will meet in Game 2 of the series at 6:30 p.m. CT Friday at Swayze Field. The game will be streamed on SEC Network +, and it may be heard on affiliates of the LSU Sports Radio Network.

“I’m so happy for the kids, they deserved this wonderful victory tonight,” said LSU coach Paul Mainieri. “This is a great environment here, and it’s a hard place to win. I knew we would have to play a great ball game in order to have a chance to win, and we did.

LSU reliever Garrett Edwards (2-2) was credited with the win, as he recorded two outs in the bottom of the sixth inning before LSU surged in front of the Rebels.

Fontenot earned his third save, shutting out Ole Miss for three innings while allowing two hits with three walks and five strikeouts.

Ole Miss reliever Taylor Broadway (3-1) suffered the loss, as he gave up two runs on seven hits in three innings with one walk and two strikeouts.

LSU grabbed a 2-0 lead in the top of the first inning, taking advantage of three Ole Miss errors in the frame. Rightfielder Dylan Crews singled with one out, stole second base and moved to third on an errant throw by catcher Hayden Dunhurst.

Ole Miss narrowed the deficit to 2-1 in the bottom of the first when leftfielder Kevin Graham launched a solo homer, his seventh dinger of the year.

The Rebels tied the game in the fourth when rightfielder Hayden Leatherwood belted a solo homer, his sixth of the season.

Ole Miss took its first lead of the contest in the sixth when shortstop Jacob Gonzalez unloaded a two-run shot, his fifth homer of the year.

LSU, however, struck for three runs in the top of the seventh as first baseman Tre’ Morgan delivered a two-out, RBI single before Crews blasted his 10th homer of the year to give the Tigers a 5-4 advantage.

Fontenot blanked the Rebels in the seventh and eighth innings, but he walked Dunhurst to begin the bottom of the ninth and Bench followed with a single to give the Rebels runners at first and second with nobody out.

Fontenot then fanned designated hitter Calvin Harris to end the game and preserve the victory for the Tigers.