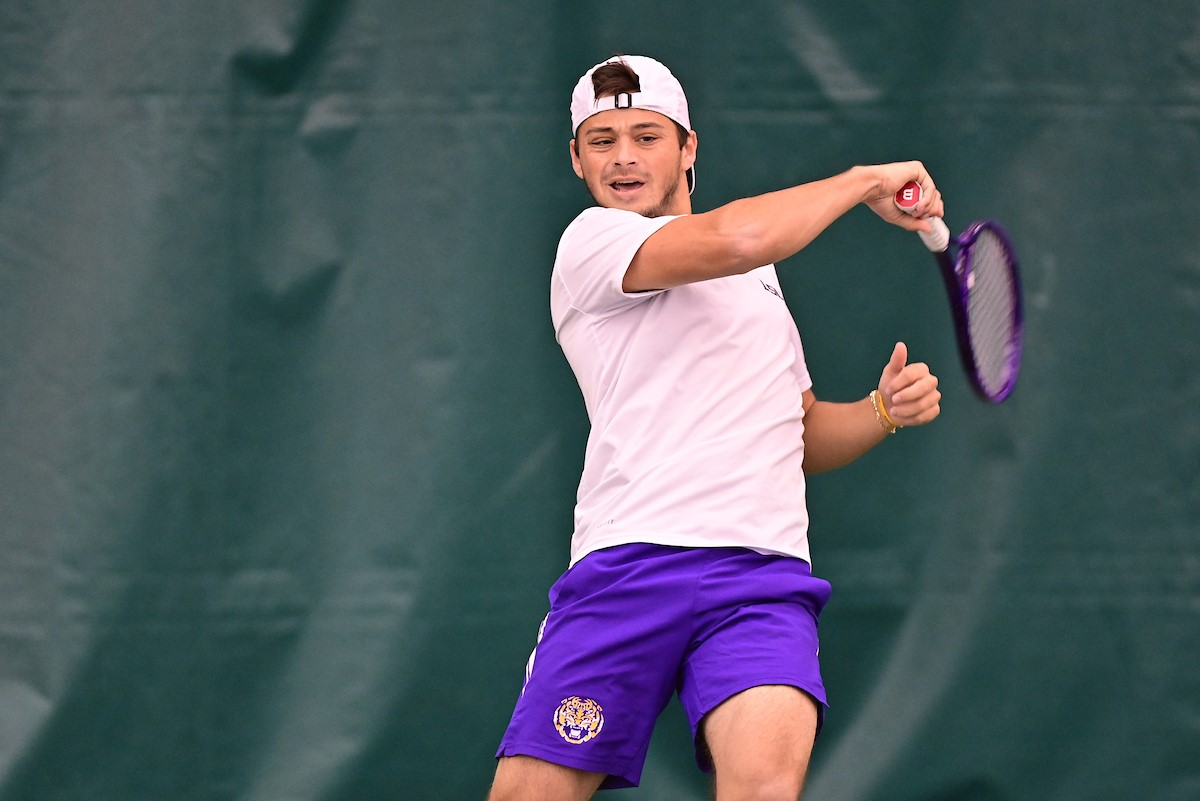 FAYETTEVILLE, ARK.—The 10th-seed LSU men’s tennis team was defeated by 7th-seed Ole Miss, 4-1, in the first round of the SEC Championships Tuesday afternoon in Fayetteville, AR.

It was a battle for every point in Fayetteville. With Ole Miss leading, 3-1, it came down to a third-set tiebreak on court two, while two other singles matches were in tied the third set. LSU was defeated by Ole Miss earlier this season, 6-1, but it was a different story this time around and co-head coach Chris Brandi realized that. “We fought hard and lost to a very tough indoor team, who crushed us earlier this year. The team is improving as the season goes on,” said Brandi.

Last matchup, the Tigers showed more resistance when it came to doubles. The sophomore pairing of Boris Kozlov and Nick Watson were the only duo to win Tuesday, taking down Jan Soren Hain and Jakob Cadonau, 6-2. The No. 1 duo in the nation of Tim Sandkaulen and Finn Reynolds were too much to handle for No. 39 Ronald Hohmann and Rafael Wagner, defeating the Tiger duo, 6-2. Ole Miss clinched the doubles point after Simon Junk and Brady Draheim defeated Joao Graca and Joey Thomas, 6-4.

After that, each match came down to the wire, starting on court one with a heavyweight matchup between No. 48 Ronald Hohmann and No. 14 Finn Reynolds. Last time these two met in March, Reynolds got the best of Hohmann in three sets, but it was the other way around this time. Hohmann was locked in early, taking down Reynolds in the first set, 6-2. Reynolds came back in the second set and took it, 6-1. Tied at four in the third set, Hohmann put it together and defeated his sixth ranked opponent of the year, 6-2, 1-6, 6-4.

The Tigers put their fate in the hands of the NCAA as they await to be selected for the NCAA tournament. The selection show will be on May 2 and Chris Brandi expects LSU to be selected. “Now we head home and prepare for NCAA’s. We’ll find out in a week and a half, but we think we’ve earned a spot,” said Brandi.