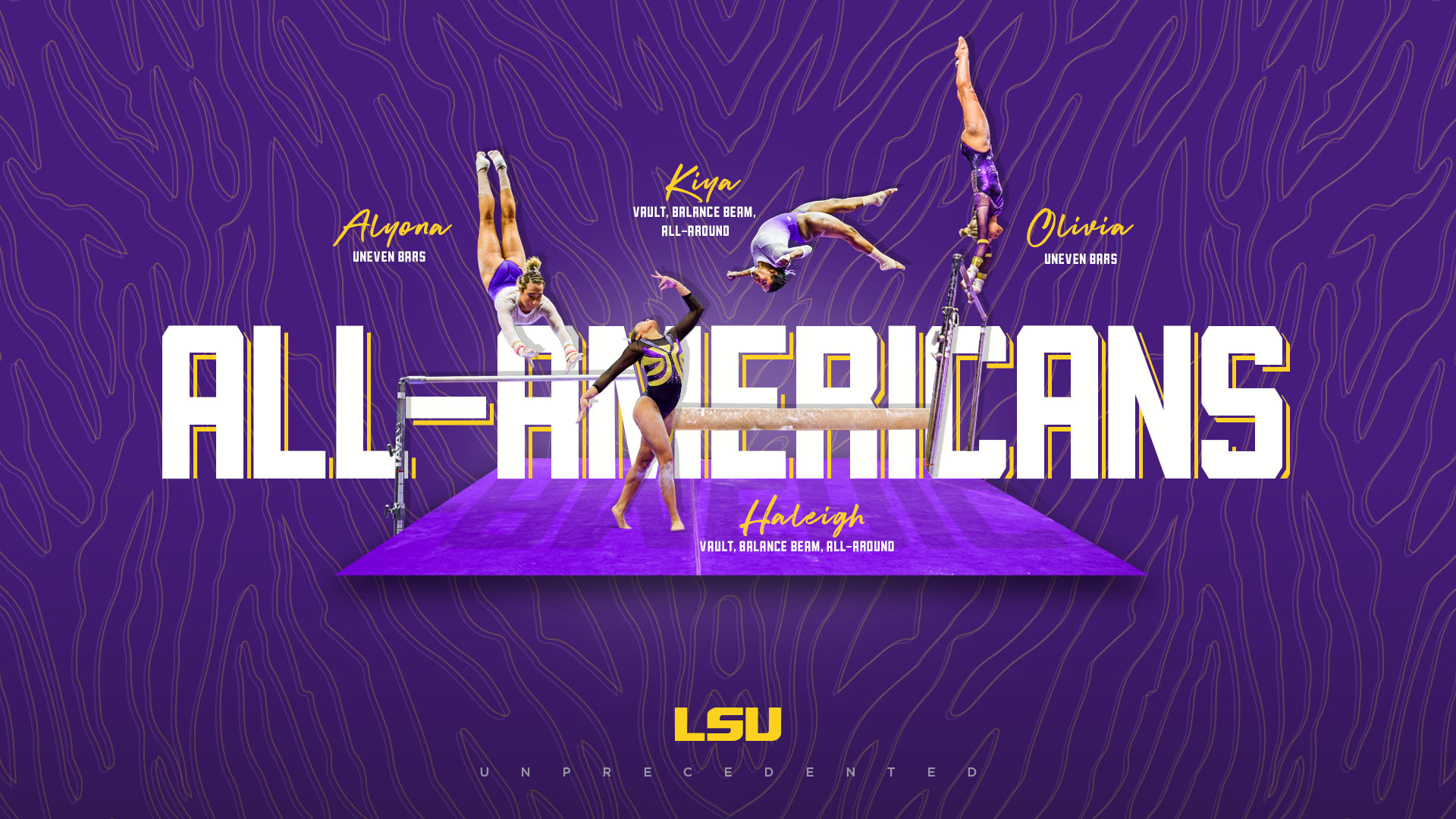 A gymnast earns All-America honors if they finish in the top-eight in the rankings of either semifinal. LSU has now earned 282 regular season and meet honors in school history.

Bryant led the way with honors on vault, beam and the all-around. The freshman won the NCAA Vault title after a near-perfect 9.975 score. She won the program’s 16th NCAA title and became the second freshman in school history to win an award. Bryant earned six total All-America honors in her first year competing for the Tigers.

Dunne and Shchennikova earned honors on bars in their first NCAA Championship meet with a score of 9.90. It marked the first honor for Dunne and second for Shchennikova.

All eight of All-America honors came from LSU underclassmen in their first NCAA meet. The Tigers will bring back at least 16 of 24 routines from NCAA Championships and all six seniors will have the chance to come back for a fifth year.