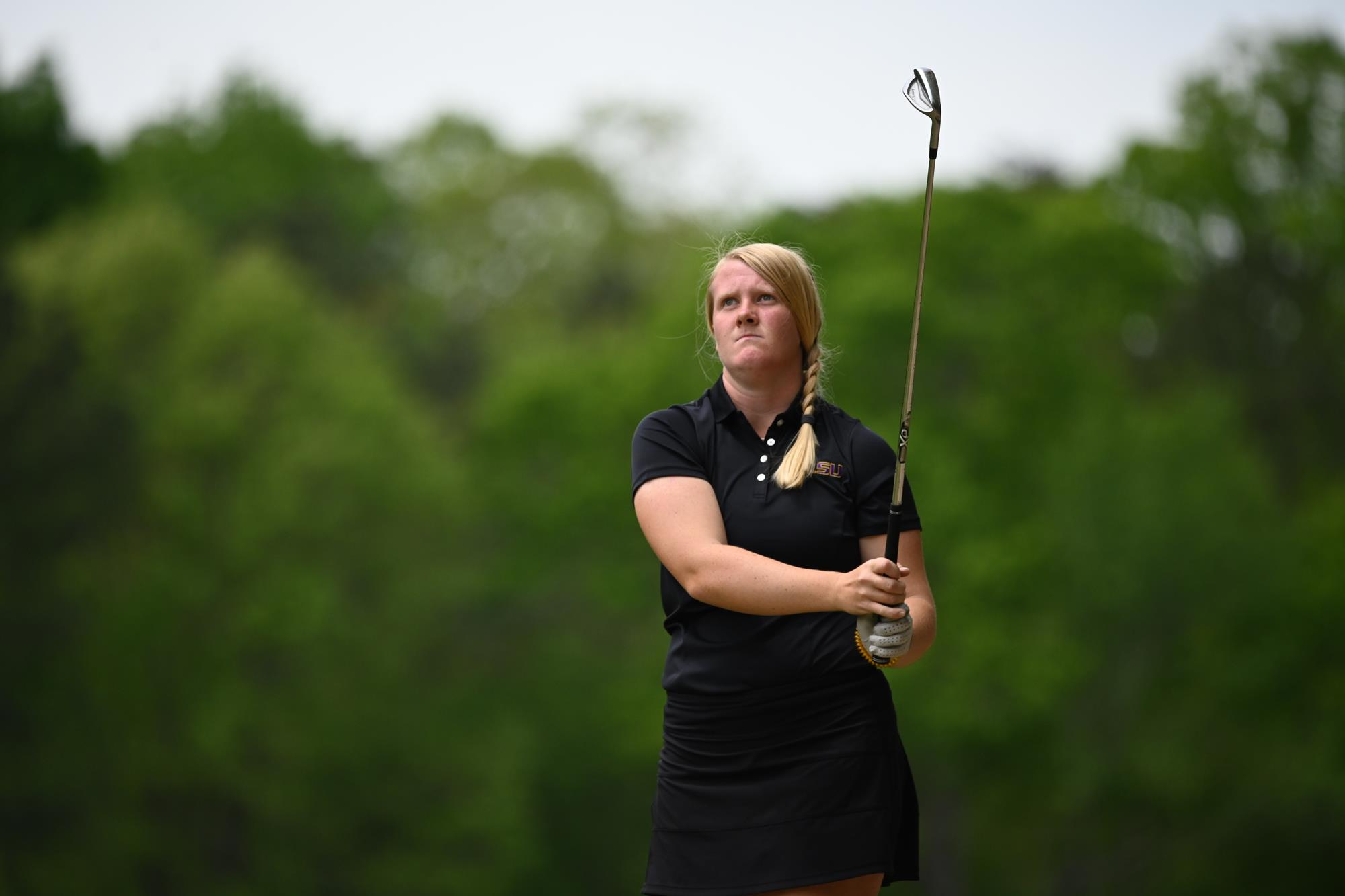 BIRMINGHAM, Ala. – LSU sophomore Ingrid Lindblad finished 2021 SEC Championship Stroke Play as the conference runner-up after a record-setting 54-hole score of 14-under 202, Friday at the Greystone Golf and Country Club Legacy Course. The No. 4 LSU women’s golf team earned the No. 1 seed as the championship moves into Match Play to determine the team title.

LSU begins match play on Saturday morning at 7:50 a.m. in the quarterfinals against No. 8 seed Arkansas off of Hole No. 1. Semifinals will be held Saturday afternoon to determine the finalists for Sunday’s championship match.

“It’s been an unbelievable and historic three days that I won’t forget anytime soon,” said head coach Garrett Runion. “I am so happy for this team and the way they played. To shoot 46 under par as a team in the SEC Championship, leading after all three rounds and breaking SEC and LSU records along the way was special. It truly was a team effort as all five players finished under par for the tournament. It was like a contest of who could make the most birdies in one round. My biggest challenge now will be to bring their excitement down and get them ready for match play. How they played and what they did was amazing, but everything starts over starting tomorrow and we need to be ready. It’s not over yet, we still have work to do. The ladies are excited, and I am excited too.”

LSU was firing on all cylinders in Friday’s final round. Lindblad’s 202 is an LSU individual 54-hole school record formerly held by Austin Ernst who shot a 203 at the Cougar Classic back in 2011. Lindblad shot an 8-under 64 in the third round, her second time shooting 64 this season. Lindblad finished the round with eight birdies and 10 pars.

Sophomore Latanna Stone finished the first three rounds with a 12-under 204, the third best 54-hole score in school history. Stone was on fire in round three shooting a 7-under 65. She carded a total of 10 birdies within the round to finish fourth overall.

Senior Kendall Griffin was the third Tiger scorer, finishing the tournament with an 11-under 205, which ties the fourth best individual 54-hole score in LSU’s history. She picked up seven birdies in the third round shooting a 3-under 69 and finished in a three-way tie for fifth place.

Junior Alden Wallace finished the first three rounds with a score of 8-under 208, which ties for the 12th best individual 54-hole score in school history. Wallace shot even par in round three and carded five birdies within the round to finish tied for 10th place.

Freshman Carla Tejedo Mulet shot a 2-under 214 for the tournament. Tejedo Mulet finished round three one over par with two birdies and finished tied for 31st.

LSU was the only team to have all five players finish the 54 holes under par. The Tigers had Lindblad, Stone and Griffin each shoot under par in all three rounds.

The most up to date scores and standings can be viewed at Golfstat.com. Fans can also follow along at @LSUWomensGolf on Twitter and Instagram for updates.