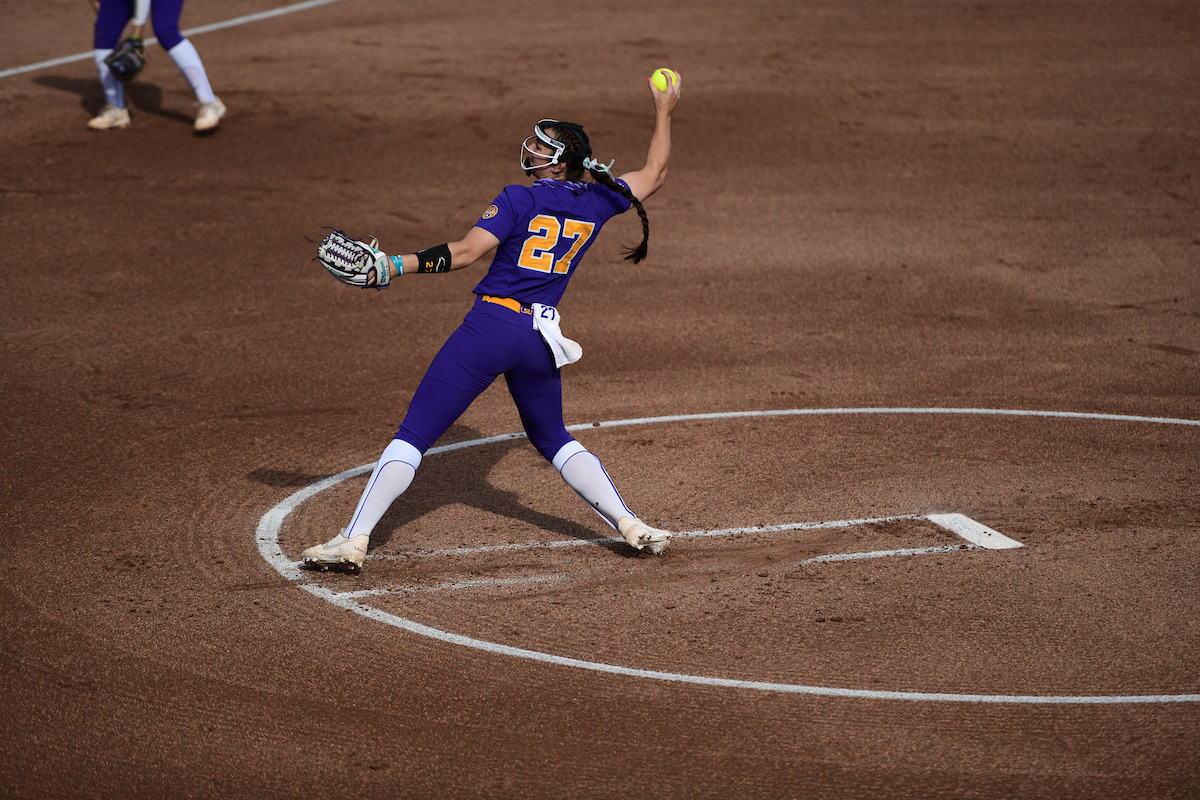 RALEIGH, North Carolina – A three-run home run in the bottom of the sixth inning proved to be the difference in a tightly contested softball contest as No. 15 LSU fell to North Carolina State, 3-1, Friday evening at Curtis and Jacqueline Dail Stadium.

Logan Morris took an Ali Kilponen pitch to the center field fence scoring Angie Rizzi and Sam Russ in front of her to erase a 1-0 LSU lead that had held up since the second batter of the game.

Kilponen was in for a second batter after relieving Tiger starter Shelbi Sunseri.

The bottom of the sixth inning started with a single by April Visser in the nine spot in the batting order, the first Wolfpack batter to lead off an inning reaching base.

Rizzi then drilled a line shot to center that got over the head of Aliyah Andrews and made it to the fence for a double putting runners on second and third with nobody out.

The Tigers elected to go with the pitching change to bring Kilponen in and a wild sequence took place. Sam Russ laid down a bunt just down the third base line. Visser tried to score from third and was originally ruled safe as the umpire ruled new catcher Morgan Cummins missed the tag.

A discussion then occurred with the umpires and separately with both coaches. Visser was then called out by the home plate umpire for apparently not touching home plate.

Rizzi moved to third and Russ to second on the play setting the stage for Morris’ home run, her eighth of the season.

Until that sequence the game had turned into a nice pitcher’s battle between Sunseri and Kaplan, Louisiana native Abby Trahan for NC State.

Ciara Briggs got LSU’s only run with one out in the first inning, connecting on a no-doubter to right field on a 2-2 count that gave LSU a 1-0 lead. It was her third home run of the season.

LSU was able to get a runner to third in the second inning and a runner to second in the third, but could not get any further runs across.

Meanwhile, Sunseri was rolling along getting NC State to hit into five ground ball outs facing the minimum in the first three innings. She allowed just one fly ball and struck out three the first time through the lineup.

Sunseri retired the first two batters in the fourth on two more ground outs before eventually home run hitter Morris put one through the left side for the Wolfpack’s first hit of the game.

Sunseri got four outs in the fifth inning after an opening out recorded by shortstop Taylor Pleasants. Sunseri got the strikeout of Tatyana Forbes but a pass ball allowed the runner to reach first. She advanced to second on a wild pitch. But Sunseri continued to show her grit, striking out pinch hitter Kaylee Lambrecht looking and then got Libby Whitaker swinging to end the fifth.

Sunseri in five innings and two batters allowed three hits, one earned run with no walks and six strikeouts, facing 19 batters. Kilponen takes the loss to drop to 10-5 on the year giving up two hits and two runs in her one inning of work.

Trahan upped her record to 11-4 going the distance giving up three hits and the one home run to Briggs. Trahan walked three and struck out six.

The teams conclude the series at 4 p.m. CDT Saturday with a doubleheader that will be broadcast on the LSU Sports Radio Network and streamed on ACCNX.