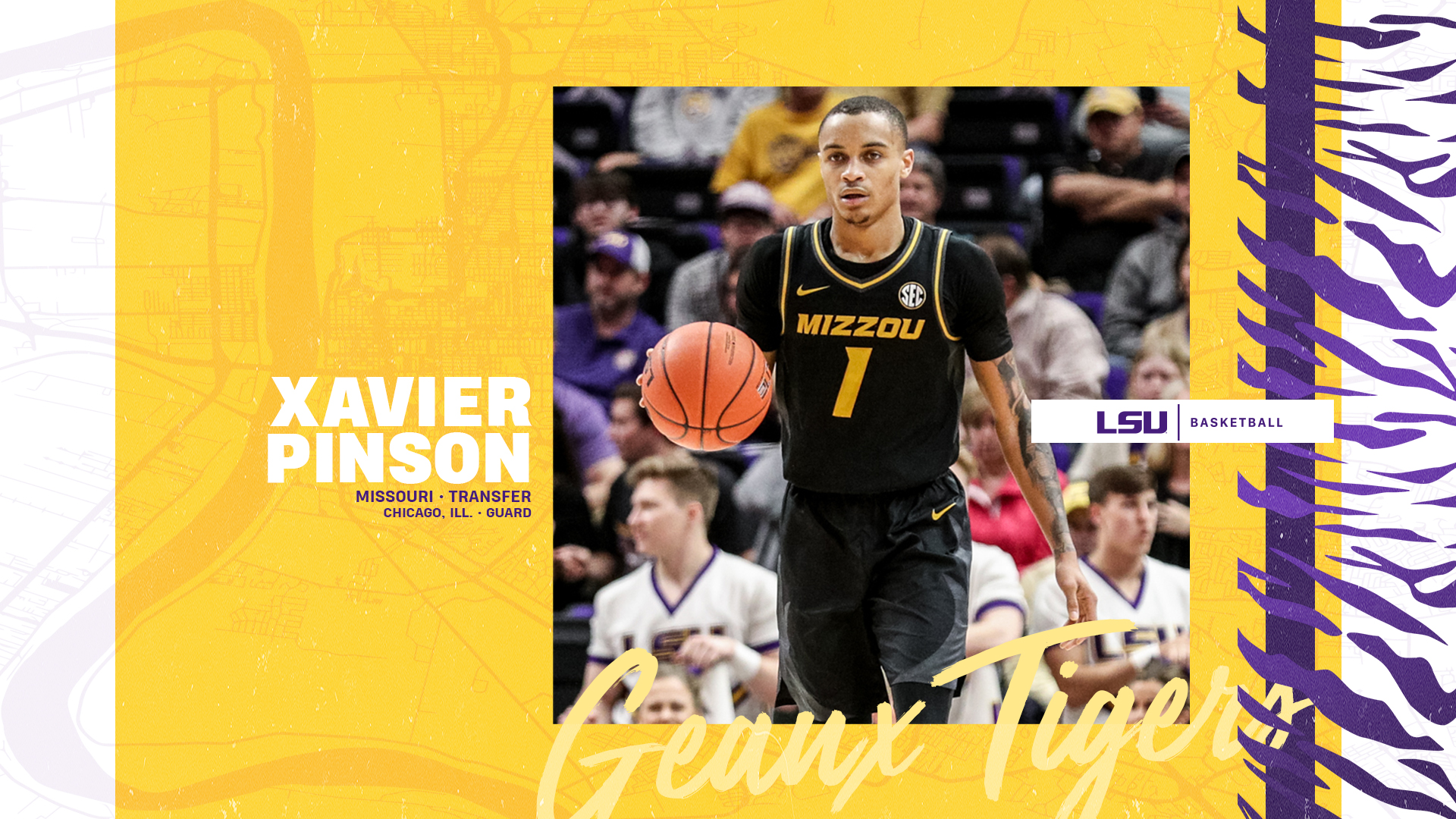 BATON ROUGE – LSU Athletics and head basketball coach Will Wade announced on Friday that Xavier Pinson has signed the necessary Southeastern Conference and institutional paperwork to complete his transfer to the LSU Basketball program.

Pinson, a native of Chicago, played the past three seasons at Missouri. Last year he averaged 13.6 points and 2.9 assists per game.

“We are excited to have Xavier Pinson join the LSU Basketball team,” said Coach Wade. “He has performed at a high level in the Southeastern Conference for three years and will certainly provide a veteran presence on both ends of the floor for our basketball team.”

Pinson originally attended St. Patrick High School in Chicago before transferring to Simeon Career Academy for his senior season, averaging 11.9 points and 3.8 assists. He helped his team to a 29-4 record, winning the Class 4A sectional and the Chicago Public League title. The three-star athlete scored 31 points in Chicago’s annual City + Suburban All-Star game and was a 2018 Chicago Sun-Times All-City honorable mention selection.