Presented by Tony Chachere's. Kickoff is set for 12:02 p.m. CT in Tiger Stadium; admission is free. 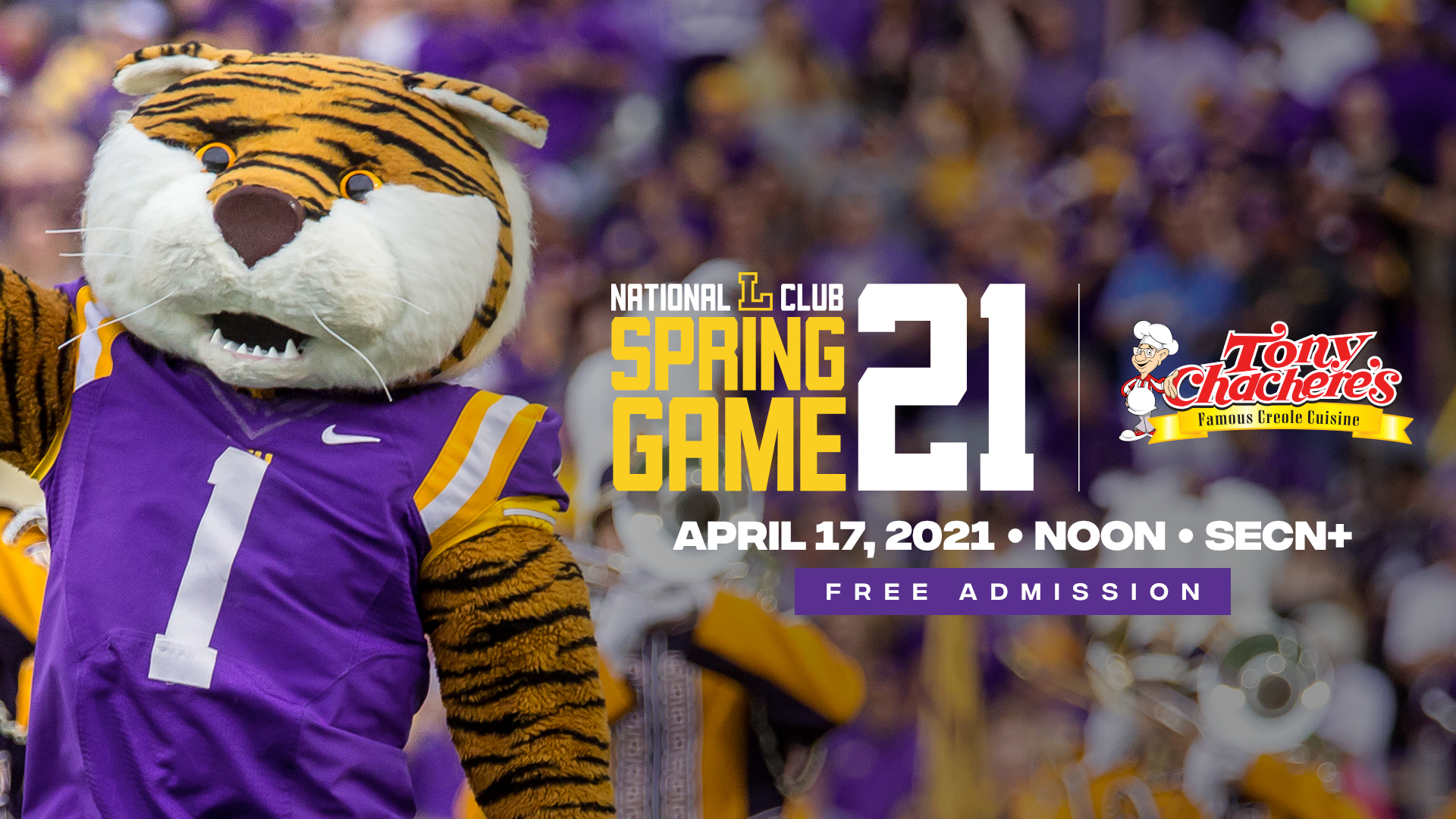 BATON ROUGE – LSU will close out spring practice on Saturday when the Tigers host the annual National L Club Spring Game at noon in Tiger Stadium.

Admission to the game in free of charge and all seating will be general admission and in the lower bowl of the stadium. Gates to Tiger Stadium will open at 11 a.m. and fans will be able to enter at the South and West gates.

The game will be streamed on the SEC Network+ and will be broadcast in the Baton Rouge area on 104.5/104.9 FM and well as LSUsports.net/live.

The spring game will feature the Purple squad facing the White team in a four quarter contest. The first half will be played game-like with the exception of special teams, while the second half will feature two 12-minute running quarters.

“We want to compete, this is another practice opportunity for us and that’s why we are going first offense against first defense and second offense against second defense,” LSU coach Ed Orgeron said. “We are going to rotate some players around, but we want to do enough things to let our players compete and have fun.

Orgeron said from an offensive standpoint, he wants to see how the new offense looks, in particular the passing game and timing between the quarterbacks and receivers.

On defense, Orgeron said, “I was to eliminate explosive plays and see our players running to the football and tackling. Just good basic defense.”

Orgeron said LSU will run its core offense and that the Tigers will play base defense with no blitzing.

“I want to eliminate mentor errors on defense,” Orgeron said. “Let’s focus on the fundamentals.”

Those fans coming to the game on Saturday reminded that LSU continues to follow safety protocols currently in place for all of its outdoor athletic events and physical distancing is encouraged throughout the lower bowl. In addition, masks will be required to enter Tiger Stadium.

A free 2021 National L Club Spring Game poster and roster card will be distributed to fans when entering the stadium. Concession stands will be open throughout the south concourse of Tiger Stadium.