Tigers in First After Round Two of SEC Championships 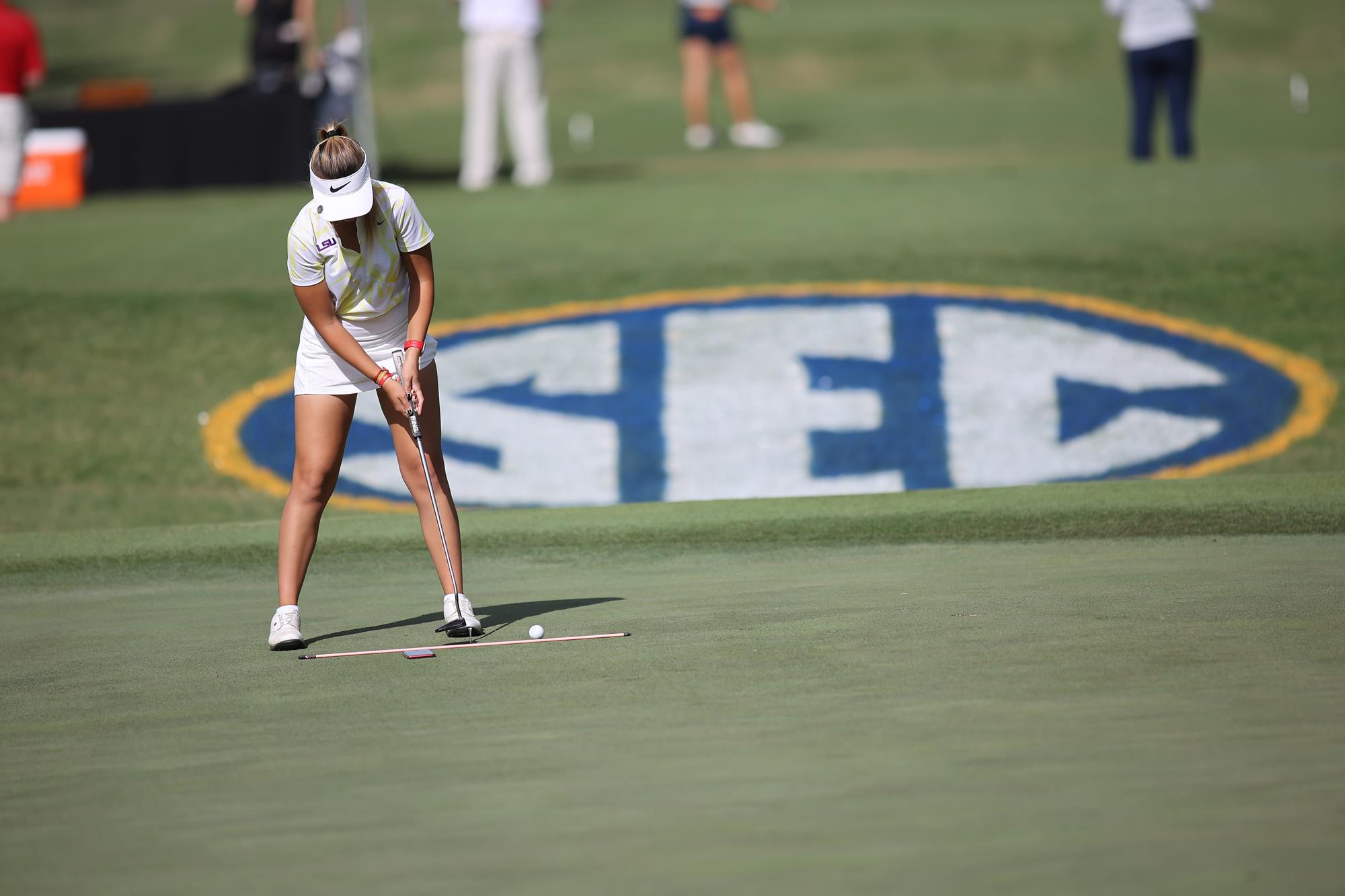 BIRMINGHAM, Ala. – The No. 4 LSU women’s golf team is in the lead after round two of the Southeastern Conference Women’s Golf Championship after shooting a 12-under 276, the second lowest round in school history, Thursday at the Greystone Golf and Country Club Legacy Course layout.

South Carolina is in second shooting a 7-under 281 and Auburn is in third with a 10-under 278 for the round.

“Very proud of the ladies these past two days,” said head coach Garrett Runion. “To come out and break the SEC and LSU single round record is very impressive but I am more impressed with how they backed that up today with the second lowest round in LSU history. Our round today showed how consistent and deep we can be we with four rounds of 69 and our fifth round of 70. It was a fun day and look forward to what we have been doing, focusing on us and trying to improve tomorrow.”

Senior Kendall Griffin shot a 3-under 69 for the day, putting her in a four-way tie for second. Griffin carded six birdies, nine pars and three bogeys for the round.

Ingrid Lindblad, the No. 4 Amateur in the world, finished round two with a 3-under 69, in a six-birdie round to put her tied for 12th overall.

Latanna Stone also finished round two with a score of 3-under 69 with three birdies and stands T16.

Carla Tejedo Mulet picked up five birdies within the round to finish with a 3-under 69 and is currently tied for 22nd place.

Eight teams posted under par team totals in the battle for the eight team spots that will advance to match play after 54 holes are completed on Friday.

LSU will tee off for round three on Friday at 9:40 a.m. CT off the first tee with South Carolina and Auburn. The most up to date scores and standings can be viewed at Golfstat.com. Fans can also follow along at @LSUWomensGolf on Twitter and Instagram for updates.