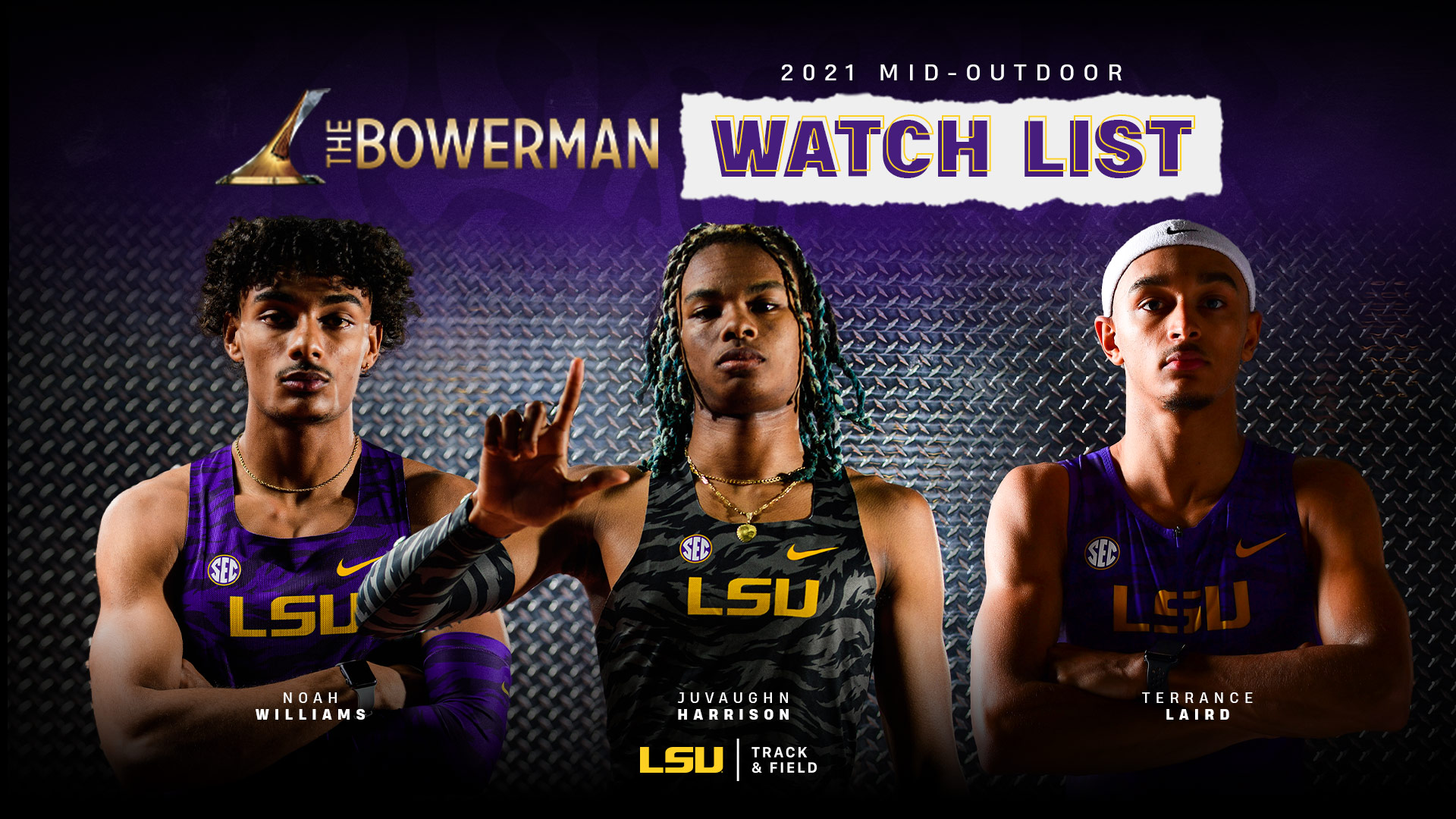 Laird becomes the eighth man in LSU program history to be recognized by The Bowerman committee. Laird ran a time of 19.81 seconds at the Texas Relays in late March to become the third fastest collegiate sprinter over the distance of 200 meters in NCAA history. The performance earned him Texas Relays Performer of the Meet honors and he was named the U.S. Track & Field and Cross Country Coaches Association National Athlete of the Week as well. Laird has also anchored the LSU 4×100 meter relay to the second fastest time in the NCAA this year, a 38.70.

Williams has been pretty quiet since his 44.71 in the indoor 400 meters made him a national champion; that time was the fourth fastest in world history indoors. His lone individual event since then saw him clock a eye opening 20.28 in the 200 meters that was aided by a 3.7 meter per second wind at the Battle on the Bayou on April 3; that has him ranked No. 4 in the NCAA this season. He also dropped a 43.77 split on the anchor leg of the 4×400 meter relay at the Texas Relays in late March. He’s competed on the LSU 4×100 meter relay four times and helped them to three event titles over the past four weeks including an NCAA No. 2 mark of 38.70 in the event.

Harrison just competed for the first time since his epic NCAA sweep of the high jump and long jump titles in mid-March. He cleared a bar of 7′ 3.75″ (2.23 meters) on Saturday at the Crimson Tide Invitational to win the event. The mark has him ranked No. 4 in the NCAA outdoors.

Damion Thomas, a 110 meter hurdler, who became the 10th fastest collegiate hurdler ever with his personal best of 13.22 at the Texas Relays is receiving votes for The Bowerman Watch List.

LSU becomes the fourth program to have three men on this watch list simultaneously joining the likes of Florida, Texas A&M, and Oregon.