No. 15 LSU Softball Travels To NC State For Friday-Saturday Series 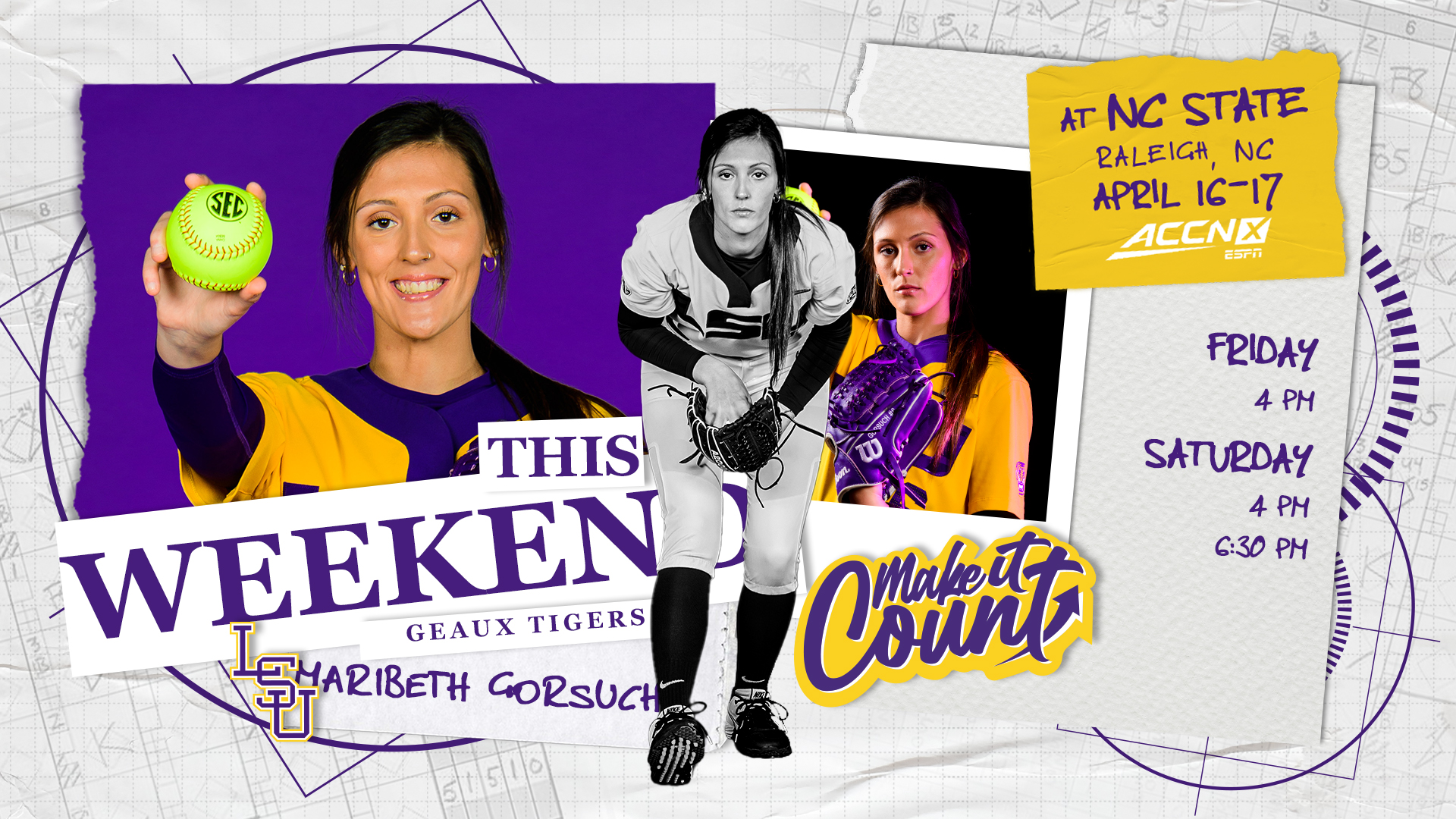 BATON ROUGE – The No. 15 LSU softball team continues its April traveling road show with a trip to Raleigh, North Carolina for a three-game non-conference set with North Carolina State at Dail Softball Stadium starting on Friday.

The Tigers and NC State will play a single game on Friday beginning at 4 p.m. CDT and then a doubleheader on Saturday, also beginning at 4 p.m. Patrick Wright will be on hand for the broadcast on the LSU Sports Radio Network and the games will be streamed on the ACC Network’s platform, ACCNX.

LSU is 24-13 and 7-7 in the SEC after a doubleheader sweep of Missouri in the final two games of the series, 4-2 and 12-5. Coach Beth Torina felt like that sweep was important for the team and their approach to the rest of the season.

“I thought Sunday was a big turning point for our team,” she said this week. “I was really proud of the response they had. I think they were proud of it too. They were very confident and felt good about the spot they were in so hopefully we’ve found it and we can hang on to it and keep moving forward from here.

LSU had 24 hits combined in the doubleheader Sunday and most impressively rallied from 5-1 down after one inning of the second game, scoring 10 runs over the last four innings of the contest.

“I thought we had a lot of people contribute as Sunday went on. It was a very long day,” Coach Torina said. “I thought they earned everything they got. It was obvious they wanted the series and they weren’t going to back down. I just think (our players) found some more confidence. A little bit more of an attacking mentality.”

Briggs, a second-year freshman, was 5-for-12 at the play with six runs scored and two RBI.

The Tigers were scheduled to play a non-conference game this past Tuesday at McNeese State but that game was rained out. The teams are trying to work out a possible new date for that game. If not, after the North Carolina State series, the Tigers will have three Southeastern Conference sets left at Kentucky and at home against Arkansas and Auburn.

Following an 8-for-13 performance at the plate, NC State’s Angie Rizzi was named the ACC Player of the Week. Rizzi batted .615 with a 1.154 slugging percentage that included a double and two home runs. She scored four runs and had four RBI for the Wolfpack. For the season, she is hitting .420 with an ACC leading .544 on-base percentage.

LSU and NC State will be meeting for the first time since the season opening Tiger Classic in Feb. 2015 in Baton Rouge. LSU won the games, 7-0 and 4-2.