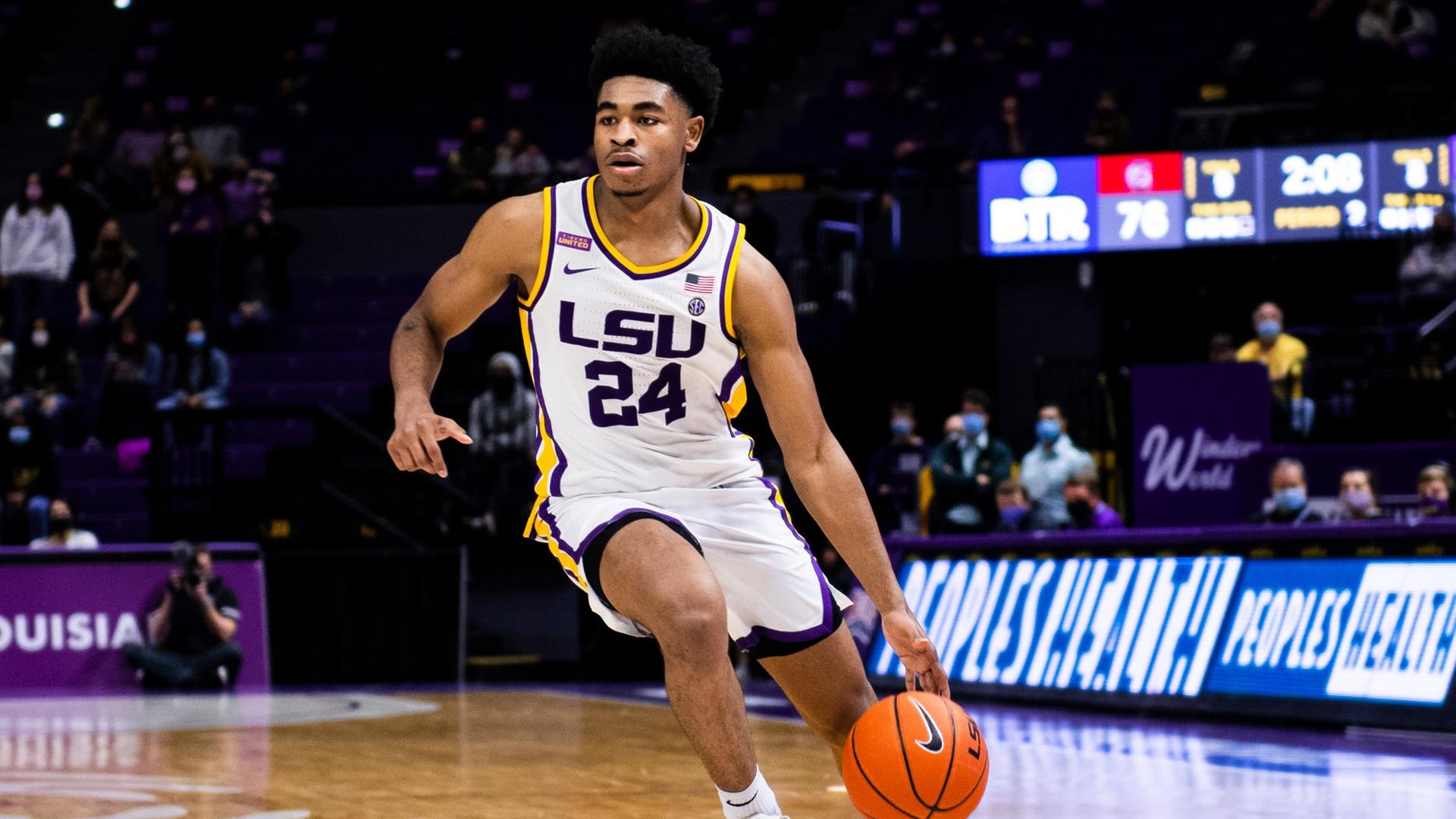 BATON ROUGE – After a spectacular freshman campaign at LSU, Cameron Thomas announced on Thursday that he was “declaring for the 2021 NBA draft and intend to sign with an agent.”

Thomas posted his note about his freshman year and plans on Twitter shortly before Noon CT.

Thomas earned All-SEC First Team honors in 2021 as well as SEC All-Tournament team honors. He was the USA Today SEC Newcomer of the Year and a second team All-America as selected by the paper. He was an honorable mention A-A selection by the Associated Press and a Collegeinsider.com Kyle Macy Freshman All-America.

Thomas came to LSU from Chesapeake, Virginia as a “prolific scorer” and lived up to that billing by leading all NCAA D1 freshmen in scoring while posting one of the top freshman seasons in LSU Basketball history. He averaged 23.0 points per game, 3.4 rebounds and 1.4 assists. He averaged 23.1 points in the 17 SEC games.

He scored 27 points versus St. Bonaventure and 30 against Michigan in his two NCAA Tournament games. Thomas finished with the 13th-highest scoring average by an LSU player in its history and his 22 games over 20 points was the most by a Division I freshman in 2020-21.

Thomas finished fourth in the nation in scoring average, third in total points (668) and first in free throws made (194).