Gymnastics to Compete for Spot in NCAA Championship Final 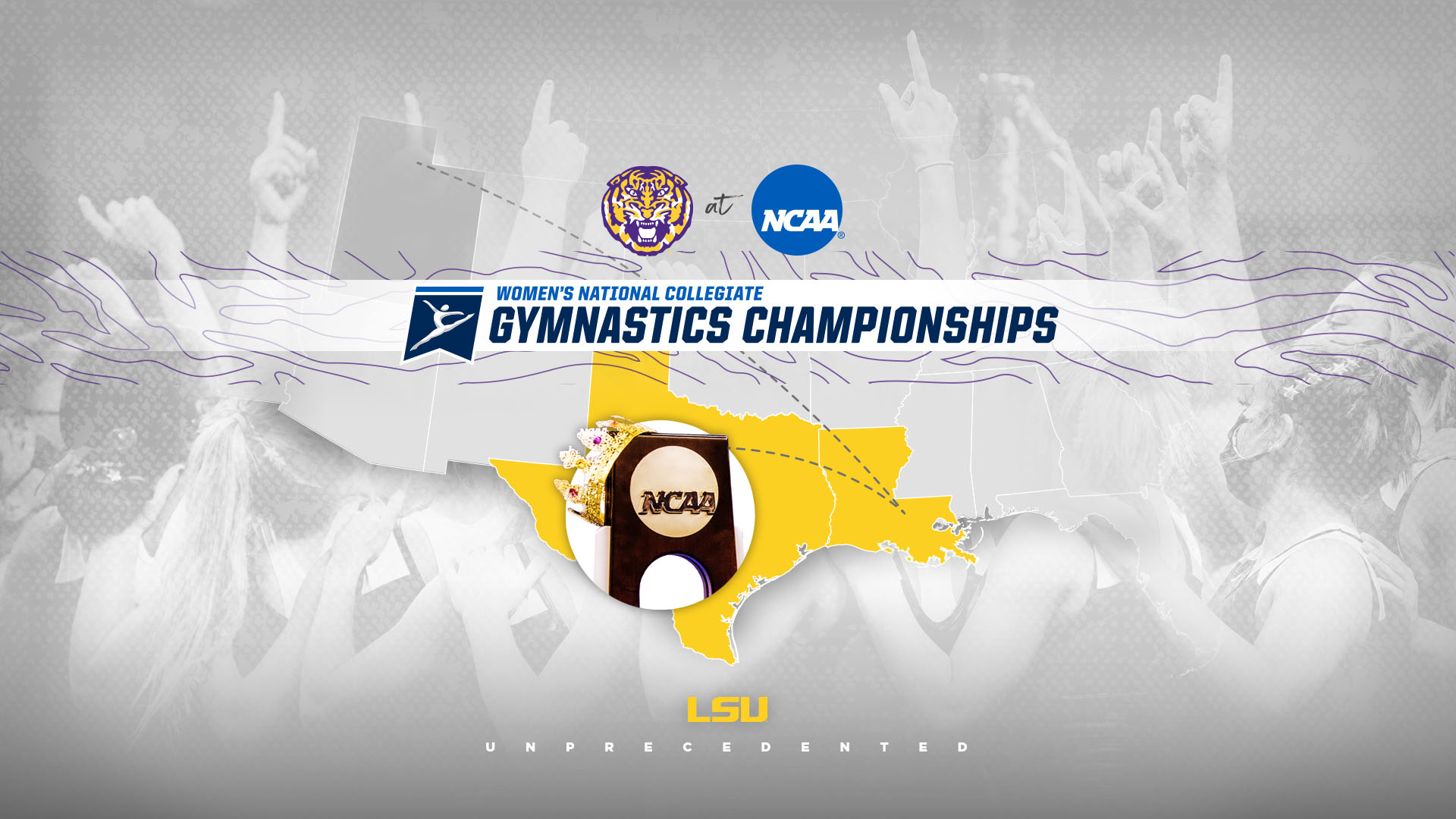 FORT WORTH, Texas – No. 3 LSU Gymnastics team will compete in Semifinal II of the NCAA Championships and contend for a spot in the championship final at 5 p.m. CT Friday at Dickies Arena.

The Fighting Tigers are going after their ninth NCAA Championship finals appearance since 2008 and fifth straight. They will compete against No. 2 Oklahoma, No. 6 Utah and No. 7 Alabama in what is sure to be one of the closest semifinals ever. The first semifinal features No. 1 Florida, No. 4 Michigan, No. 5 Cal and No. 8 Minnesota. The top two teams from each semifinal will advance to the final on Saturday.

“This is what this team has worked for over the last two years, to get back to NCAA Championships,” head coach Jay Clark said. “They are so prepared to against the best teams in the nation. These meets are won by handstands and landings. We have to do the little things right because this team is capable of finishing the job.”

The semifinal will be televised on ESPN2 on Friday with Bart Conner and Kathy Johnson Clarke on the call. All four events will have a dedicated live stream available via WatchESPN.com and the app.

All rotations were predetermined by random draw. As the second-place team in the bracket, the Tigers will open on floor and head to vault and bars before finishing on beam. Individual event and all-around national champions will be determined during the semifinal competition. LSU has 15 individual national champions in its history. In 2019, Sarah Finnegan and Kennedi Edney won the bars and vault titles for the Tigers.

The underclassmen will bear a large part of LSU’s lineup with 16 routines. Haleigh Bryant and Kiya Johnson are two of the nation’s top all-around gymnasts. Bryant is the 2021 Southeastern Conference Freshman of the Year. She finished the regular season as a three-time All-American. Johnson is the No. 1 performer on floor. The sophomore from Dallas, Texas, has not scored below a 9.95 all season and owns three 10’s on the event.

Clark, who is in his first season as LSU’s head coach, has led the program in 2021 through unprecedented times. He is now the fourth coach in NCAA Gymnastics history to lead two division I teams to NCAA Championships. He is joined by Bob Moore, Ashleigh Clare-Kearney Thipgen and Ashleigh Gnat. Moore has coached the most vault national champions in the sport’s history. As gymnasts, Thigpen and Gnat won NCAA event titles for the Tigers.