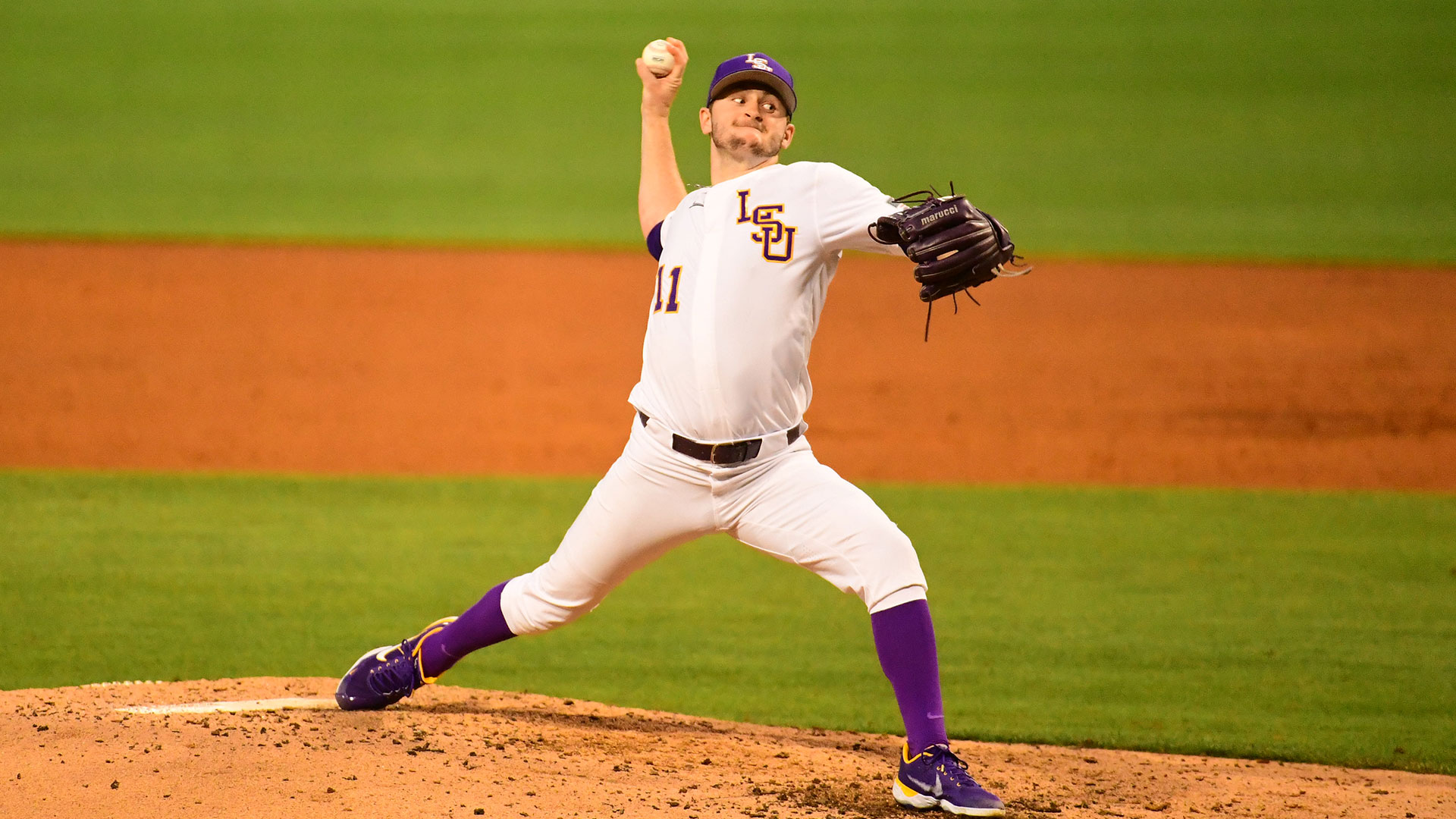 The teams are scheduled to meet in Game 2 of the series at 7 p.m. CT Friday in Alex Box Stadium, Skip Bertman Field. The game will be streamed on SEC Network +, and it may be heard on affiliates of the LSU Sports Radio Network.

Marceaux (4-3) pitched brilliantly, limiting South Carolina to three hits in seven scoreless innings with one walk and 12 strikeouts. He threw 107 pitches, 70 for strikes.

“I just thought we played a really great game tonight in every facet,” said LSU coach Paul Mainieri. “We’re playing an outstanding ball club in South Carolina and their pitchers all have power arms. Our at-bats were just tremendous, we only struck out six times against those good arms.

“Landon was an ace in every sense of the word tonight. He got big outs when he needed them; it was an amazing performance by him, he put the whole team on his shoulders, and the whole team played great behind him.”

South Carolina starter Thomas Farr (4-3) was charged with the loss as he surrendered two runs on four hits in five innings with three walks and three strikeouts.

LSU jumped out to a 2-0 lead in the bottom of the first inning when leftfielder Gavin Dugas launched a two-run homer, his 10th dinger of the season.

Farr and South Carolina reliever Daniel Lloyd held the Tigers scoreless for the next five innings before the Tigers plated two runs in the seventh on rightfielder Dylan Crews’ RBI double and a sacrifice fly by third baseman Cade Doughty.

LSU extended its lead to 5-0 in the eighth when designated hitter Cade Beloso unloaded a solo blast, his third homer of the season.

LSU reliever Devin Fontenot worked the final two innings to preserve the win, allowing just one unearned run on no hits with one walk and four strikeouts.