LSU Breaks Records, Tied for the Lead at SEC Championships 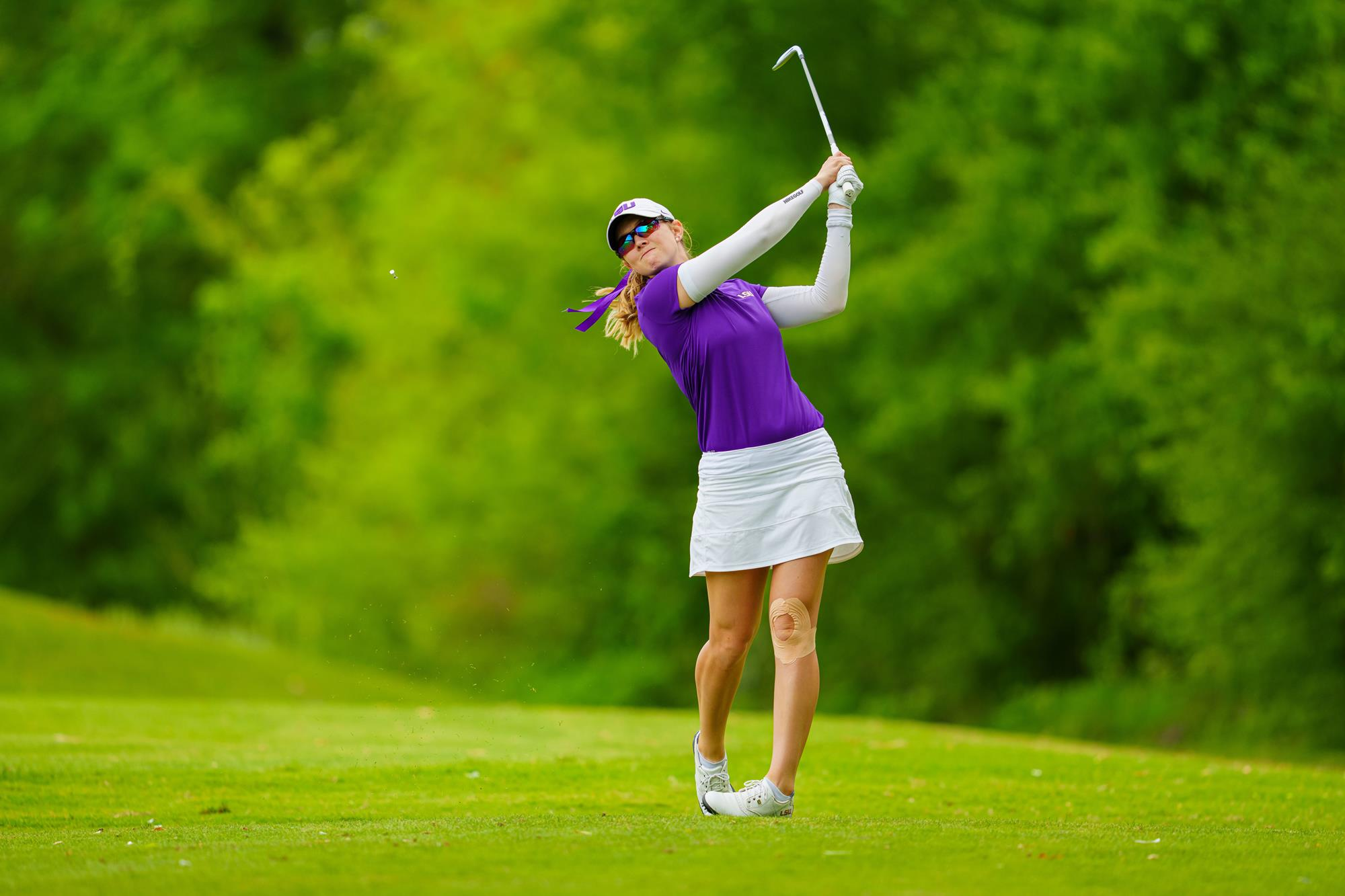 BIRMINGHAM, Ala. – The No. 4 LSU women’s golf team is tied for the lead after the first round of the Southeastern Conference Women’s Golf Championship Wednesday after shooting a league and school record setting single round of 16-under par 272 over the Greystone Golf and Country Club Legacy Course layout.

The Tigers are tied for the lead with No. 1 South Carolina, which also posted a 16-under 272.

LSU’s first round in the play five, count four score team golf format of 272 tops the tournament’s all-time single low round of 275 formerly held by Alabama in the third round of the event in 2017 (also at the Legacy Course).

No team has previously ever posted a 280 (8-under) in the first round in the long history of the tournament.

The Tigers were led by junior Alden Wallace, who is tied for second at 6-under 66. Her 66 puts her in a tie for eighth on LSU’s single round all-time list. Wallace finished round one with seven birdies and just one bogey. Her 66 is just one off the LSU record for the SEC Championship, which is held by Katy Harris who shot a 65 in the second round of the 2001 event.

South Carolina’s Ana Pelaez’s 8-under 64 is the first-round leader and is the all-time individual round in tournament history.

Senior Kendall Griffin was second-lowest Tiger for the day. Griffin shot a 5-under 67 carding six birdies and just one bogey in the round. She posted the best score on par 3s in the field at 2-under. Griffin is currently in an eight-way tie for fourth.

Ingrid Lindblad, the No. 4 Amateur in the world, shot a 3-under 69, in a five-birdie round  to put her tied for 16th overall.

Latanna Stone finished round one with a score of 2-under 70 with three birdies and stands T25.

Carla Tejedo Mulet was even for the day and is currently tied for 38th place.

Both LSU and Mississippi State finished round one with a tournament best total of 24 birdies.

After an amazing round of golf by the field, the average score for the tournament was under par, 71.53. Eleven teams posted under par team totals in the battle for the eight team spots that will advance to match play after 54 holes are completed on Friday.

LSU will tee off for round two on Thursday at 9:40 a.m. CT off the first tee with South Carolina and Mississippi State. The most up to date scores and standings can be viewed at Golfstat.com. Fans can also follow along at @LSUWomensGolf on Twitter and Instagram for updates.