Award Winner to be Announced by USA Baseball in July 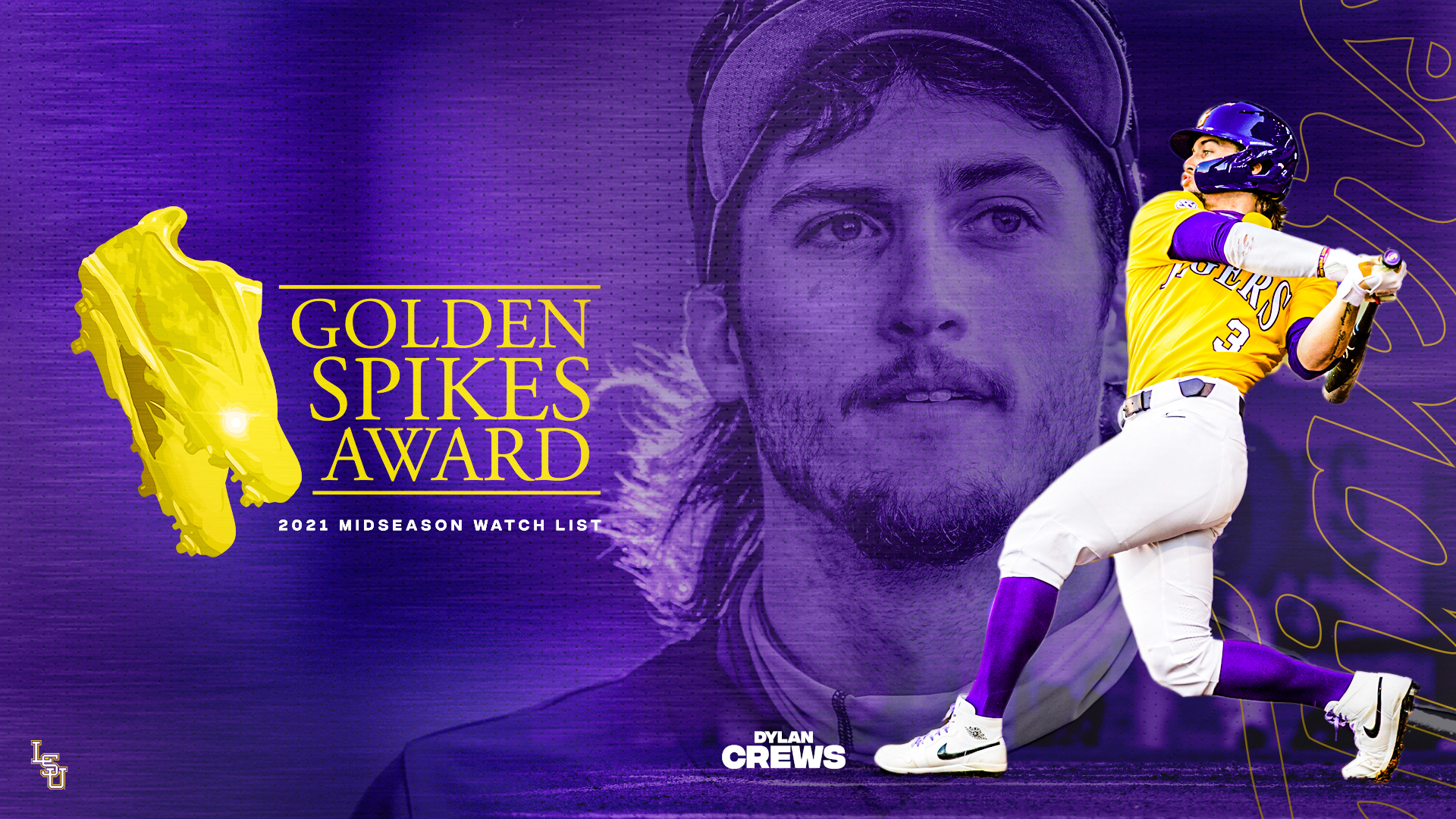 DURHAM, N.C. – LSU freshman outfielder Dylan Crews was named by USA Baseball Wednesday to the 2021 Golden Spikes Award midseason watch list. The award is given each season to the top amateur baseball player in the country, and the winner of the 43rd Golden Spikes Award will be announced in July.

The midseason watch list features 45 of the nation’s top amateur players from the high school and college ranks and includes 34 athletes who have played their way onto the watch list since the preseason list was announced on February 18.

The Golden Spikes Award Advisory Board will continue to maintain a rolling list of athletes, allowing players to play themselves into consideration for the award before announcing the semifinalists on June 8.

Crews was named SEC Freshman of the Week on February 23 after he hit .583 (7-for-12) during the season-opening weekend with two homers, three RBI and two runs scored. He also walked four times and recorded an on-base percentage of .688.

In total, 17 different NCAA conferences have at least one athlete on the Golden Spikes list. The Southeastern Conference leads all conferences represented on the midseason watch list with nine athletes, while seven players represent the Atlantic Coast Conference and five hail from the Big 12 Conference.

On Tuesday, June 8, USA Baseball will announce the semifinalists for the 2021 Golden Spikes Award. The list of semifinalists will then be sent to a voting body consisting of baseball media members, select professional baseball personnel, current USA Baseball staff and the previous winners of the award, representing a group of more than 200 voters.

As part of this selection process, all voters will be asked to choose three players from the list of semifinalists. On June 24, USA Baseball will announce the finalists, and voting for the winner will begin that same day.

Fan voting will once again be a part of the Golden Spikes Award in 2021. Beginning with the semifinalist announcement and continuing through the finalist round voting deadline, fans from across the country will be able to vote for their favorite player on GoldenSpikesAward.com.