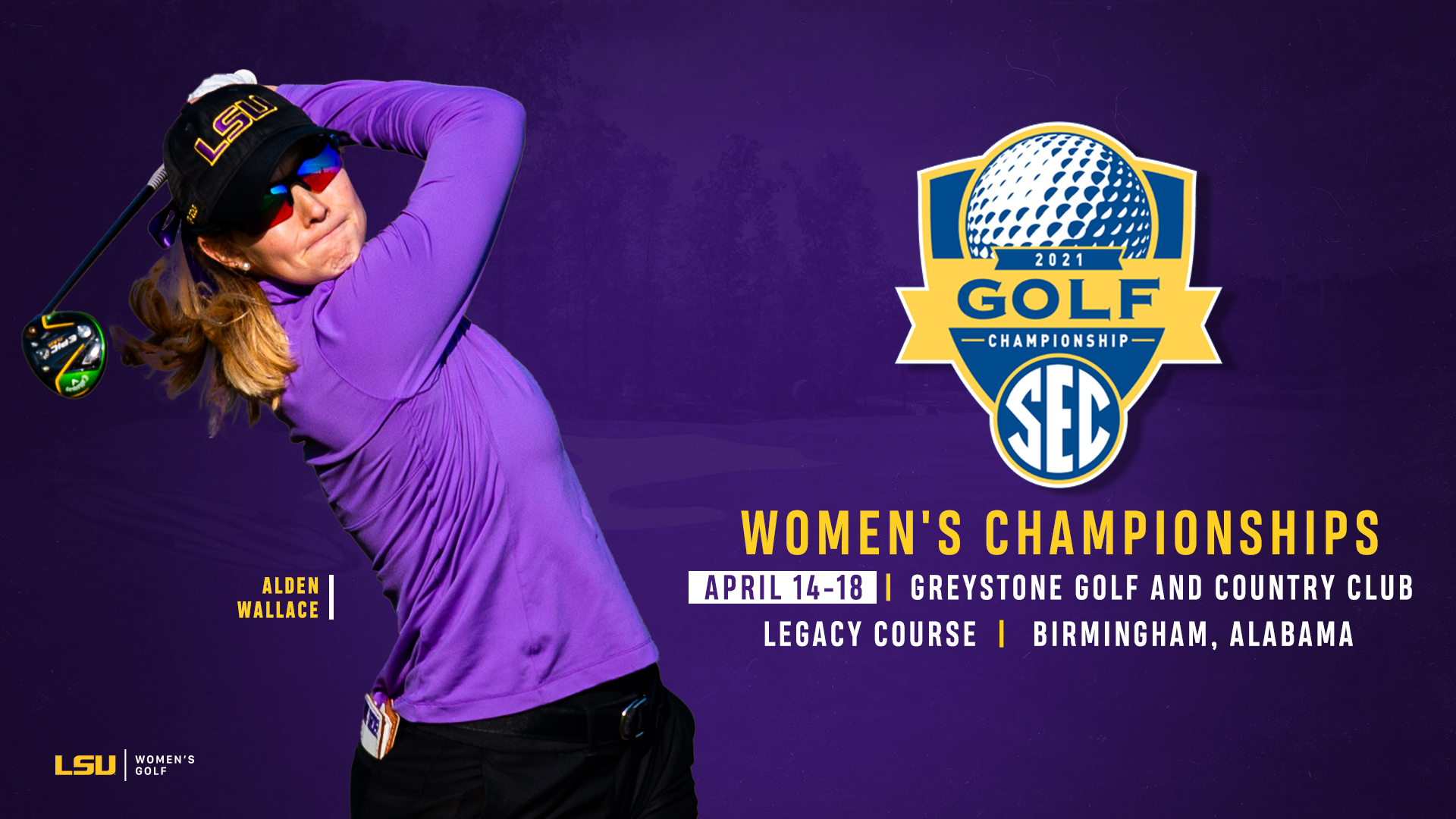 Live scoring will be available at Golfstat.com.

“The main goal is getting rested,” said head coach Garrett Runion. “Getting rested and ready to go. SEC’s is a long tournament with the match play.”

Senior Kendall Griffin and junior Alden Wallace will make the return trip to the Legacy Course at Greystone, while sophomores Ingrid Lindblad and Latanna Stone and freshman Carla Tejedo Mulet are making their first appearance at the SEC’s postseason event. After the cancellation of the event in 2020 due to COVID-19, this will be Griffin and Wallace’s second appearance.

LSU is coming off a strong victory in their final regular season event at the LSU Tiger Golf Classic to boost the team’s confidence heading into the postseason. The Tigers shot their three lowest rounds (289,278,285) to total 12-under par for the tournament.

“The LSU Tiger Classic was a top to bottom win,” said Runion. “Everybody contributed. Carla Tejedo Mulet played great. Especially that second round, her 65, which I believe is a tournament course record. Really proud of her. She played awesome there. Kendall Griffin, going out in style. She had an under-par round in the final round after not what she would have liked in the first two rounds and she really bounced back and played a good round when she needed it. Latanna Stone has played great all year. Real consistent rounds by her. Just really pleased. Alden Wallace played good at home but had not really been in the lineup. She stepped up and played amazing. Everybody contributed. I think we all have a lot of confidence going into SEC’s and continue this good play.”

All 14 teams will compete 54 holes of stroke play Wednesday through Friday. The individual champion and runner-up will be determined following the 54 holes. Also, the top eight teams will advance for match play competition on Saturday and Sunday.

Winning teams will advance to the semifinals and then the finals. The first team to win three points within the team match will advance, or in the case of the final match be declared the Conference champion. The championship match on Sunday will be televised live on the SEC Network.

Match play lineups will be determined using the same method employed at the Presidents Cup matches.

This will be the third season that the SEC uses match play to determine the team champion. The Legacy Course will play at par 72 and 6,253 yards. LSU will tee off in the opening round beginning at 9:40 a.m. from Hole No. 1 and is paired with South Carolina and Ole Miss.

As a squad, the Tigers are averaging 289.54, only the second season in school history to be under 290. Lindblad leads the team in stroke average at 70.63 and has the most rounds on the team of par or under at 16.

The number four amateur in the world, Lindblad is coming off a finish to the regular season where she won the Liz Murphey Collegiate in Athens, Georgia, finished T3 in the prestigious Augusta National Women’s Amateur and then won the LSU Tiger Golf Classic with three consecutive under par rounds.