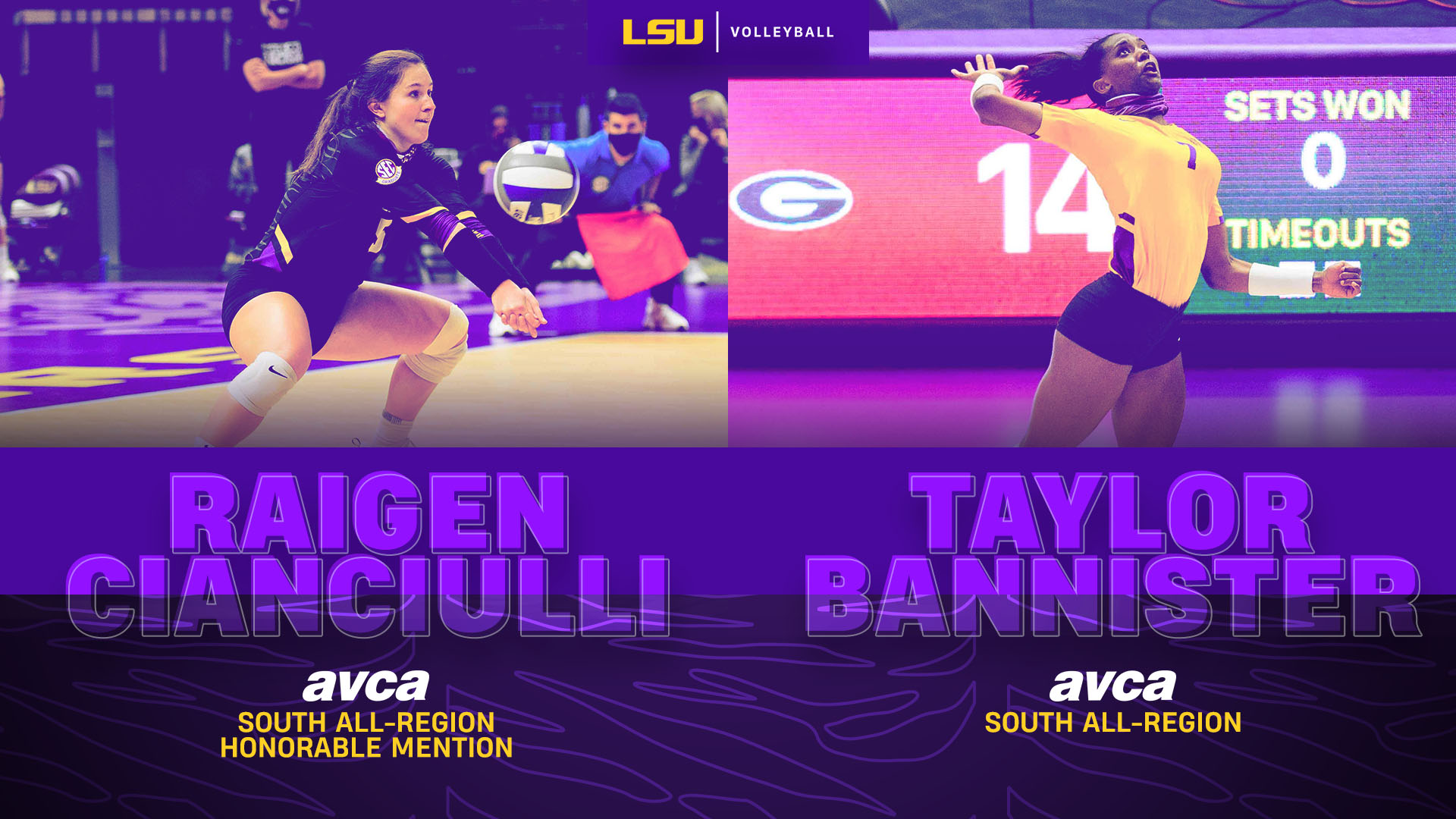 Bannister, a right-side, and Cianciulli, a libero, were both seniors last season, but will be back in the fall as they were granted an extra year of eligibility.

This is the fourth straight season that Bannister has earned South All-Region honors by the AVCA. She earned a spot on the All-SEC team last week too.

Throughout the season Bannister was dominant. She finished the year with 385 kills in 88 sets to average 4.38 kills per set, the second highest mark in the SEC. Her 5.11 points per set were also the second most in the league.

This is the second time in Cianciulli’s record-setting career that she has earned AVCA South All-Region Honorable Mention honors, earning the award following the 2017 season as well.

Cianciulli tallied 276 digs throughout the course of the 2020-21 season on her way to setting the LSU record for digs in a career. She entered the season in the No. 3 spot on the list, needing just 108 digs to set the record.

On February 19 on the second night in a row hosting Arkansas, Cianciulli set the record and became the first player in program history to surpass 1,600 career digs, finishing the night with 19 digs, tied for her season high at that point. In the two-match set against the Razorbacks, Cianciulli finished with 36 digs and averaged 4.50 digs per set. She was named SEC Defensive Player of the Week for her performance and the record.

The following weekend in two matches against Ole Miss, Cianciulli had 38 total digs for 4.88 digs per set. She set a new season-high in the second match vs. the Rebels, tallying 26 digs.

Two weeks later when LSU hosted Georgia, Cianciulli played some of her best defense of the season, propelling the Tigers to two wins and once again earning SEC Player of the Week. In the first match vs. the Bulldogs, Cianciulli was all over the court, compiling 20 digs in the five-set win. She also had 10 assists in the match, completing just her second career double-double. Coming back the next day, Cianciulli raised her level of performance on defense in a four-set victory with her ultimate season-high of 27 digs. Throughout the two matches she averaged 5.22 digs per set.

Throughout the season the libero from Spring, Texas was one of the top defenders in the SEC with 3.68 digs per set, the third best mark in the league.