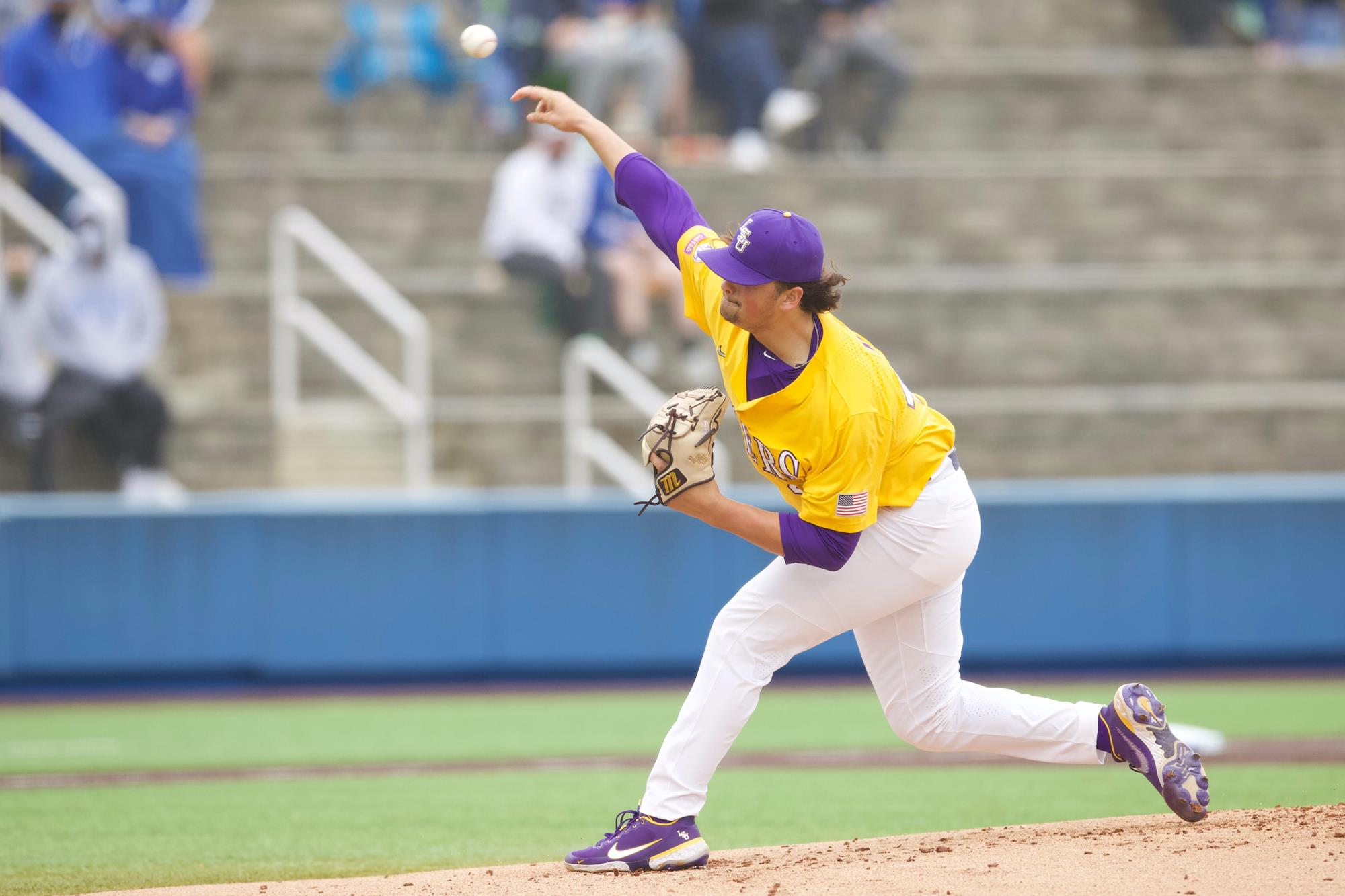 LSU returns to action at 6:30 p.m. CT Tuesday when the Tigers play host to Grambling in Alex Box Stadium, Skip Bertman Field. The game will be streamed on SEC Network +, and it may be heard on affiliates of the LSU Sports Radio Network.

“I thought we played two great ball games on Friday and Saturday, and it was a two-run game in the seventh today before it got away from us,” said LSU coach Paul Mainieri. “A lot of positive things happened this weekend, and we showed a lot of balance in our lineup to go along with some outstanding pitching. We’ll identify areas in which we need to improve and continue to look forward to another challenging week of games.”

LSU freshman right-hander Blake Money (1-1), making his first career start, was charged with the loss as he allowed five runs on six hits in four innings with no walks and six strikeouts.

Kentucky starter Zack Lee (3-2) earned the win as he worked five innings and limited the Tigers to one run on four hits with three walks and six strikeouts.

Kentucky took its first lead of the series in the first inning when catcher Coltyn Kessler launched a two-run homer, his second dinger of the season.

The Wildcats extended the lead to 4-0 in the third on a two-run homer by centerfielder Austin Schultz, his first dinger of the year.

LSU narrowed the deficit to 4-1 in the fourth when designated hitter Cade Beloso delivered an RBI single.

Kentucky regained its four-run lead in the bottom of the fourth on a sacrifice fly by third baseman Jacob Plastiak, but LSU first baseman Tre’ Morgan launched a two-run homer in the seventh to narrow the margin to 5-3.

The Wildcats, however, erupted for eight runs in the seventh, as leftfielder Oraj Anu blasted a two-run homer and first baseman T. J. Collett lined a three-run double to highlight the outburst.