No. 4 Beach Sweeps Battle on the Bayou on Senior Weekend 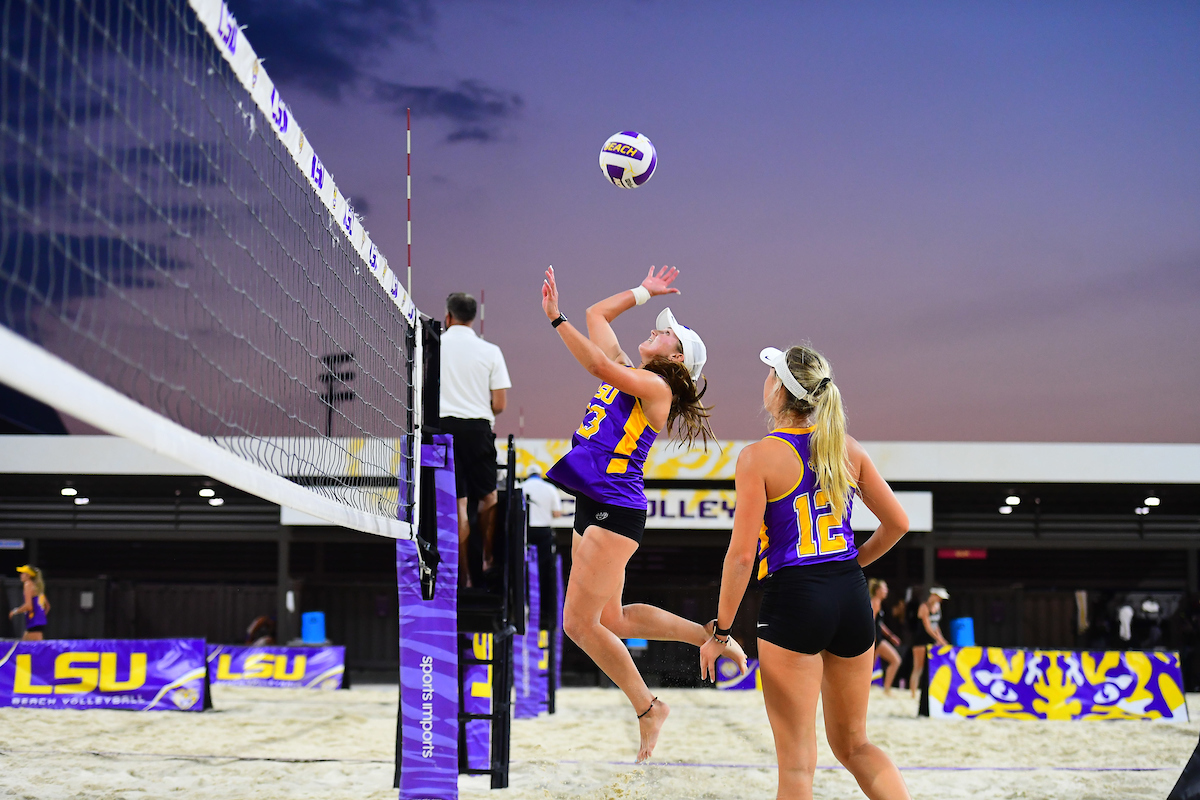 BATON ROUGE – The No. 4 Beach Volleyball team won its final three home matches of the season Saturday at the Battle on the Bayou against New Orleans, Texas A&M-Kingsville and ULM. The Tigers honored their 11 seniors following the win over ULM, a class that has been instrumental in the rise of LSU Beach Volleyball.

“To have a group that big with so many accolades,” coach Russell Brock explained, “statistically, they’ve just meant so much to our program. That’s just scratching the surface. My hope is that as people understand who they are and what they mean to our program, they’ll be more impressed by their character, they’ll be more impressed by the way they’ve cared for each other, by the way they’ve cared for this team, this program and university.”

A group that has helped lead LSU Beach Volleyball become one of the premiere programs in the nation! pic.twitter.com/BmnVPCkuLA

During the senior presentation, it was announced that Kristen Nuss is the all-time winningest player in the history of college beach volleyball. Last weekend in California she passed UCLA’s Izzy Carry who had 123 in her career. After this weekend’s action Nuss has 130 dual wins and counting. Claire Coppola is just a few behind Nuss with 120.

“Today as a whole was really, really good,” said Brock, “and it sets us up well for another week of training and another big tournament next weekend.”

LSU will close out its regular season next weekend in Gulf Shores at a tournament hosted by No. 3 Florida State.

After going 2-0 Friday at the Battle on the Bayou, LSU finished strong with three more wins on Saturday. The day started with an LSU sweep over New Orleans. Grace Seits and Kahlee York made quick work on Court 5, 21-15 and 21-8. Taryn Kloth and Kristen Nuss, the nation’s best pair, took Court 1, 21-10 and 21-14. Claire Coppola and Kelli Greene-Agnew also handled their business on Court 2 in straight-sets, 21-14 and 21-12.

For the ULM match under the lights there was a special atmosphere for the senior’s final time competing at LSU Beach Volleyball Stadium. With that passion LSU surged to a decisive sweep over the Warhawks.

York paired up with Olivia Ordonez on Court 5, but it was the same result as that was the first pair to finish, 21-5 and 21-17. Ordonez, formerly Olivia Powers, earned her 80th career victory, becoming just the fourth player in program history to reach that mark.

Kloth and Nuss stayed perfect, 21-10 and 21-8. The two have won 41 and 39 matches in a row, respectively, dating back to last season when they played with different partners.