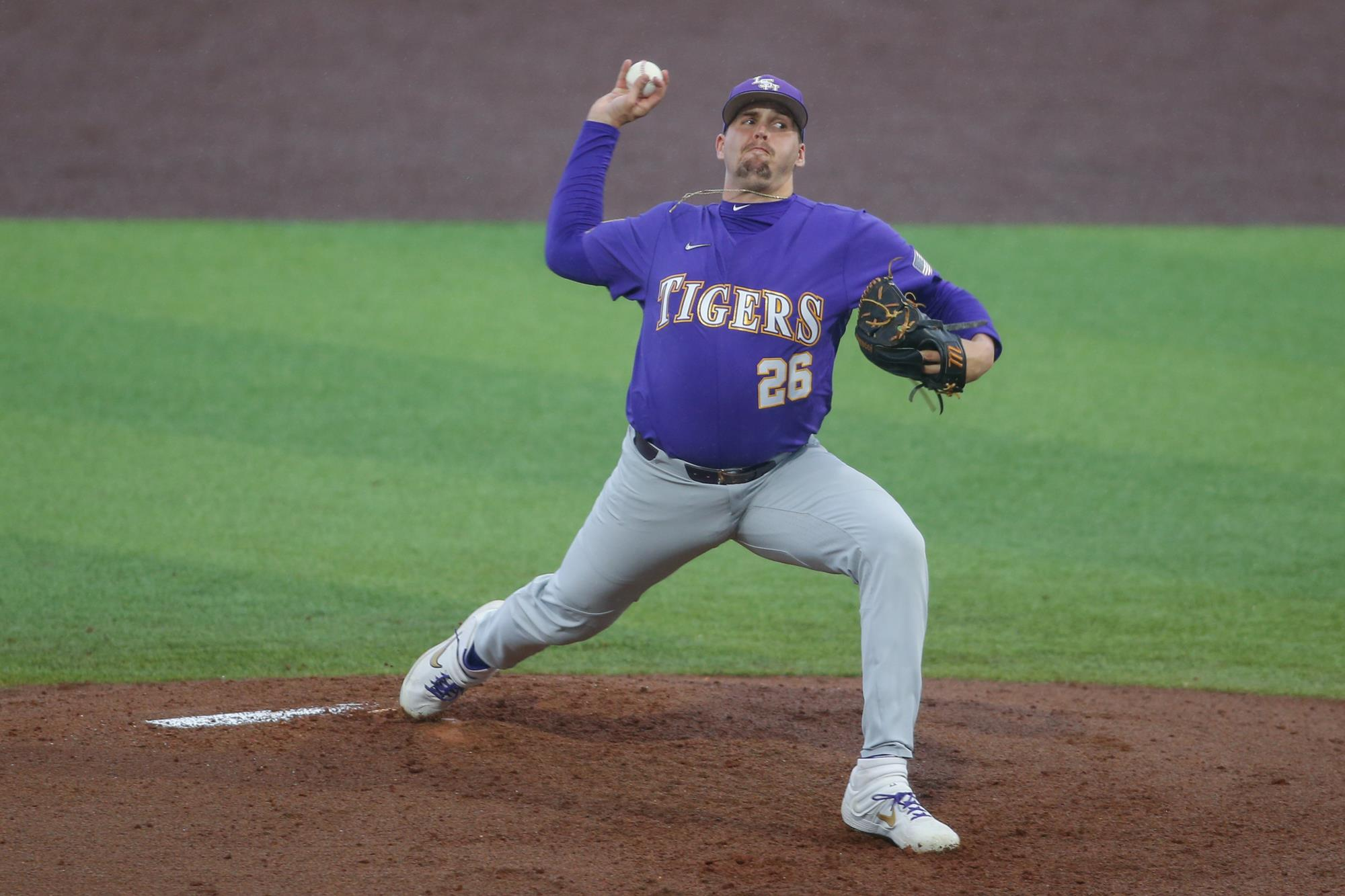 The teams meet in the series finale at 12 p.m. CT Sunday. The game will be streamed on SEC Network +, and it may be heard on affiliates of the LSU Sports Radio Network.

Labas (2-0) limited the Wildcats to three runs on six hits in six innings with one walk and six strikeouts, firing 98 pitches. Freshman right-hander Garrett Edwards retired the side in order in the bottom of the ninth inning to earn his third save of the season.

“I thought we played a good ball game for the second night in a row,” said LSU coach Paul Mainieri. “We came out again and had some really good at-bats and built a lead, and AJ pitched really well. I didn’t think Kentucky would go away, they didn’t, and they battled us right to the end. We were able to hang on, and it was a good win for us.”

Kentucky starting pitcher Ryan Hagenow (1-2) was charged with the loss, as he surrendered two runs on no hits in 1.1 innings with four walks and two strikeouts.

The Tigers expanded the lead to 4-0 in the second when Dugas tripled and scored on third baseman Cade Doughty’s single, and Beloso contributed a sacrifice fly. The triple by Dugas was the first of his LSU career.

A solo homer by Kentucky rightfielder Cam Hill narrowed the gap to 4-1 in the bottom of the third.

LSU, however, responded in the fourth with a two-run homer by Dugas, his ninth dinger of the season. Beloso’s RBI single in the fifth increased the margin to 7-1.

Kentucky plated four runs in the seventh in a rally highlighted by a two-run single by first baseman T.J. Collett and an RBI single by Hill.

The Wildcats added a run in the eighth to cut LSU’s lead to 7-6, but reliever Devin Fontenot ended the inning by getting Hill to ground into a fielder’s choice with runners on the corners.

“Devin just emptied his tank and gave us everything he had,” Mainieri said. “And I had all the confidence in the world that Garrett Edwards would come in and do the job in the ninth inning.”

Thompson’s two-out, RBI single in the top of the ninth scored Doughty with a huge insurance run for the Tigers before Edwards retired the Wildcats in order in the bottom of the frame to end the game.