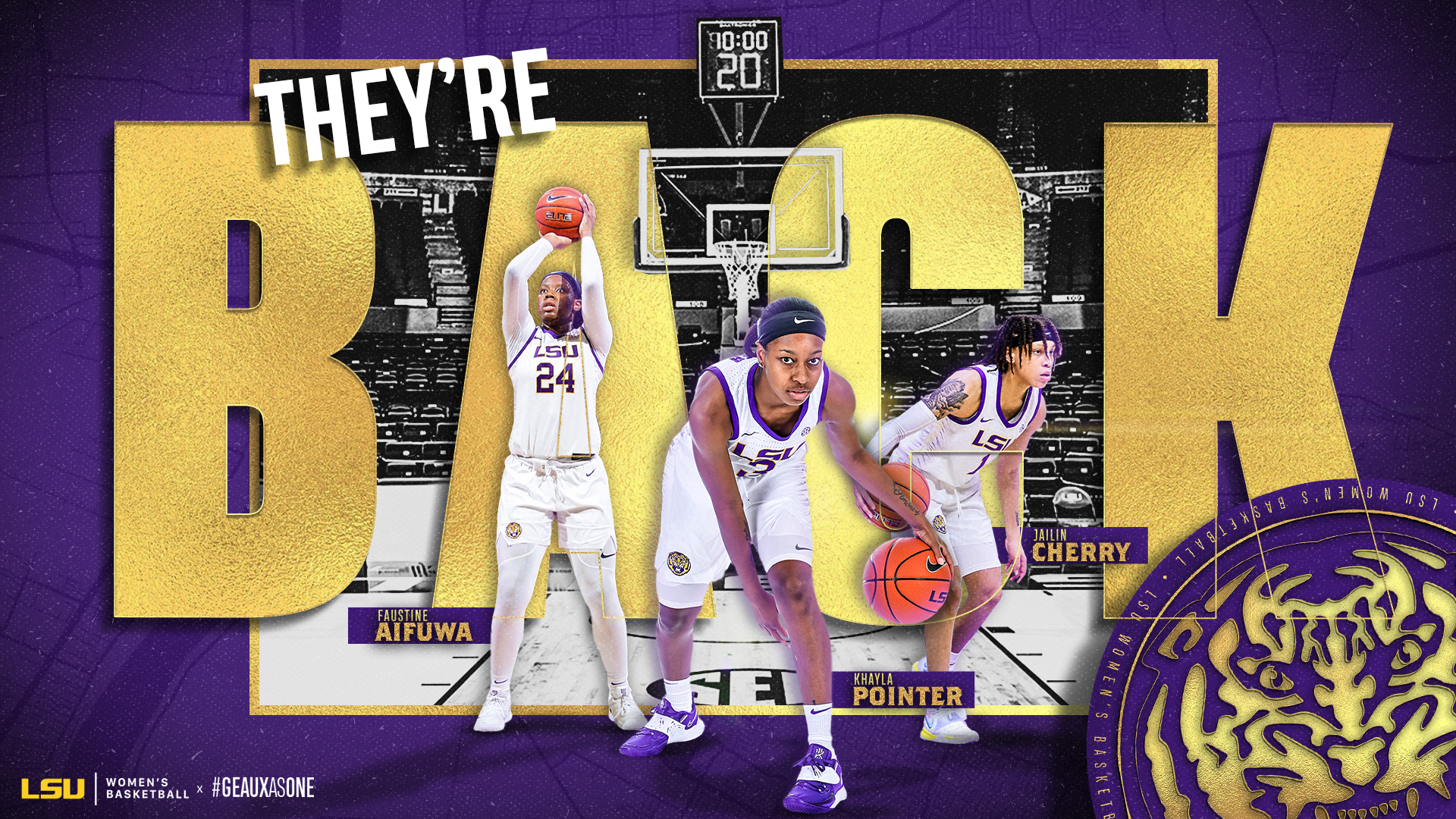 “We are thrilled that Khayla, Jailin, and Faustine have decided to return and finish what they started,” said head coach Nikki Fargas. “They bring a wealth of leadership on and off the court. More importantly, they will have already graduated with a degree. They are driven to make sure LSU is back on the National scene. With the return of this nucleus, the phenomenal freshman class, and the impactful transfers, LSU will be a major contender for this upcoming season.”

Point guard and niece of Fargas, Khayla Pointer, is not done playing for her aunt just yet. The return of these three players will bring back a strong core of veterans for the 2021-2022 season.

During the 2020-2021 season, Pointer reached 1,000 career points against Loyola Marymount in December. She averaged 16.9 points and 4.1 rebounds per game, earning a career high of 27 points against Florida on February 11. Overall last season, she had 372 points, 90 rebounds, 29 three-pointers, 90 assists, 55 steals and shot over 60% from the free throw line. The guard was also named to the All-SEC first team and SEC All-Defensive team in March.

Faustine Aifuwa earned a career high of seven blocks against South Carolina in February. Her performance in that game made her the second Tiger in LSU history to surpass 180 blocks, reaching 182. Aifuwa averaged 11.0 points, 8.9 rebounds and 1.8 blocks per game. Over the season, she accumulated a total of 243 points, 195 rebounds, 39 blocks, 17 steals and 13 assists.

Jailin Cherry went for 78 total points, 40 rebounds, 25 steals, 18 assists and one block during the 2020-2021 season. She earned a career high of 19 points in the Tigers game against South Carolina in February.

The team won six SEC games, including handing No. 7 Texas A&M its only loss during the 2020-21 regular season, 65-61 in overtime. The Tigers advanced to the quarterfinals of the SEC Tournament after defeating Mississippi State, 71-62.

Due to the COVID-19 pandemic, fall-winter sport athletes were granted an extra year of eligibility.