Start Time of Game 2 Moved to 5:30 p.m. CT Saturday Due to Threat of Severe Weather 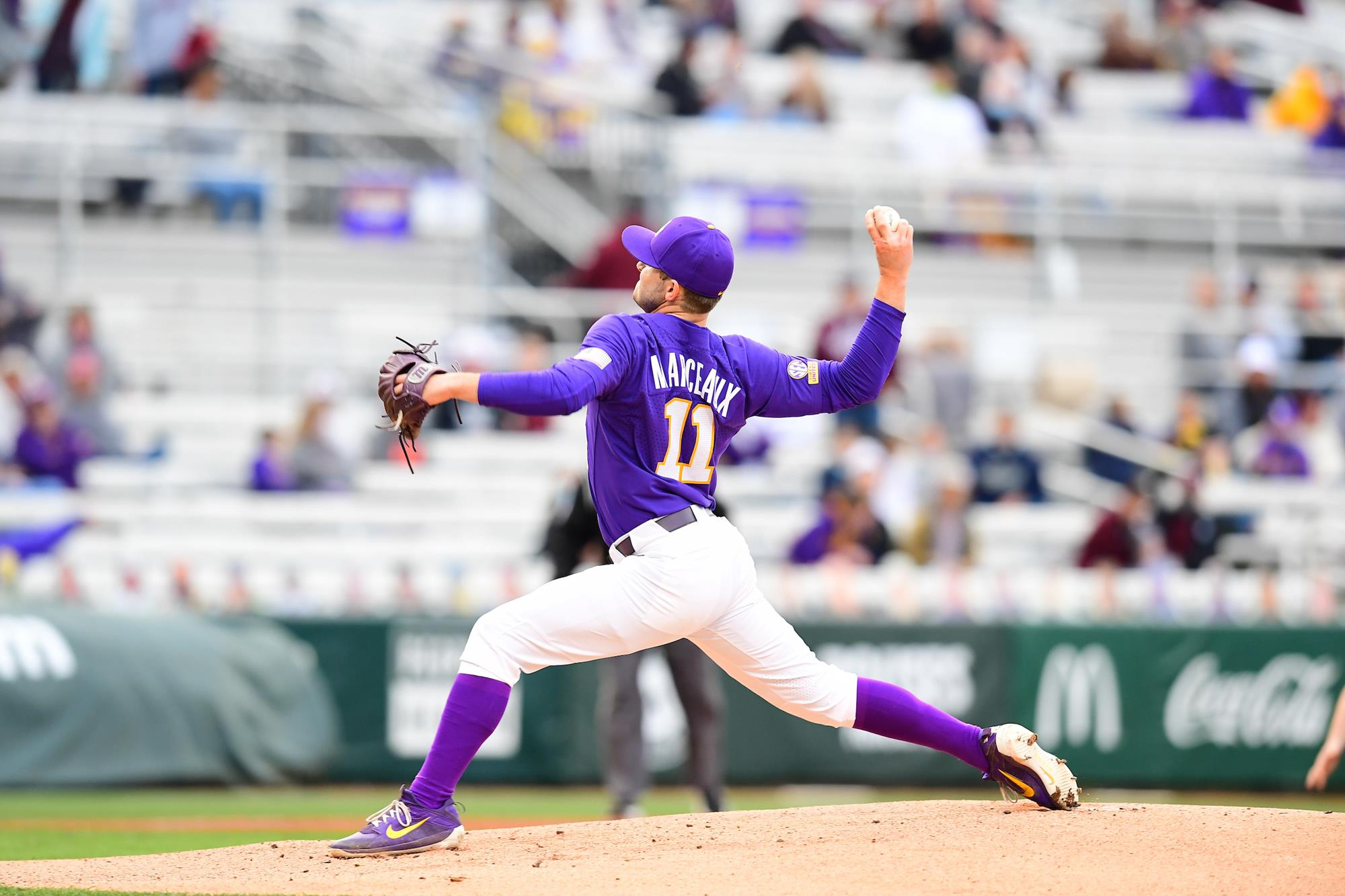 The teams meet in Game 2 of the series at 5:30 p.m. CT Saturday – the game will be streamed on SEC Network+, and it may be heard at LSUsports.net/live and on affiliates of the LSU Sports Radio Network.

Saturday’s game was originally scheduled to start at 1 p.m. CT; however, the threat of afternoon thunderstorms in the Lexington area pushed the starting time to the evening.

Marceaux (3-3) pitched 7.1 innings, limiting Kentucky to one earned run on seven hits with no walks and eight strikeouts. He fired 99 pitches in the outing, 71 for strikes.

Relievers Devin Fontenot and Trent Vietmeier combined to blank the Wildcats over the final 1.2 innings.

“Landon pitched tonight the way he’s pitched all season; he was tremendous,” said LSU coach Paul Mainieri. “We gave him plenty of offensive support – we had 17 hits and plenty of hard-hit balls that were outs. It feels great to get the win, but I always tell the players after a win or a loss, it’s just one game. Kentucky has a very good ball club, and when tomorrow’s game starts, the score is back to 0-0. We’ll enjoy this win for a little while and then turn our focus to Game 2.”

Kentucky starter Cole Stupp (3-2) was charged with the loss as he surrendered eight runs on 12 hits in five innings with no walks and four strikeouts.

Crews blasted a solo homer – his ninth dinger of the season — in the top of the first inning to give LSU a 1-0 lead.

The Tigers expanded the margin to 3-0 in the fourth when Travinski lined a two-run single to score third baseman Cade Doughty and DiGiacomo, who had posted back-to-back singles to start the inning.

LSU exploded for five runs in the fifth as Dugas unloaded a two-run homer — his eighth of the season — Beloso delivered a two-run single and Travinski lifted a sacrifice fly.

Morgan’s solo homer – his third blast of the year — to lead off the sixth increased the LSU lead to 9-0.

Kentucky narrowed the gap to 9-2 with single runs in the sixth and seventh, but LSU erupted for six runs in the top of the ninth. The outburst was highlighted by a two-run double by Morgan, a two-run single by Beloso and Travinski’s RBI single.