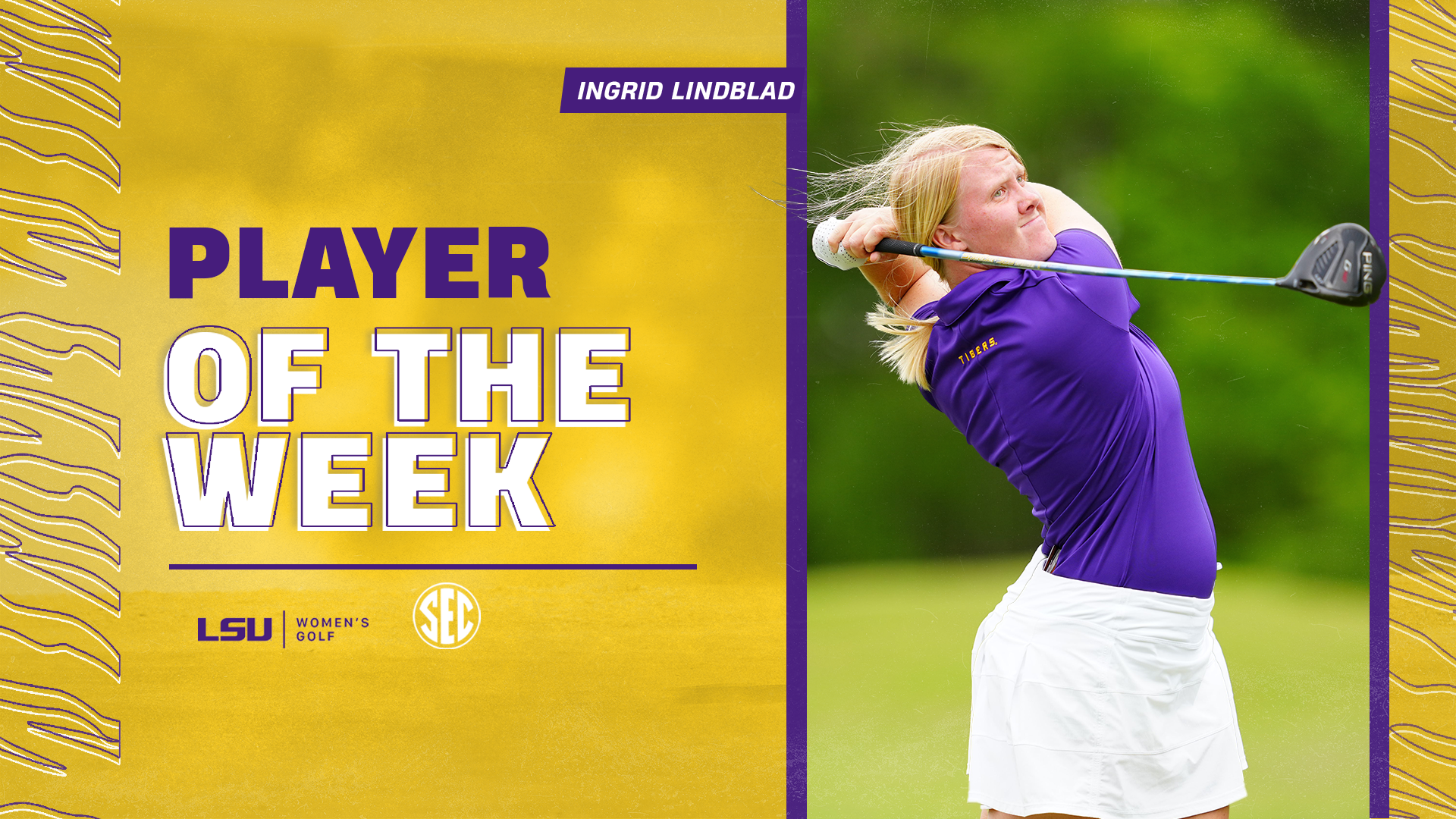 BATON ROUGE – After an outstanding third place tie in the Augusta National Women’s Amateur and her second straight collegiate win at the LSU Tiger Golf Classic, LSU sophomore Ingrid Lindblad was named on Thursday the Southeastern Conference Women’s Golfer of the Week.

Lindblad, who won the Liz Murphey Collegiate Classic in Athens, Georgia, the week prior to the ANWA, returning home and on Tuesday and Wednesday posted three rounds under par to capture the LSU title on her home course, the University Club.

The sophomore from Sweden posted consistent rounds of 71, 70, 70 finish 54-holes at 5-under 211, winning the event by three shots. Lindblad led the field on the par 4s in the tournament at 4-under par and was 2-under on the par 5s. She posted 14 birdies, second in the field, over the tournament.

Lindblad helped the Lady Tigers score a solid win in the Classic as the No. 4 ranked team in women’s college golf shot a 12-under par 852 over the two-day event which included a second round of 10-under par 278.

Lindblad now had four individual college titles in her two years at LSU, putting her fourth all-time in career victories at LSU behind only Jenny Lidback (7), Kristi Coats (6) and Megan McChrystal (5).

The Tigers will compete next week in the Southeastern Conference golf championships in Birmingham, Alabama.