Beach Drops To No. 4 In AVCA Poll 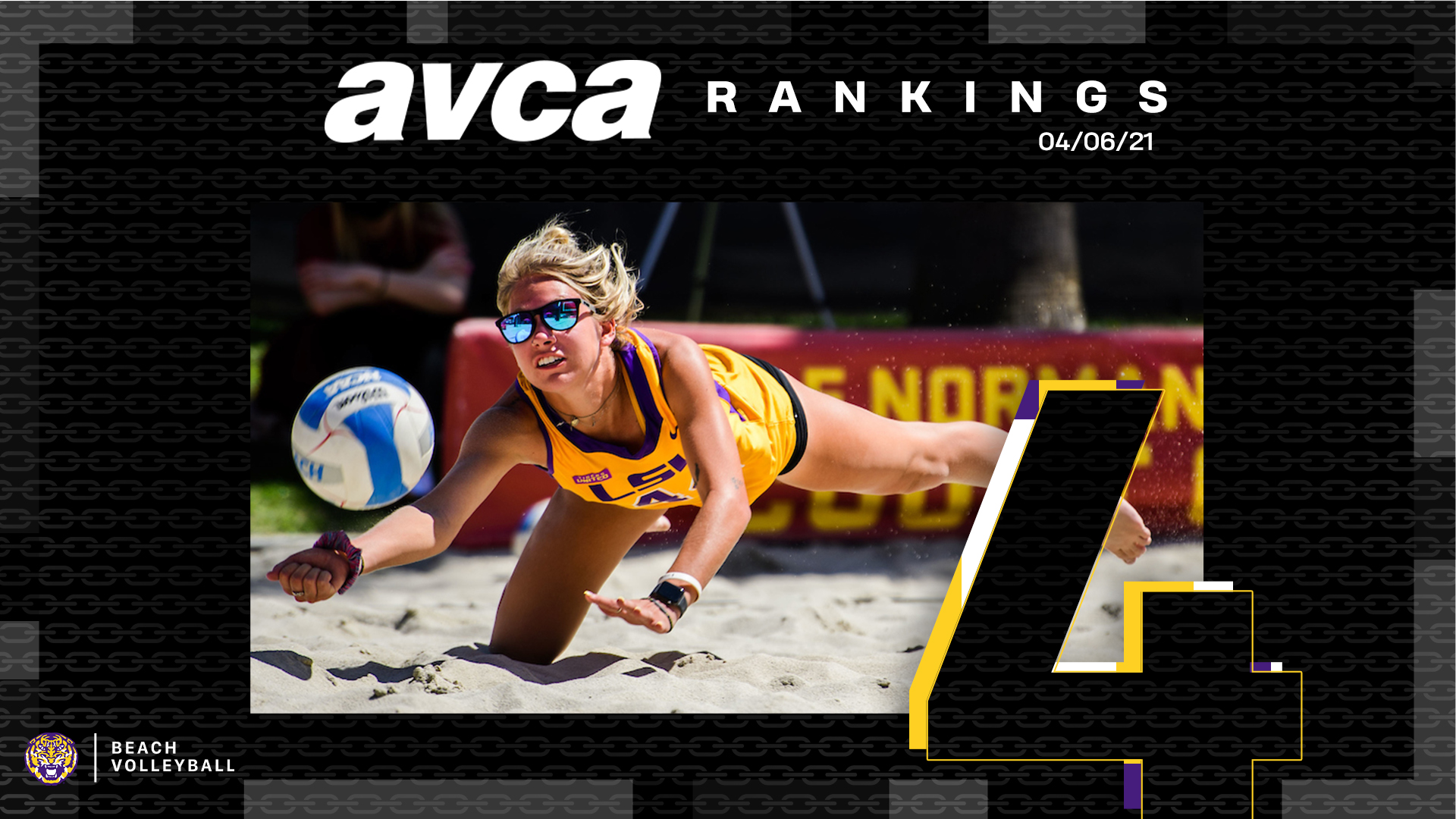 BATON ROUGE – After going 1-3 this weekend in Los Angeles against USC and UCLA, the LSU Beach Volleyball team fell to No. 4 in the latest AVCA Poll released Tuesday afternoon.

“Across the board there is improvement that needs to be made and every weekend that is evident,” head coach Russell Brock said Sunday. “This weekend was extra important for that feedback because you’re playing against the teams that matter most in the landscape of our sport.”

The Tigers have been featured inside the AVCA Top-Four for 20 consecutive polls, dating back to the Week 3 Poll of the 2019 season.

Despite going 1-3 over the weekend, the trip to California revealed that LSU can compete with any of the other three top-four teams in the nation. LSU, FSU, UCLA and USC have been the only teams in the top-four for the entire season. Florida State also went 1-3 against the same teams over the weekend. Both LSU and FSU went 1-1 at USC and 0-2 at UCLA. Every match in California was tightly contested.

UCLA took over the top spot after a 4-0 weekend while both USC and FSU dropped one spot each to No. 2 and 3, respectively.

LSU dropped both matches Saturday at UCLA before splitting two matches at USC on Sunday.

“I think that that’s the character of our team,” said Brock. “We played better today against a team that is really strong and deep. I think we still left a bit on the table, but I’m glad it’s in the middle of the season and not in Gulf Shores in May.”