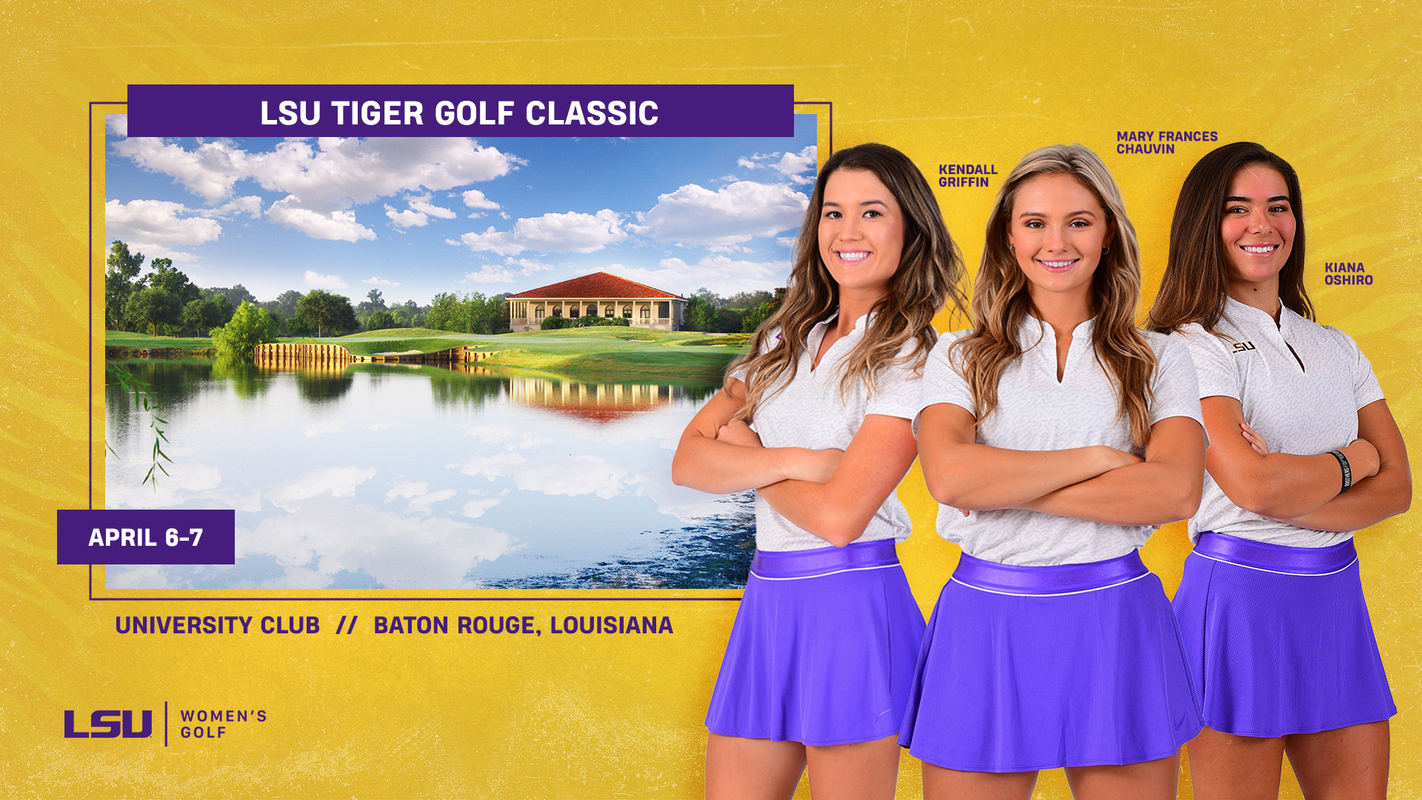 BATON ROUGE — The No. 4 LSU women’s golf team is back in action as they continue their spring season this Tuesday through Wednesday to host the LSU Tiger Golf Classic in Baton Rouge at University Club Golf Course.

The two-day, 54-hole competition will feature 36 holes on Tuesday and a final round on Wednesday with the U-Club par 72 layout playing at 6,350 yards. The University Club will host the event for the 20th time.

Both days of competition will begin at 8:30 a.m. CT. LSU will be paired with Florida State and Ole Miss in Tuesday’s first round. Live scoring updates will be available at Golfstat.com.

LSU earned a seventh-place finish two weeks ago at the Liz Murphey Collegiate in its last time out on the competition course.

Lindblad continues to lead the Tigers this season. Ranked No. 4 by WAGR, Lindblad is shooting a 70.67 average and has posted seven Top-10 finishes, including her first place finish at the Liz Murphey Collegiate two weeks ago and a tie for third at the Augusta National Women’s Amateur over the past weekend.

Stone is currently ranked No. 86 by WAGR and is shooting an average of 72.71. Stone achieved her third Top-5 finish of the season at the ICON Invitational where she shot a school record-tying 8-under 64 in the final round.

Griffin is third on the squad with a 74.24 average. Tejedo Mulet is fourth on the squad at 74.05 in the first 21 rounds of her collegiate career.

Wallace will be making her second appearance of the season and is averaging 75.33 strokes per round.

LSU has won the spring classic, which dates back to 1982 when it started at the old Fairwood Country Club, nine times with its last win in 2018. Former champions in the field include Florida State (a four-time winner) and Arkansas and Auburn (both three-time champions).

Campbell won the last renewal in 2019 as the event was canceled in 2020 because of the pandemic.

Claudia DeAntonio in 2018 is the last LSU individual champion, winning with a three-round score of 3-under 215. Ten LSU golfers over the years have captured the individual crown.