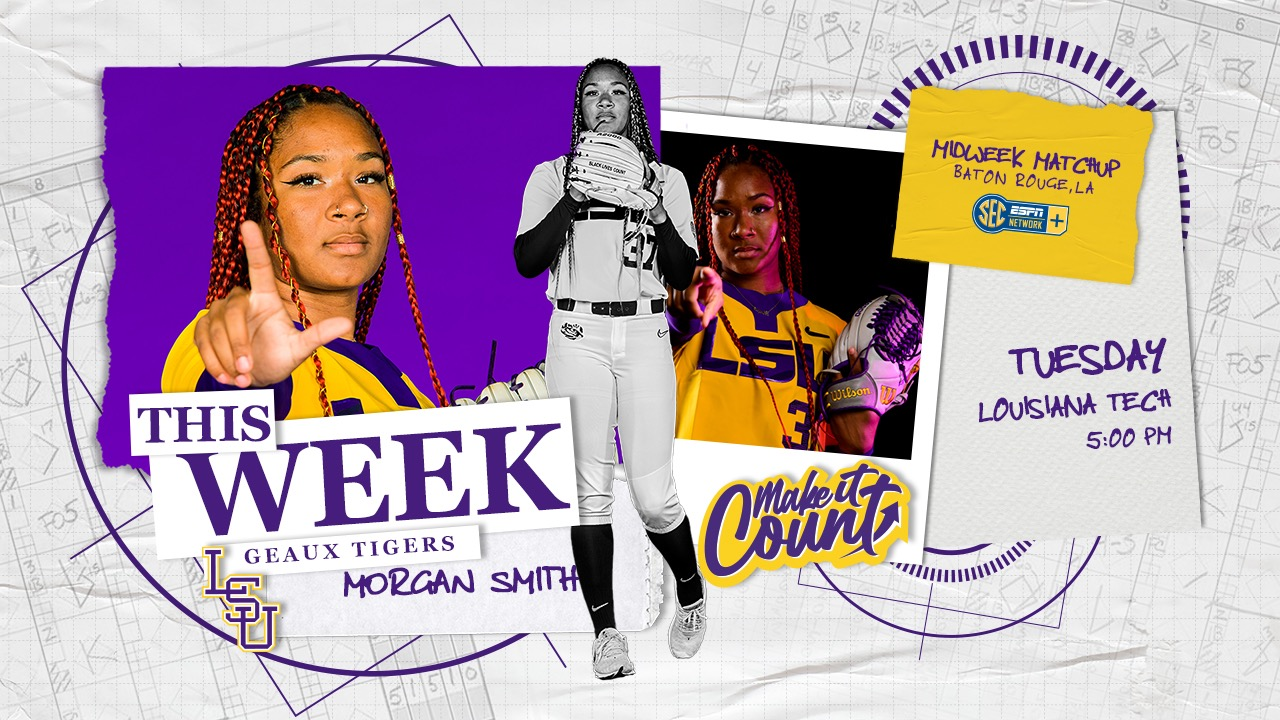 The Tigers went 2-1 over the weekend against Ole Miss in three tight games. The squad walked off the Rebels in eight on Thursday night. With the bases loaded, Georgia Clark’s infield single scored Aliyah Andrews for the victory. Shelby Sunseri threw eight shutout innings to earn the win

LSU clinched the series on Friday with a 3-2 victory. Taylor Pleasants broke the tie in the sixth inning on a solo shot to left-center field. Ali Kilponen picked up the win in relief of game two.

The Tigers are batting .262 as a team in 33 games. Elven players have contributed to the squad’s 36 home runs on the year. Pleasants (.333), Aliyah Andrews (.330) and Ciara Briggs (.300) lead the team in batting average. Pleasants and Amanda Doyle own a team-leading 27 RBI and Doyle has a team-best seven home runs.

About Louisiana Tech
The Lady Techsters have won eight of their last game and are coming off a series win over UTSA. Louisiana Tech took three out of four games in San Antonio, highlighted by a sweep in Saturday’s doubleheader.

Louisiana Tech is hitting .254 as a team in 27 games. KB Briley and Zoe Hicks lead the way for the squad each with a. .279 batting average.

Series Record
The Tigers lead the all-time series against Louisiana Tech, 19-0. LSU last played the Bulldogs in 2018 during the Purple and Gold Challenge. The Tigers walked off Louisiana Tech in the ninth inning for a 2-1 win.

What’s on Deck
LSU begins a stretch of 10-straight games on the road at Missouri Friday-Sunday. The first two games of the SEC series will be streamed on SEC Network+ and Sunday’s contest will be televised at 1 p.m. on ESPNU. For a full schedule, click here.