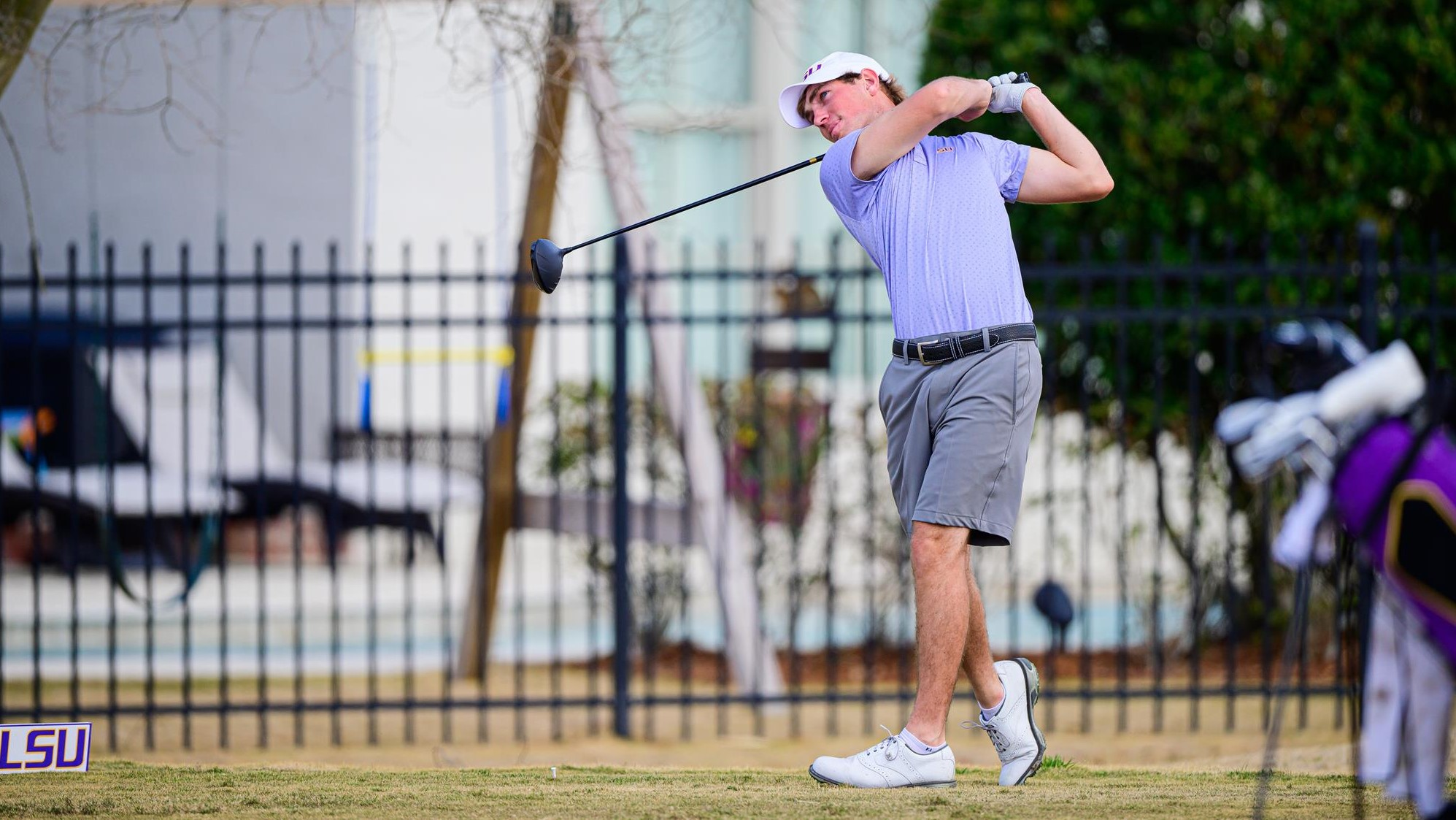 The Country Club of Birmingham proved tough on day one as only one team, No. 23 North Florida, shot under par with a 1-under 283. Individually, Doyle was one of 10 players in the field of 81 competitors to shoot under par; Doyle is four strokes off the individual leader, Michael Mattiace (North Florida), who shot a 5-under 66.

Doyle started the day off with two birdies in his first four holes before cooling off the rest of the way with three birdies, seven pars, and four bogeys. Doyle’s five birdies in the round ranked as the third most on the day. The 1-under 70 has him tied for fourth and marks the fourth time in his last seven rounds that he has shot even par or better.

Although LSU is in 10th as a team, they are only six strokes out of second place as teams slotted second through ninth range from 2-over 286 to 6-over 290.

Garrett Barber, Nicholas Arcement and Michael Sanders all turned in counting scores of 3-over 74 towards LSU’s team score which has them all tied for 40th. Connor Gaunt (T62nd) and Hayden White (79th) shot scores of 5-over 76 and 9-over 80, respectively.

LSU will tee off at 7:30 a.m. CT on Tuesday morning from hole No. 10 alongside Mississippi State and a number of individual competitors.