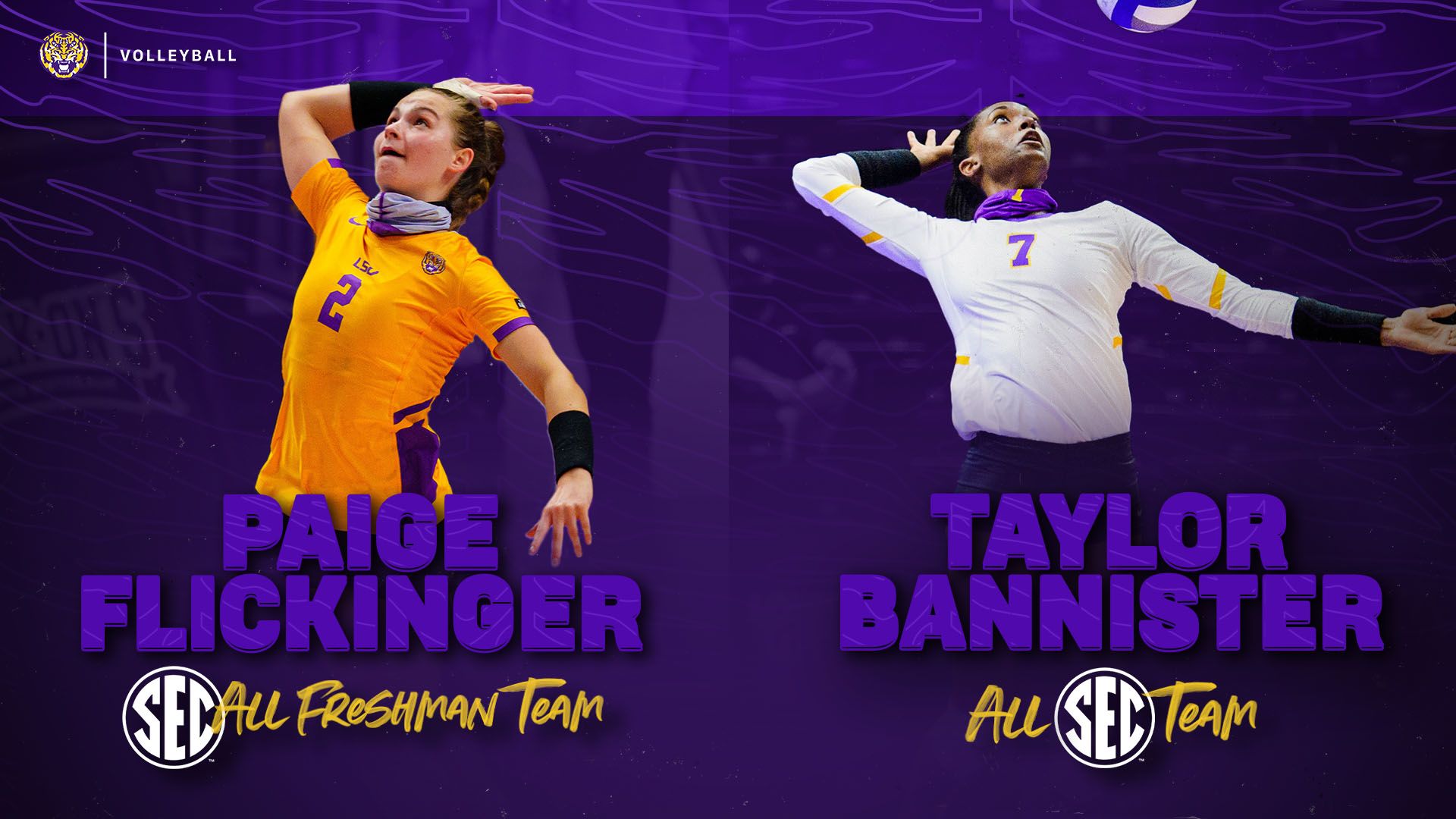 The All-SEC Team, which consists of 18 student-athletes, along with the seven-member All-Freshman squad were chosen by the league’s head coaches.

This is the fourth season in a row that Bannister has earned All-SEC honors. The Missouri City, Texas native was also on the 2017 SEC All-Freshman team.

Throughout the season Bannister was dominant. She finished the year with 385 kills in 88 sets to average 4.38 kills per set, the second highest mark in the SEC. Her 5.11 points per set were also the second most in the league.

“Taylor once again demonstrated that she is one of the best players in the SEC,” said LSU head Coach Fran Flory. “She had an outstanding year and is very deserving of this award.”

Flickinger entered her freshman season after having a great high school at Byron Nelson High School. The Roanoke, Texas native earned Gatorade Texas Player of the Year twice before becoming a Tiger. Flickinger was able to make an immediate impact for LSU.

“Paige had an immediate impact for us and carried a huge role throughout the year,” said Flory. “She is a great volleyball player and certainly earned this recognition on the court.”

Throughout the season that spanned both the Fall and Spring Semesters, Flickinger had seven double-doubles, all of which came with kills and digs. Twice she recorded back-to-back double-doubles. Her final double-double came against Georgia on March 20 and helped LSU win its fourth in a row, the season’s longest winning streak, with 14 kills on 35 attempts with three errors for a .314 hitting percentage and 21 digs.

During LSU’s sweep of Ole Miss on February 27, Flickinger recorded her season and career-high of 20 kills, tied for the most kills in the SEC during a three-set match this season. She had only five errors on 37 swings to finish with a career-high .405 hitting percentage.