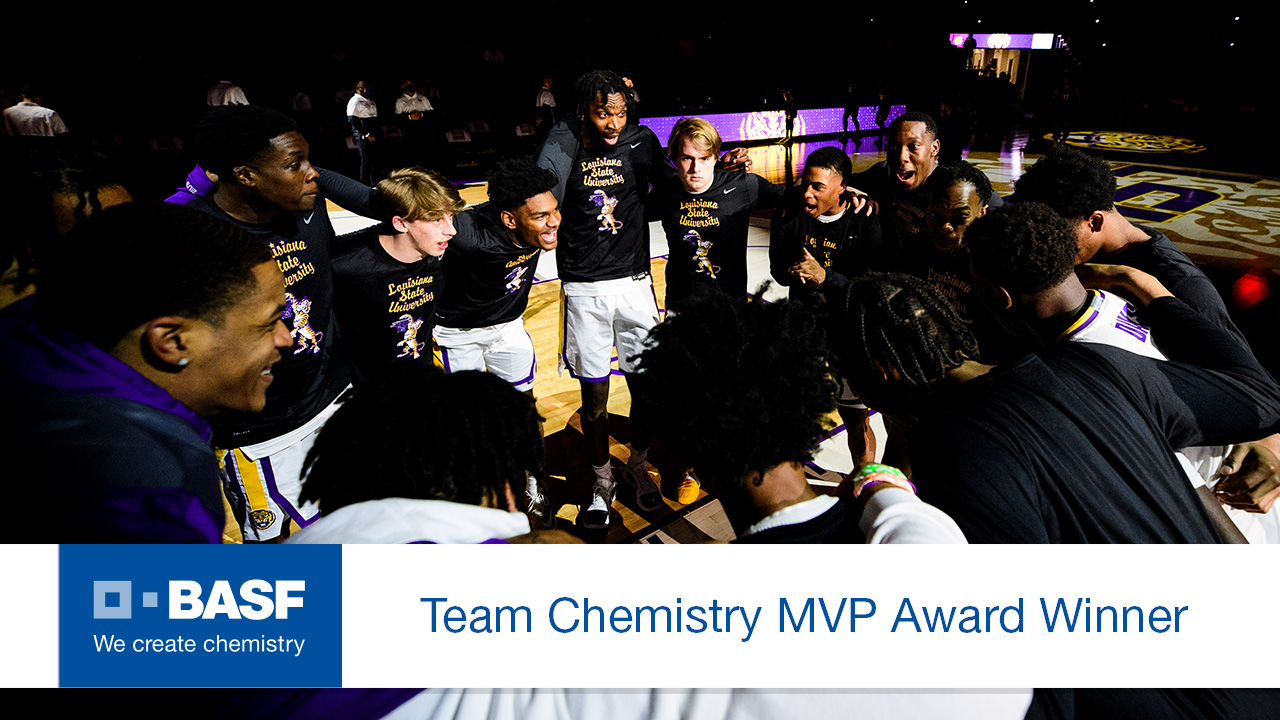 Baton Rouge, La. – The LSU men’s basketball has earned BASF Team of the Month honors for the month of March. The Tigers went 5-2 in a span of seven games that included trips to the SEC title game and the second round of the NCAA Tournament.

LSU made a spirited run to the SEC championship game with a quarterfinal win over Ole Miss (76-73) on March 12 before knocking off No. 8 Arkansas in the semifinals, 78-71. LSU gave No. 6 Alabama all it could handle and wound up falling by one point, 79-80, in the conference championship game. LSU concluded the SEC Tournament with a record of 18-9 overall for the 2020-21 season and entered the NCAA Tournament as an eight seed.

Cameron Thomas led LSU with 27 points in the opening round for LSU as the Tigers cruised to a 76-61 victory on March 20 against St. Bonaventure. Aundre Hyatt (13 points, 10 rebounds), Darius Days (13 points, 11 rebounds), and Trendon Watford (11 points, 11 rebounds) all had double doubles in the double digit point victory. The 16 point margin of victory was the Tigers’ fourth-largest in program history at the NCAA Tournament.

The win over the Bonnies advanced LSU to the second round for a matchup against No. 1 seed Michigan. Thomas (30 points) and Javonte Smart (27 points) combined for 57 of LSU’s points in a 86-78 loss that ended the season. LSU had a nine point lead in the first half and even led by six points early on before succumbing to the Wolverines. Smart was a stat stuffer in the game with 27 points, nine boards, and six assists. Thomas’ 30 points made him the sixth player in program history to score 30 or more in an NCAA Tournament game.

LSU concluded the season with a record of 19-10 and it marked the first time since 2005 and 2006 that the Tigers played in two straight NCAA Tournaments.