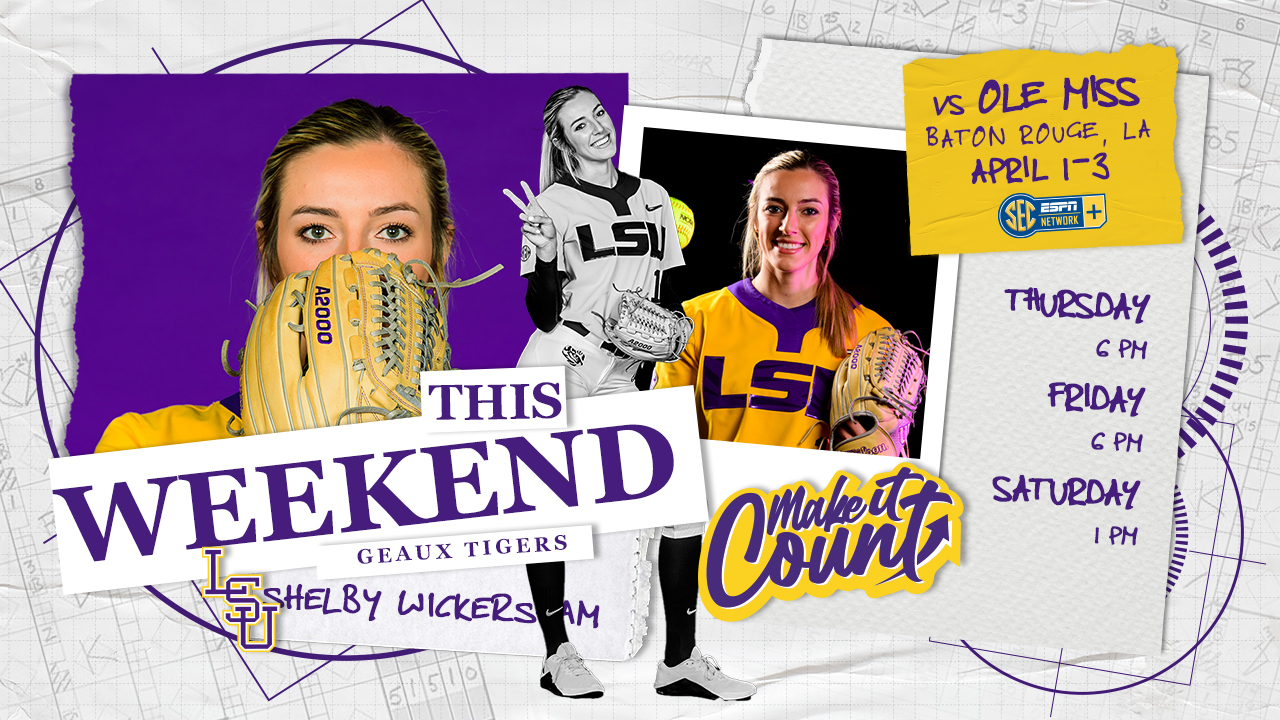 About the Tigers
The Tigers improved to 19-11 overall on Tuesday night with a 7-5 win over ULM at Tiger Park. The win was LSU head coach Beth Torina‘s 400th victory leading the Purple & Gold.

The Tigers have played 16 games against Top 25 opponents and are 6-10 in those games.

At the plate, the Tigers are hitting .260 on the year and averaging 5.10 runs per game. Aliyah Andrews leads the team with a .340 mark and 26 runs scored and is 16-of-17 in stolen bases. Danieca Coffey and Taylor Pleasants are second on the team at the plate as each are hitting .319. Pleasants also has 25 RBI, 18 runs scored and 11 extra base hits. Amanda Doyle leads the team with 27 RBI and seven home runs.

About Ole Miss
The Rebels won a weekend series against Georgia last weekend, 2-1, with wins on Friday (6-4) and Sunday (3-2).

Ole Miss is hitting .293 on the year and has scored 160 runs in 32 games, averaging 5.00 per game. Tate Whitley leads the squad with a .435 batting average. Blaise Biringer is second with a .380 average and leads the team with 41 hits and 19 runs scored. Paige Smith leads the team with 22 RBI and eight home runs.

What’s on Deck
The Tigers concludes the five-game homestand by hosting Louisiana Tech on April 6 at 6 p.m.. Ticket information for LSU home games is available at LSUtix.net. For a full schedule, click here.